It would be much more devastating than just abortion.

Hello!  Just before we get into today's Vortex, we have a brief programming note.

The Vortex you are about to see was shot a day ago  —  before the announcement that President Trump was going to hold his own town hall on NBC tomorrow night, countering the Biden town hall on ABC.

Church Militant was going to air our own LIVE Campaign 2020 Overview at 8 p.m. ET. Now, we are going to pull that special ahead one hour to 7 p.m. ET.

So we are now just 20 days away and no one in the temporal order knows what the outcome is going to be. But Catholics need to really understand all that is at stake here.

And unlike the bishops who will not tell you that abortion is the single most important matter, we realize there is not only abortion but much more at stake here for Catholics. In fact, it's so important that we are airing a live campaign special this Thursday, tomorrow night, at 8 p.m. for one hour.

Since the previously scheduled presidential debate was called off by the Commission on Presidential Debates because the president refused to participate in Zoom conference, Church Militant is using the moment to hit pause and do a campaign overview, giving you loads of information about everything that will happen if the Marxist Democrats win.

Church Militant is using the moment to hit pause and do a campaign overview.

Again, while abortion is hands down the preeminent issue, there are many things that are at stake in this election — there will be a massive fallout for Catholics if it goes the wrong way.

We have much much more to talk about. This may be the most comprehensive and important hour of information for Catholics in this entire campaign. Please make it a point to schedule it now. Tell your friends. Tell them to tune in. America is at the tipping point of becoming Marxist, and this is no joke.

This may be the most comprehensive and important hour of information for Catholics in this entire campaign.

Tomorrow night, tune in at 8 p.m. ET, right here at ChurchMilitant.com. This is what the U.S. hierarchy is wanting you to not think about. 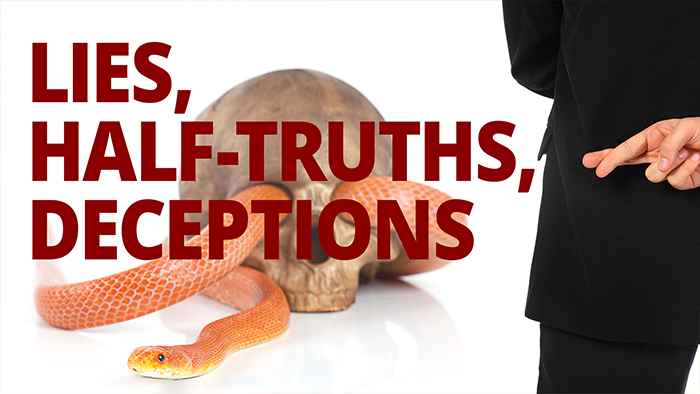 Lies, Half-Truths, Deceptions
The vocabulary of the 'Church of Nice.'