First, a Happy St. Patrick's Day to all of you. I'm first-generation, 50% Irish on my mother's side, God rest her soul, so the day has special meaning to me. So all the best to you and your loved ones.

Now, the issue at hand — the spiritual, or oftentimes lack of spiritual response by the nation's bishops to the coronavirus pandemic. And the same could be said of bishops in multiple countries. Frankly, the response is all over the map.

On one end of the response spectrum, some bishops have responded in a good fashion, issuing clear statements saying prudence and charity would demand that a person who is ill is dispensed from his or her Sunday obligation and should stay home. But they should still do what they can to observe the Lord's Day in a fitting manner befitting their circumstances.

On the other end of the spectrum, various bishops just canceled Masses wholesale, shuttered parishes and said little else beyond press release-sounding phrases. A few bishops bore witness to the spiritual dimension of plagues and pestilence and took to the streets with a deliberately small eucharistic procession. Others essentially put up what amounted to "temporarily out of business" signs on their dioceses.

The whole scene is surreal — a Church, in some aspects, going underground.

In the throes of all this, the mass-confusion about Mass created in the minds of the faithful was, frankly, mind-numbing. Some were not sure if they were dispensed from the obligation, because it was never actually stated that they were. Some didn't know if they showed up if they'd be turned away because there might be too many people in the Church or if the so-called social-distancing space would be enough.

Still others were getting mixed signals about if they could still receive Holy Communion on the tongue because their bishops strongly advised against it. Then they heard their bishops had illicitly forbidden it, while on social media they saw other bishops saying it was okay. Again, for the record, no bishop has the authority to forbid reception on the tongue, period.

Some bishops specifically addressed the sign of peace handshake, or the collection basket being passed around, or the dreadful Protestantized holding hands during the Our Father. Others were completely silent about some or all of those other issues.

What this health situation has caused to happen is the revelation that the U.S. hierarchy is largely a bumbling, fumbling group that can seldom get on the same page, unless it's about pushing the Party of Death-talking points, of course.

Some, in fact, simply overstepped their authority and ordered that Communion on the tongue is forbidden. They don't have that authority, period.

Others just decided to dovetail their diocesan directives with their state governor's guidelines of arbitrary crowd sizes set at no more than 250. No real reason for that number seems to have been provided anywhere, even those state directives raised all sorts of confusion with citizens: What about grocery stores, weddings, etc.?

But the mass-confusion about societal things can be ironed out and clarified. You don't get that same sense with the Mass mass-confusion.

Church Militant was contacted over the weekend by various Catholics around the country who told us they just had made private arrangements with priest friends to offer a private Mass. Some even sent us pictures, which we will not be sharing for obvious reasons. The whole scene is surreal — a Church, in some aspects, going underground — private Masses, secret locations, or at least locations away from public scrutiny.

There are Catholics refusing to submit to illicit orders from their bishops about the manner of reception and priests, likewise, refusing to follow the directives because they have no canonical weight.

And then there are other priests disturbed in conscience over the question of perhaps disobeying their bishop on the one hand while disobeying the 2009 directive from Rome instructing that laity always have a right to receive on their tongue.

In some ways, none of this is really surprising. For decades now, the U.S. hierarchy hasn't even been able to agree on fundamental matters of the Faith or how to address dissent from the Faith. Indeed, some of them have proven to be wolves in shepherds' clothing, and that's putting it mildly.

The trumpet — to use St. Paul — has been halting and uncertain, and the sheep have no idea what or whom to listen to, and when social media and news reports and instantaneous communication from quarters all around the country reveal the nature of all this being all over the map and even contradictory, it just reinforces the reality that the U.S. hierarchy is little else than one big, hot mess.

Frankly, the collective response was more reminiscent of a Keystone Cops movie than the calm, measured hand of authentic leadership. Perhaps the most telling example of just how behind the eight ball the bishops collectively are on all this, it took the Protestant President of the United States to call for a National Day of Prayer. The best the USCCB could come up with was a series of statements from various committees and subcommittees and a reflection from the bishops' president, Los Angeles Abp. José Gómez.

Pray for the bishops.

As far as an actual spiritual response to all of this? Was there a call for eucharistic processions — even small ones — a national livestreaming, or even plans to do so, of the daily Rosary and so forth? Good luck finding anything like that.

On that score, Church Militant prays the Liturgy of the Hours morning prayer followed by the Holy Rosary every weekday morning, and livestreams it straight from our St. Michael's chapel beginning at 8 a.m. ET until approximately 8:40 a.m. We invite you to join us if you are able.

Seek out the underground Church, meaning those faithful Catholics who understand that the spiritual dimension of all this is actually more threatening than the physical.

Pray for the bishops. Those of you who join us each morning already know we offer our Rosaries, in part, for the bishops of the world, especially the bad ones. Who'd have imagined almost 15 years ago as this apostolate began to take form, that we'd be at such a point as this. It's all so surreal.

Stay focused and prayerful. Though the shepherds may fall down on the job, God never abandons His people.

Start thinking today about what you are going to do about this coming Sunday. 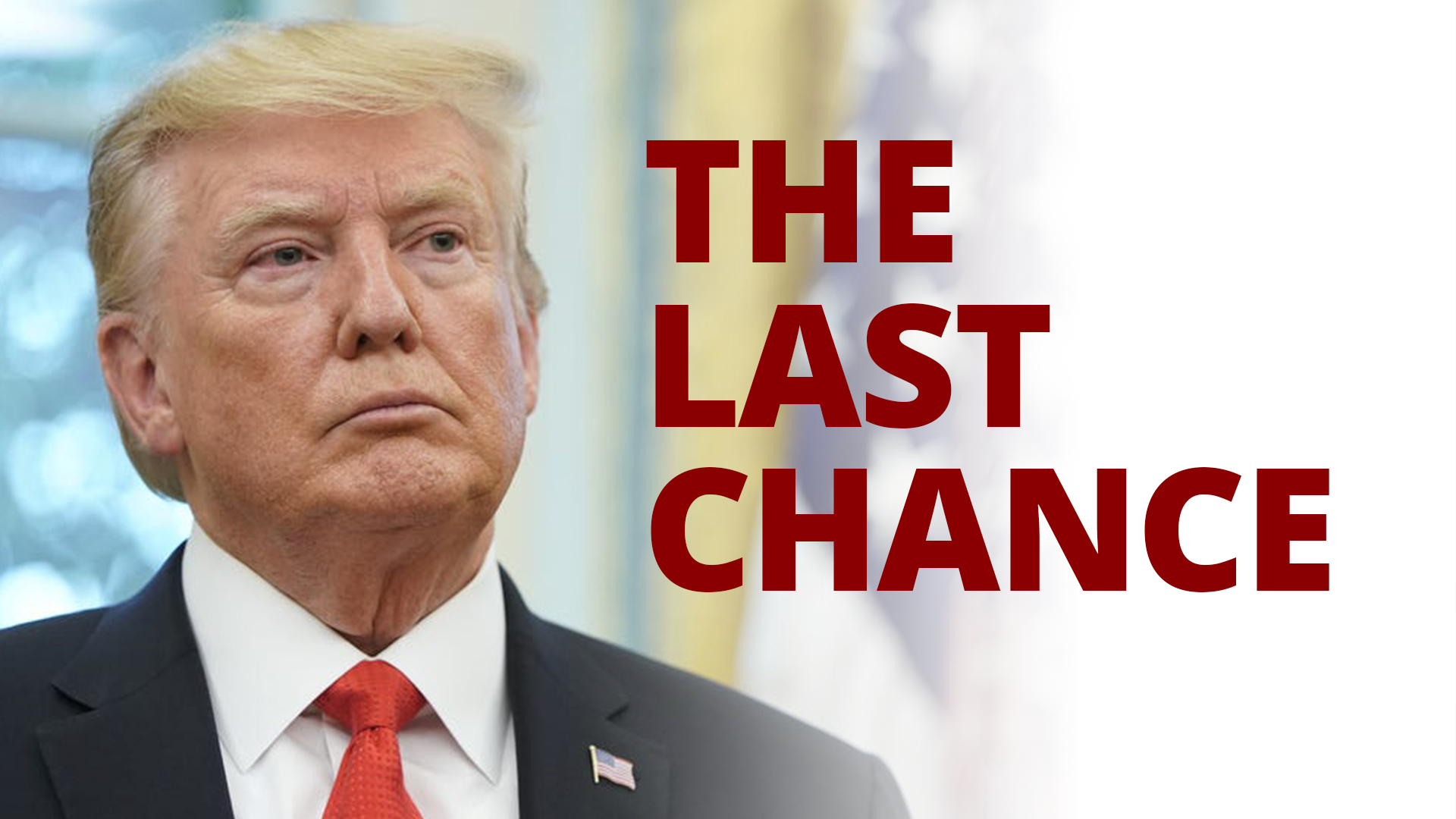 The Last Chance
We've got to be all in.