It's so much deeper than anyone knows.

While the world has been waiting on Pope Francis and his crooked cabinet to release the report on the evil empire and clerical accomplices of homopredator and former cardinal, Theodore McCarrick, another much more quiet route to the truth has been quietly moving along out of the public eye.

Part of each of these lawsuits entails Theodore McCarrick actually being deposed by Grein attorney Mitchell Garabedian. Garabedian is the noted attorney from the original homopredator scandal cases dating back to Boston in 2002. Specifically, regarding the long-anticipated McCarrick report from Rome, Grein has been told by Pope Francis' attorney that it's not only done, but has been for a while.

One of the startling revelations —and a fact that brings into serious question the validity of the final report (if it's ever released) — is that James Grein, the main victim of McCarrick for years, was never interviewed during its preparation. Not once.

The pope's personal attorney — who was in charge of creating the report — is San Francisco attorney Jeffrey Lena. Lena recently interviewed Grein by phone for eight hours over multiple days, collecting notes for the Vatican Archives. Lena is part of a Vatican apparatus that has no interest in the truth, but merely an interest in protecting the institution, shielding it from legal consequences or financial liability.

It was McCarrick who worked out the Vatican-China accord, a mission given to him personally by Pope Francis.

Grein's intimate knowledge of McCarrick and his activities over decades casts light on some extremely evil goings-on (occurring on a global scale).

In the wake of the McCarrick-homopredator scandal becoming public in 2018, Church Militant uncovered the connection between McCarrick and the Soviet communists dating back to his young adulthood. As he quickly rose up the ranks of the Church, he became a player in geopolitics, advancing the cause of worldwide Marxism.

He traveled for the U.S. State Department routinely, and along the way developed a network of globalist interests and very influential individuals. The investigators that Church Militant has communicated with have revealed to us that McCarrick had offshore accounts they believe were funded by the Kremlin to the tune of enormous sums of money — money McCarrick used for bribes in the Vatican and across the world stage.

It was McCarrick who worked out the Vatican-China accord, a mission given to him personally by Pope Francis. Francis unshackled him from Benedict-imposed restrictions just weeks after becoming pope — a fact confirmed by Abp. Viganò.

Likewise, sources in China and reports by Steve Bannon at WarRoom as well as Church Militant show that McCarrick may have been instrumental in working out the ongoing secret payments of billions of dollars from the Chinese communists to Francis' Vatican. If that's true (and it looks plausible given McCarrick's communist ties and friendliness with Beijing) that could go a long way in explaining why the report remains sitting on the pope's desk, unpublished.

With a worldwide pandemic released by the Chinese communists (then covered up, then lied about, then taken political advantage of), Marxist-minded American politicians hell-bent on destroying "America-first" President Donald Trump, all sorts of questions need to be raised about this incredible, tangled web of deception, and for Catholics specifically, the involvement of the Vatican.

China is an enormous threat to the United States: A communist nation bent on world domination, assisted by the Vatican and the disgraceful accord bargained by McCarrick. Even FBI director Christopher Wray, in a speech last week to the Hudson Institute, laid out the massive threat China poses to the United States.

The level of betrayal and deceit, the treachery in all of this, is brain-numbing.

And interestingly, Joe Biden, with his very close relationship with the Chinese communists — a relationship stretching back decades and one from which his son Hunter profited over a billion dollars — not one U.S. bishop is even concerned. Not one has raised a single question about all of this.

Likewise, not one single Catholic establishment-media operation has checked into any of this. The world is careening toward a globalist Marxist empire — one where the Church will be viciously attacked because that's what Marxist communists do — and a very likely key to understanding all this is Theodore McCarrick.

And yet, there is not a word from inside the Vatican. There are no questions from U.S. bishops, many of whom knew him very well and, in fact, owe their careers to him.

The level of betrayal and deceit, the treachery in all of this, is brain-numbing, but there it is, all coming to light. Grein has a word of warning to his fellow Catholics. If you'd like to watch the entire interview with James, just please click on the provided link. 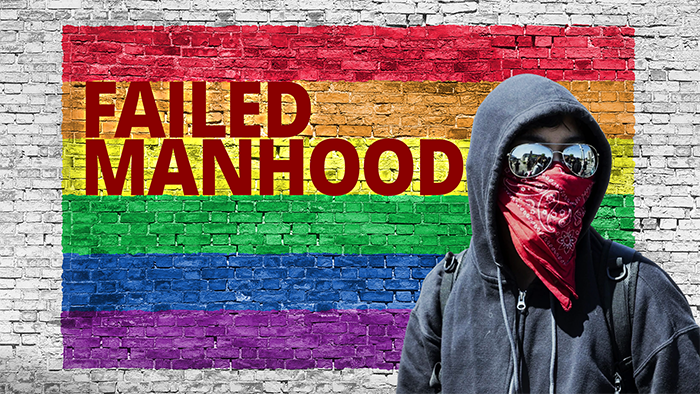