McCarrick Is the Key

And we need to know everything we can.

This past week, Church Militant had the pleasure — and honor — of hosting the man whose case ensured that former cardinal McCarrick is now Mister McCarrick.

You'll recall that even after the revelations last June 20 of McCarrick's decades of evil, the Vatican was playing coy about how to deal with him.

The original case that was brought to light involved a 16-year-old altar boy in the sacristy of St. Patrick's Cathedral decades ago, where McCarrick groped the boy as he was vesting for midnight Mass.

That case was ready to be dismissed by McCarrick allies in Rome who were steering it down the path of saying since the boy was 16, he didn't fit the definition of a minor and therefore McCarrick could be charged with that according to canon law.

But waiting in the wings was the case which would bring McCarrick down: his accuser, James Grein, whose story first came to light in The New York Times shortly after the news broke about McCarrick.

James remained anonymous at first, The New York Times using only his first name at his request.

But at the Silence Stops Now rally in Baltimore last November — held in conjunction with the U.S. bishops' scheduled meeting — James came out and publicly identified himself.

We sat down with James here in our Church Militant studios earlier this week to get his insights on exactly how McCarrick operated and how he became a victim, as well as James' desire to talk directly with Pope Francis.

The entire interview with James will be available on an upcoming episode of Mic'd Up — and it's one you will want to make sure and watch. 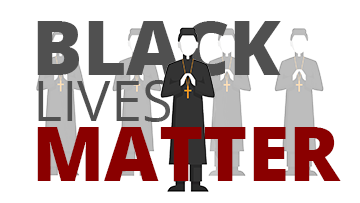 Black Lives Matter
In more ways than one.