Put some clothes on.

The culture has embraced contraception and sexual license, and what do we see — that the glorification of sex has resulted in the widespread acceptance of women being sexually abused, raped, harassed, treated as objects just as Bl. Pope Paul VI said it would. Not that these things didn't occur before the Sexual Revolution. Of course, they did. But the 1960s brought in an era where women increasingly went along with and accepted the objectification, selling their bodies to politicians and movie moguls and media giants and pornography distributors to advance their careers. They took off their clothes for movie cameras and engaged in sexual activity on the big screen and the small screen and helped fuel a climate of hyper-sexualization of the culture. They called this "liberation."

It permeated fashions, so-called art, entertainment and helped launch the world of pornography and sexual addiction. When you look at the sidelines of almost every NFL team, for example, you see scantily clad women who are essentially strippers, euphemistically called cheerleaders and directors happily cut to as many shots of their dancing around as the broadcast permits.

Women who have been abused, raped and harassed are victims, true. But many are not innocent victims. Some are. Others are not. To the extent that they have willingly ripped off their clothes with cameras rolling, dressed in the most provocative suggestive clothing specifically designed to draw attention to their sexual parts and cause sexual arousal, debased themselves to the level of lustful men and created a climate of sexual saturation, no one can be surprised by what is now being revealed. Do they deserve it — no. Can anyone actually be surprised? How could they?

Exactly what message do we think two or three generations of teenage boys are getting when Hollywood starlets act out explicit sex scenes in movies, oftentimes gratuitously? What do they walk out of the theater thinking about women, who in the movie plots, present themselves as sexual objects and use their sexual powers to advance themselves? And what about young women in the theaters watching these same scenes? Perhaps they are not aroused in the same manner as young men but what message are they getting? Take off your clothes, and the world is your oyster. That's the message.

This, of course, does not apply to all women, for some truly are victims, innocent victims. But just how much of a truly innocent victim is a woman who presents herself as a sexual object in her dress, speech, manner, interaction, profession and daily life and then — shocker — gets treated like a sexual object? Is the man wrong? Absolutely. Should he go to jail or pay a penalty in some other way? Almost assuredly.

But the elite feministas, please stop with the #MeToo when you went along with it and more than that actually encouraged it to advance your careers and standing in your professions. If you thrive in the hook-up culture, take birth control so you can engage in sex whenever you want, encouraging men to look on you as just a sex object, stop shrieking and feigning shock when you get treated like a sex object. You have contributed to the cause of the problem. Many of the #MeToo women have murdered their children in the womb, essentially fueling a climate where men can escape the responsibility of fatherhood and avoid any responsibility for their actions.

Sixty million and counting little Americans have been butchered alive — sacrificed on the altar on sexual license — just so many women could feel liberated and equal to men but equal only in the sense of sin and filth. Why would women in their noble desire to achieve social equality choose to be equal with regard to the dark side of masculinity?

Women may not share in the guilt of all this, as much as some men who cannot control themselves, but to pretend they are all innocent and spotless pure little lambs when they have stripped off for the covers of Playboy and the centerfolds of Penthouse, when they have been celebrated for their nudity by other women in the media and received Oscars and Golden Globes and accolades of every sort, again by other women, as well as men — come on ladies.

Is your view of "liberation" and "equality" a world where you can flaunt your sexual prowess and sport your sexuality in the most provocative manner imaginable and expect to not provoke? Is that what you want your daughters to learn being a woman is all about — flaunting your parts? Even Madonna's daughter was creeped out by her mother's sexual displays. Get yourselves and your daughters out of the skin-tight, practically painted-on jeans, the nearly non-existent swimsuits and near-transparent blouses, all designed specifically to get boys to look at them as sexual objects and then maybe your case of #MeToo would sound a little less shallow. But right now, even though it perhaps started as a good public awareness model, it has quickly deformed into a political weapon being used by the Democratic Party machinery to rev up the engines of the "War on Women" tactic in advance of the 2018 midterm elections.

When you stop wearing clothes and accepting roles specifically designed to accentuate how incredible it would be to have sex with you, then maybe people will stop viewing you as just someone to have sex with. And it can't go without saying, a woman who contracepts, regardless of the means, makes herself a sexual object for her partner. What else can she be for him once she chooses to contracept? When you consciously, intentionally eliminate the possibility of conception, it really is "just sex" and at least one makes him/herself a sexual object for the other!

So, no one should be surprised at the current rage of hypocrisies. "It's just sex" has become "normal" and has been for decades. No one should ever be treated like a sexual object but neither should anyone present themselves so obviously as exactly that and then be surprised at the response. Women who present like this are responsible for the sins men commit in response and will answer to God for the sins they inspired. Men will answer for those sins, too, but intentional and flagrant immodesty is not a "free pass" for women. They don't get to say "I have not one shred of responsibility for what men think and do in response to how I dress or appear nude in movies etc." when you are dressing or stripping precisely to make them think of you in sexual terms.

The emphasis of #MeToo needs to switch from "I was abused" to "I am going to own up to my share of the responsibility."

A little modesty goes a long way. It's why it's a virtue. 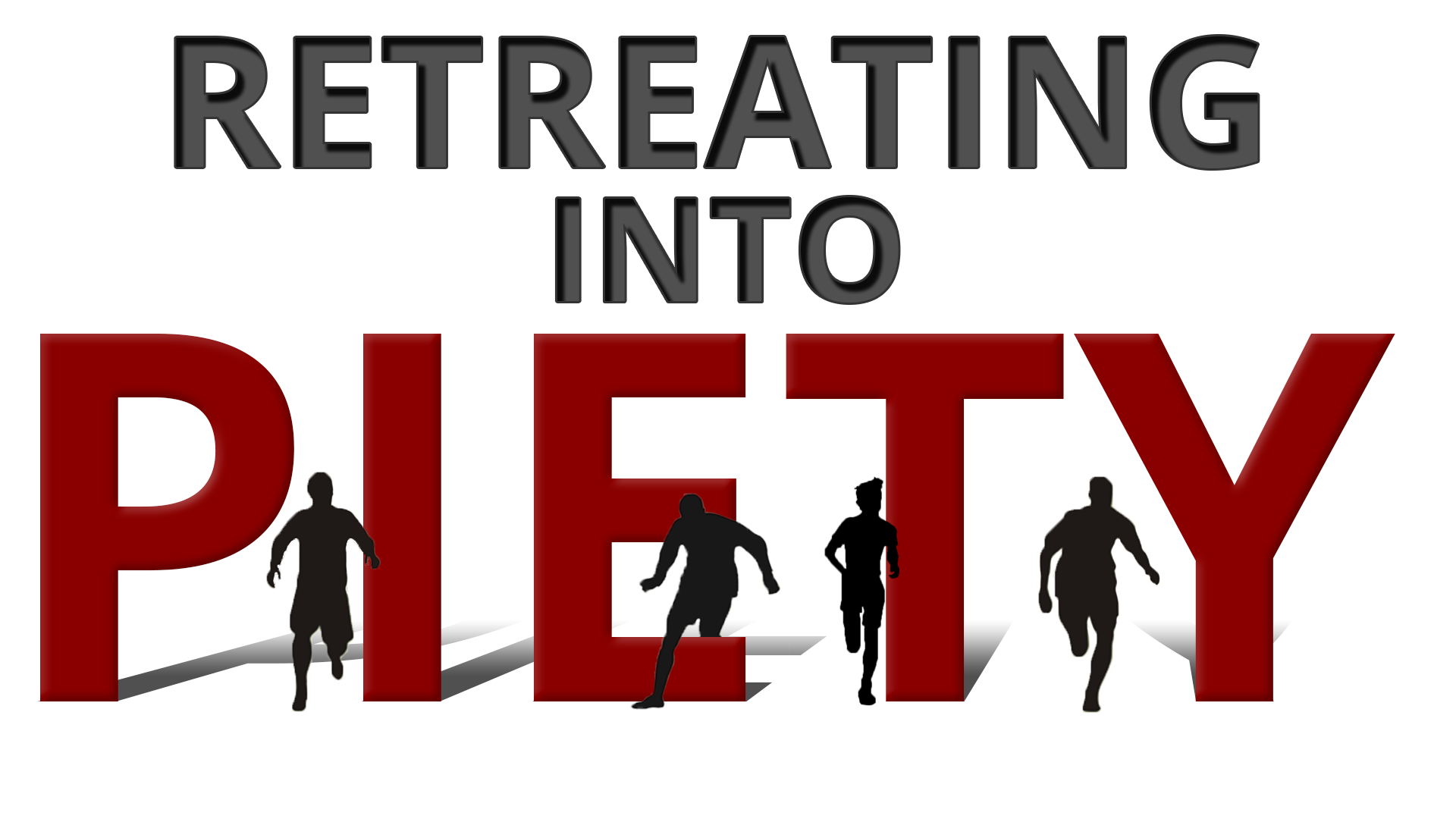 Retreating Into Piety
Faith without works is dead.