How badly will the Democrats lose?

As the red Category 3 (at least!) hurricane threatens to come crashing ashore in Democratic land, one place that is deep blue is promising to hold out against the Republican swamping. That's Maryland, where the governor's race is between solid political conservative Dan Cox, a current Maryland state legislator, and wildly liberal Marxist Wes Moore.

And as far as fundamental rights and belief in God and the need for morality in the culture go, Moore is definitely less. In short, Moore is a stone-cold liar. But then again, pointing out someone's embrace of Marxism and being a liar is redundant. He's a cheat, a liar and a straight-up communist.

For example, media reports recently revealed he hasn't paid his water bill totaling $21,000 for his mansion. Like all good Marxists, he loves the idea of the global reset. He spent four years as chief executive officer of the Robin Hood Foundation, euphemistically referred to as "Robbin' the Hood Foundation" because of its devastating effects on minority communities.

Moore is a stone-cold liar.

Cox and Moore couldn't be more different, representing a massively sharp contrast in world views. And interestingly, the results of a local Baltimore media poll following a head-to-head debate showed that among voters who see the difference, overwhelming support goes to Cox.

But let's go back to that Robbin' the Hood Foundation. It allows hedge fund managers to rake in millions in tax breaks that should go to communities on the lower end of the socioeconomic ladder.

And when it comes to transparency, you can kiss that goodbye as far as the Robbin' the Hood Foundation goes. According to various reports, the process of following the document trail is rather Byzantine when it comes to revealing that every dollar contributed produces a whopping $44 in tax avoidance.

But here's a new twist: Cox has the endorsement of President Trump and that has brought down the house on his head by the GOP Establishment.

To show just how dirty politics can be, Republican governors and leaders of the World Economic Forum, which has a big dog in this fight, actually introduced deep-pocket GOP donors — not to Dan Cox, but to Wes Moore. If that doesn't prove how terrified they are of the insurgent movement against globalism, nothing does.

But here's the gist: If Dan Cox pulls off this political-earthquake upset, it would be perhaps the biggest shock of the entire evening. Maryland is very deep blue, despite electing some Republican governors in the past. Those governors, like Larry Hogan, are little else than Democrats wearing a red tie.

Recent internal polling from the Cox campaign shows two-thirds of registered Democratic and unaffiliated voters in Maryland actually favor Cox over Moore. If Election Night turns out even close to that, Moore would go down in flames and Dan Cox would be sworn in as the next governor of deep-blue Maryland. If there was an environment in which that could happen, these 2022 midterms would be that environment.

Traditional polling outfits, as well as media polling in Maryland, have been massively left-leaning for decades — no shock there. But a question arises here: Why should Maryland be what is shaping up to be the sole exception to what looks like a national denuding of the Democratic Party, across the board, at all levels of government?

If there was a year a conservative Republican could plant his standard atop Mount Maryland, this would be the year.

Those left-leaning Terrapin polls have Moore out ahead by as much as 30 points. Recent party registration numbers in Maryland do show Democrats way ahead at 55–32. That said, that leaves 13% undecided, and the undecided vote almost always breaks toward the anti-establishment challenger.

Presuming almost all Republicans stick with Dan Cox and he garners 10% of the 13% of the undecideds, he's suddenly well within striking distance. At that point, all he would need would be to peel away roughly 10 points from the Democrats. None of this is an easy mountain to climb, but if there was a year a conservative Republican could plant his standard atop Mount Maryland, this would be the year.

We will be keeping a very close eye on this most-interesting Maryland race, as well as the entire election. Church Militant coverage will begin with a preview on Monday at 7 p.m. ET, live, as our political team dives into the details and gives you a preview of what's going to happen on Election Day; and then, our live election coverage on Tuesday starting at 6 p.m. ET, where the whole team here brings you the absolute latest.

Faithful Catholics as well as true political conservatives should be tuning into us, not the Marxist media that will lie and distort and delay. Church Militant, you will remember, was the first media outlet in the country to call the 2016 race for Donald Trump. No one has more integrity when it comes to political coverage, or any coverage, than Church Militant. Don't miss a minute of our coverage. 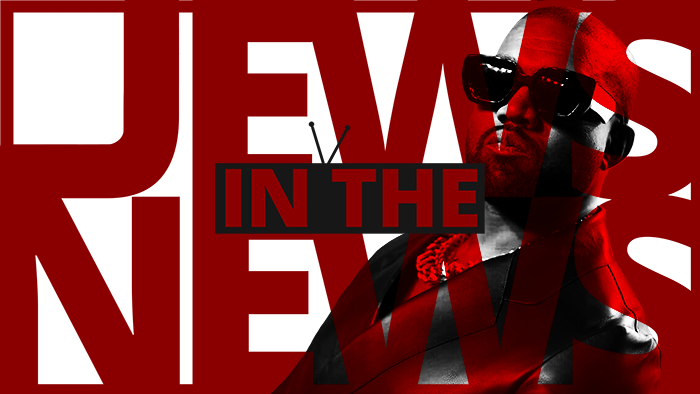 Jews in the News
It goes back much farther than you may think.