There is no other choice.

What we are looking at in today's religious and cultural breakdown is the combination of two factors, each of which has played out in two stages and all of which has now combined.

In the Church, the heresy of modernism is now in near-total control. It was first identified by Pope St. Pius X back in 1907 when he called modernism the synthesis of all heresies, which indeed it is. Every heresy takes some aspect of truth and perverts it, which is why it may not be immediately recognizable.

In the culture, we have communism rising, just as we do modernism in the Church, and, following the same type of game plan, that political system presents some truthful cultural dynamic, such as the uneven distribution of wealth, and then perverts it.

It's interesting to note that the first phase of modernism and communism appeared on the world stage at roughly the same time and same locale, which would be modern-day Germany. They are, in fact, siblings, as it were, since religion and culture are always bound together so intricately. Both agents, modernism and communism, however, do not content themselves merely to make commentary on the current state of affairs, but rather create a revolution within their own spheres and overthrow the existing order.

That is where the second phase comes in for each of them. Modernism's goal is the overthrow of the Church, and communism's goal is the overthrow of political freedom. And this is where both systems openly converge. Prior to the mid-20th century, we could have spoken of these as parallel streams, but now, in the past 50 years or so, they have joined together and created one giant river, wiping away everything in its path.

In the first phase, each system worked to undermine its respective institution — the Church and the culture — to soften up its defenses and to lay the groundwork for the coming assault to be met with the least amount of resistance as possible. It was a two-pronged attack, always destined to link up and surround the enemy (the enemy in this case, of course, being faithful Catholics, and to a much lesser degree, baptized Christians of goodwill).

While belief in and adherence to the authority of the Church and Her teachings were being softened up on the right flank, the trust in the cultural institutions was also being eroded on the left flank. As people's faith grew weaker, they became more susceptible to believing cultural lies and half-truths.

Moral theology in the Church, with its emphasis on sexuality, simply fell out of fashion as a direct result of it having been undermined in previous decades.

Ryan Grant is founder of Mediatrix Press and translates such giants in the realm of moral theology as St. Robert Bellarmine and St. Alphonsus Liguori. He correctly asserts that the Church has fallen into the error of laxism, and this needs to be brought to an end immediately.

It was commonplace in the Church's history to produce what were known in shorthand as "moral manuals," references for guidance and explanation in the moral life; what you can do or not do and why. Grant shares that in classroom settings, for example, students are looking for clarity in various matters, including, most commonly, areas of sexuality.

What communism and modernism combined have accomplished is the enthronement of the sexual revolution — which is actually no longer a revolution because it is now the status quo. In fact, it is so much the status quo that what is revolutionary is to oppose it. The Church's severely weakened defenses against the evil of sexual immorality were the floodgate that allowed communism to sweep into the West without a single shot being fired. Guns and bullets were not necessary once minds were captured, especially young minds on Catholic campuses across the nation.

If the Catholic Church could be manipulated into giving up on fighting sexual immorality, then the culture could be won. In short, that is precisely what has happened. However, the final stage of all this is playing out now before our eyes. Having created a culture that now no longer merely tolerates but embraces evil, even enumerates various evils as actual civil rights protected in law and forced upon the citizenry, the goal of these two "isms" (communism and modernism, now united), is clearly within the grasp of their proponents.

And so united are these two that it's almost antiquated to speak of them as two separate ideologies, for there is far less separating them than there is uniting them. A culture steeped in immorality — fornication, contraception, abortion, homosexuality, divorce and remarriage, pornography — and blinded by lust and perversion to the reality around it, has no future. A person chooses either morality or death.

Human history never remains static. There are always, in every age, human agents cooperating with spiritual agents, knowingly or not, to either advance or destroy humanity. But not just humanity in the broad, general, collective sense, but individual souls. All humanity is, after all, is a giant collection of individuals.

Truth, which by its nature is objective, has been discarded and substituted with relativism, and this disorder in the Church and the culture has become the new order. The individual, divorced in the common mind from his connection to God, no longer has a claim to his individual freedom. All we need to understand this is to look around at what is touted as science, which is merely the political imposition of the new world order.

Objective truth doesn't matter because it "does not exist." Truth, as Pontius Pilate suggested, is imaginary, fleeting, whatever can be used by the State at a given moment for securing whatever the State wants. That reality has always been the case, but what is most alarming is the cooperation that so many bishops have engaged in with all of this.

But after just a small amount of reflection, the reasonable person concludes that it must be this way with the bishops because they have been colluding with the State for decades, just not as openly. At this point, they, as a body, have become so corrupt themselves that it is impossible for them to extricate themselves from the spiritual and cultural quagmire they have created. They have produced generations of political leaders with no moral training, and those political leaders are now in control.

The individual, divorced in the common mind from his connection to God, no longer has a claim to his individual freedom.

Absent truth (which they are), absent any firm founding in moral training, they have become Pontius Pilates and King Herods and are bringing about the final destruction of a nation, a people and large swaths of the Church. We know in the end that justice and peace will meet and embrace, but in the immediate present, modernism and communism have met and embraced.

On this week's Mic'd Up, we go into much deeper probing of all of this and explore the need to reassert the Church's moral theology to whatever degree we can do so in our own spheres. We produce Mic'd Up almost every week and release it on Sundays. It is one of our Premium programs that we strongly suggest you view.

We have great, very knowledgeable interview subjects in Mic'd Up who provide you the opportunity to learn, on a much deeper level, the things you may not have thought of before. Likewise, we kick off each episode with a very well-produced video report that essentially summarizes the week's topic before we go in-depth with our guest.

If this is not the end of the world we are getting into, and we have no idea one way or the other, but if it is not, then when humanity reemerges from this current darkness, it will need the faithful to reassert the truth. It might be a few years, it might be a few centuries, but the light can never be completely extinguished.

Please view this week's Mic'd Up, and if you are not already a Premium member, please use this as an opportunity to sign up now. 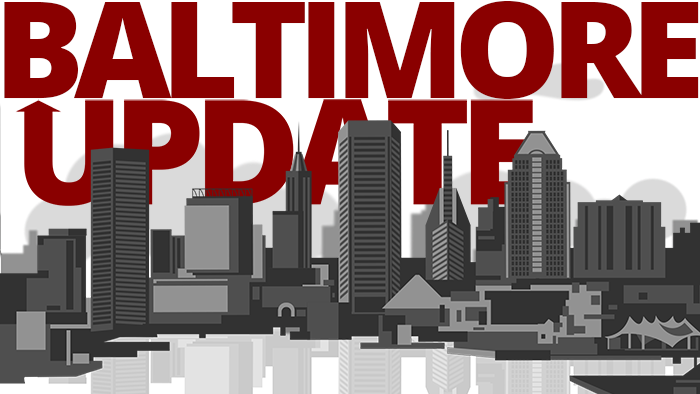