More Unites Us Than Divides Us

You've got to deal in reality.

One of the things we hear with a great deal of frequency in the Church these days is the phrase in relation to Protestants: "There is more that unites us than divides us." There are so many things wrong with this approach to our "separated brethren" — the way it's played out on the ground.

First of all, it creates an environment by innuendo that there is no real need to catechize and tell people the whole truth of the matter because, well, we're practically the same after all. We have so much in common the illogic goes that we should really work together on other issues like abortion and conservative politics, and we can deal with all those small theological differences later — wrong, wrong, wrong, wrong. It is precisely because these "minor" theological differences are left to hang around that the moral and political evils advance.

Another major issue with the "more unites than divides us" approach is it is so overly general, you have no idea how to even apply it. For example, just who is the "us" referring to — Catholicism and Protestantism but that is a complete misnomer. The divisions within Protestantism are so fantastically great, there really is no way to speak of Protestants collectively. The 40,000 different branches all believe different things. That's why there are 40,000 different branches.

It's really difficult, actually impossible from a practical standpoint, to line up, say, 500 various teachings and begin to score how "close" we are to each other. If the thrust of the "more unites us than divides us" approach is to say that we have more in common with Protestantism than say Islam or agnosticism or atheism, well sure. That much is true. But after that, it's a crapshoot because there are no real parameters. In fact, the only parameter that defines Protestantism is that it isn't Catholicism. After that, it's a pretty tough thing to quantify. But the real danger of this notion is what we first touched on — an attitude of indifference is created among Catholics whereby all missionary zeal is essentially sucked out of the room.

Yet, this is the prevailing approach, the ruling attitude over at the Church of Nice these days. It's all about ecumenism even if it's a false ecumenism or perhaps better stated an ecumenism of indifference which says Catholics don't really need to speak to Protestants about which religion is the One True Faith because, well, there's more uniting us than dividing us. What a disastrous notion to leave unchallenged. It cannot even be proven because there's no way to quantify "more." And it can't even come close to being applied evenly across the 40,000 denominations within Protestantism because they all disagree with each other. This makes the notion false and worse yet, a false notion in support of a heresy which has the effect of causing Catholics to put down their spiritual weapons and adopt an attitude of indifference.

That's a ticket to spiritual ruin, and all you have to do is look around at the Church and see if She is not in a ruinous state. There is much, much more, that separates us from Protestantism than the average Catholic is willing to admit — and truth be told, more than even when arch-heretic Luther launched his revolt. 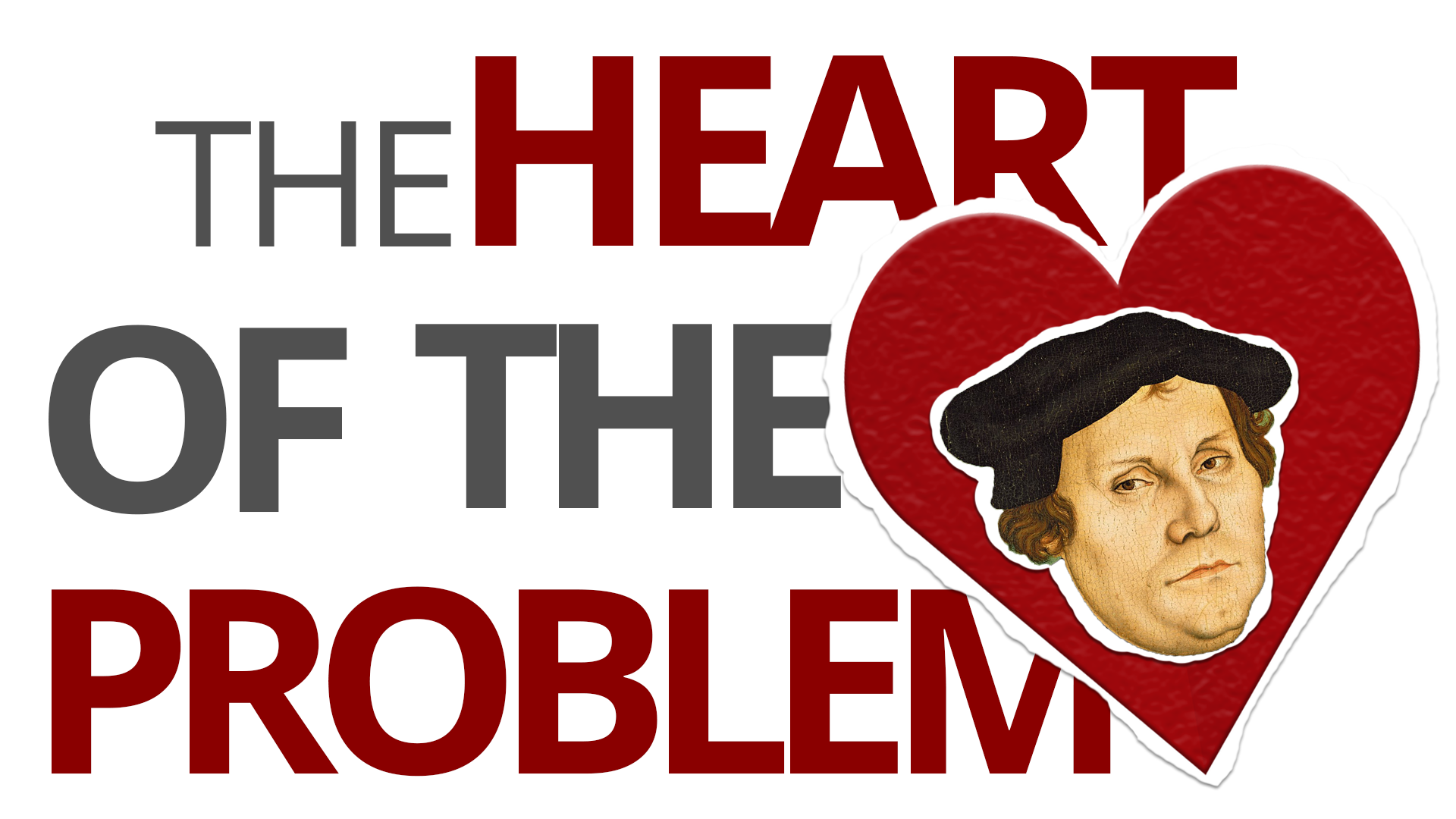 The Heart of the Problem
Sola Fide Catholica!