Happy Solemnity of the Mother of God, and a happy new year as well.

Here we are — 2020 — one-fifth of the way into the new century. And what a stage is being set for a gigantic clash on virtually every cultural stage imaginable. From politics to the Church, not one area will be left untouched by the war.

What is underlying the war is a battle over truth. For decades and decades those charged with advancing truth in both civic and Church arenas have lied and perverted situations to their own personal advantage. Trust has been betrayed on a scale unseen in human history, and inside the Church the travesty is unmatched.

On this day when we celebrate the Solemnity of the Mother of God, let's stop for a moment and consider this: Being the Mother of God, she is, therefore, the Mother of justice, for Jesus Christ is justice itself, as is plainly evident in the Apocalypse. Truth, which Christ is, as He Himself testifies to, is so closely related to justice and charity as to be almost indistinguishable. So to desire justice is a hallmark of spiritual health because it relates to truth and charity for victims. What we see almost worldwide is a growing desire for justice across the board.

In the Church, we see increasing demand from faithful Catholics that crooked prelates be punished and removed for their scandalous involvements, be they financial, sexual or otherwise. On the political front, it's becoming clear that a great unrest is developing in the country over the manifest unfairness of governmental officials exploiting power for their own ideology. The so-called "deep state" appears to be about to face a day of reckoning, as more information about weaponizing the powers of the federal government to usurp the votes of 63 million Americans comes into sharp focus.

The impeachment fiasco is blowing up in Democrats' faces, and the proof is that Trump's approval ratings have risen dramatically to the highest point in his presidency — and, adding insult to injury for the Left, a brand new poll from Gallup (of all outlets) reveals that Donald Trump is now tied with Obama as the most admired man of 2019. That has got to be salt in the wounds to Nancy Pelosi and gang.

What's at work here is the abiding sense of fairness — closely related to justice — which involves the rectifying of injustice. Fair-minded people see through unjust situations. It's part of our nature — the spark of the Divine that we all carry around inside of us. It's the same reason the affairs in the Church have reached a boiling point, a virtual stand-off between the faithful and bishops.

2020 may very well be the year of revolution in the Church, and not the phony "Revolution of Mercy" that Cupich is always spouting off about. There is no mercy without justice, for example, concerning the body count of victims in the Church — and not just the broken bodies and shattered psyches of minors, mostly male, but also, more importantly, the souls of countless Catholics betrayed by evil clergy.

This tweet on the feast of the Holy Family by a twisted and perverted priest from Lexington, Kentucky is a case in point; Father Jim Sichko — appropriately named — tweeted out that gay men having sex with each other and also raising children is just as "holy" — his term — as the Holy Family, because there are all kinds of different families.

That is a pure evil thing to say, motivated by a wicked man hiding behind his collar. Aside from the blasphemy involved, how does this offend the virtue of justice, you might ask? Because there are victims of his filth — innocent or naïve souls who can easily fall prey to his rot because they have been dumbed down by a lack of catechesis from an elite class of bishops who have no supernatural faith.

Those victims must be protected and this bastard must be called out. It matters not that he is a priest; Judas was a bishop. Luther was a priest. Zwingli was a priest. They too were all bastards — illegitimate sons of the Church who betrayed their divine calling.

Sichko, protected by his pro-gay Bp. John Stowe, actually equated the act of sodomy between two men to the love shared between the members of the Holy Family. That's demonic. But Sichko was quick to respond to his challengers on Twitter standing on his title of Missionary of Mercy — a post given him by Pope Francis — one of only 1,000 priests in the world.

Justice demands that the victims of injustice be protected. Bishops have allowed theological filth to flood their parishes. They continue to steal from the faithful in the United States and even the Vatican itself to promote their horrid lifestyles.

A time of reckoning has arrived. The U.S. courts and prosecutors are now deeply involved. Donations to the Church are beginning to dry up. Bishops are being removed, owing to massive amounts of negative publicity outing them for who and what they are. The same spirit that is seeing such a groundswell in the political world is also evidencing itself in the Church.

But do not get swept up in all this. The forces of darkness are becoming more and more violent in their response — the wounded animal response. Merging the culture and Church once again in this battle, NBC's Chuck Todd on last Sunday's Meet the Press said this.

They sense — rightfully so — a great movement arising, and they are going to bring everything they have to bear in this fight. Be prepared, spiritually and temporally, for the great onslaught. 2020 will be a landmark year like no other in the Church and in the world. Let's go!

Mother of Justice, pray for us. 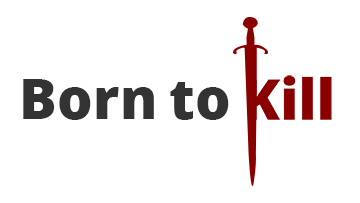 Born to Kill
The perfect Christmas gift for the Christ Child is a sword.