Bear the full weight of the sorrow.

As Lent gets fully underway now, faithful Catholics have one duty: prayer and fasting for Holy Mother Church.

The Church is undergoing a passion the likes of which She has never undergone in Her sacred history, and that is really saying something. Centuries of persecution at the hand of the Caesars, heresy from bishops, schism by large bodies of believers, apostasy by whole nations.

But those various wounds occurred at times largely mutually exclusive of each other, at least on a universal scale. Today, each of these blows is being inflicted on Our Lord's mystical body at the same time.

And it is the hour of Judas, for this passion has been brought about directly by the hand of the Apostles' successors.

When Our Blessed Lord miraculously changed the water into wine at Cana, at the petition of His Holy Mother, He could have simply just miraculously filled the jars with wine immediately — He did not need for water to be there first.

However, He desired that water first be brought. It was man's effort He wanted. And it would have been a difficult undertaking because in the absence of plumbing, the servants had to go to the well in Cana multiple times and fill up and bring it back to the wedding feast. It would have been exhausting work.

Only then, after man had done all we could do, did Our Lord then crown the labor of man with the miraculous. God desires that we exhaust ourselves in preparation for His divine intervention. We work, we toil, we labor and we hand it over to our divine savior for Him to bring forth the grace.

When Our Blessed Mother stood at the foot of the Cross, She underwent a passion that no one else in history ever would, or would even be capable of.

Pain is not objective. Its severity is completely dependent on the bearer. As She stood and watched the effects of sin, the consequences of all our moral failings and vice and wickedness, She bore in Her Immaculate Soul the severest of agony.

Truly were Simeon's words fulfilled: "And a sword thine own heart shall pierce." Precisely because She was sinless and the model of all purity — precisely because of this — the ugliness and darkness of sin to Her would have been crushing.

She who was unaccustomed to the horror of sin now had to bear in Her soul the full weight of beholding Her own Son be crushed under its weight.

And since the unity shared between Her and Him — the New Adam and the New Eve, bone of the same bone and flesh of the same flesh — it is impossible that any could ever endure what She bore standing there.

And there in the midst of the agony, the passion of God, She submitted making the supreme sacrifice to Heaven, for what else could She ever offer that would surpass Her handing over of the Son to the Father? At that instant, She ceased to be just the mother of Jesus, and She became the mother of the Church.

This is why Our Lord, from His Cross, calls Her "Woman" in reference to St. John, but calls Her mother to St. John.

She is the woman of Genesis whose role in salvation history, ordained by God the Father from all eternity, was to first give birth to the physical body of Christ and then to give birth to His Mystical body — represented by St. John.

Saint John did not require an earthly mother. His own was standing right beside him on Calvary, as the gospels relate.

This is why He calls Her by two different references, both "Woman" and "Mother," but John is at both references, son. This transfer of care, this entrusting of the Church into the hands of His holy mother sets the example for us.

She was given the exalted position of care for souls precisely because of Her agony and sacrifice. The greater the pain, the greater the gain.

This Lent, with the Church not just in passion, but complete agony, let us be like the servants filling the jars — exhausting ourselves. Let us hurt and sacrifice to the fullest extent we can as our mother did on Calvary and present our pains to Heaven.

Sunday will come. And as St. John was the first to reach the tomb, let us be active in preparing for the sprint. We — us, the Church — must endure this current agony. There is no way around it, over it or under it.

We must stand and endure it, suffer it; but the suffering is not in vain.

It is borne for the love of souls, for unity with Christ on the Cross, led by and comforted with the knowledge that our mother passed this way as well.

We are Her sons. She is our mother. Our shared passion is the path to the resurrection. 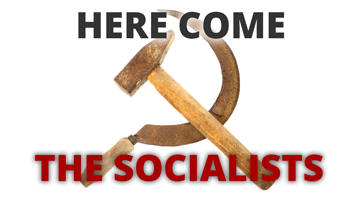