And you have to fight them all.

Authentic Catholicism is under attack from all sides, and we do mean all sides from within the Church. Military historians and strategists will tell you a two-front war is extremely difficult to win. Well, the authentic faith is actually engaged in a multi-front war and that doesn't count the war with the culture.

Consider the assaults the Faith has to endure from, first of all, the modernist crowd with their non-stop Church of Nice blather, where liturgy is all about them and the teachings of the Church are always open to "deeper interpretation" which is shorthand for being changed. Then after the modernist crowd, the authentic faith has to endure the indifferent crowd, those fallen-away Catholics who comprise the overwhelming majority of Catholics these days.

The fallen-away crowd is, now, either pagan or some flavor of Protestant which in either case leaves them woefully unprepared to stand before God when they die. Then we have the cool-Catholic crowd where celebrity priests and big events matter. This crowd is generally good-hearted but is ridiculously poorly catechized so when Father or Bishop-whoever says whatever, they swoon and say, "Our God is an awesome God." They are being fooled into believing that God and faith are emotion based and as such, they morph into a kind of Protestant-Catholic — emphasis on Protestant. They like laser show Masses and a splashy faith — signs and wonders, miracles everywhere.

They are closely related to the apparition crowd, those Catholics who will chase after any reports of an unapproved apparition with a slavish devotion, while virtually ignoring apparitions that are actually approved like Fatima, Lourdes or Guadalupe because visitations from the Blessed Mother don't ring the emotion bell.

The bottom line on all of this is there are actually very few Catholics who believe and live the authentic faith, who don't distort it in some way to satisfy their personal tastes, whether those tastes run to the moral, psychological, emotional or doctrinal preferences. This results in a shattering of unity —  approaches and understandings of the faith, that a great splintering has taken place.

Parishes these days are now centered around the personality of the priest or the menopausal women who run the parish with him. If they like a particular song or altar girls or an army of so-called eucharistic ministers or any given, flawed approach to religious education — you name it — that's what you get.

It was not all that long ago when this scene was unimaginable. Mass looked the same wherever in the world you traveled. There was no need for a Spanish Mass or a Gaelic Mass or a Gospel music Mass because the Mass was the Mass — a single unified expression of what authentic Catholics believed and professed with worship being an expression of that worship. But then the competing "flavors" began to assert themselves and the hegemony of the Faith as practiced and lived began to crumble until you have what we have today — 80 percent of Catholics no longer practicing and many of the remaining and shrinking 20 percent nearly clueless about authentic Catholicism. And somehow this corrosive "diversity" is celebrated as something wonderful and to be advanced. In reality, you can go from one Catholic parish to another and barely recognize that they profess the same Creed, and in some parishes, they have actually changed the words of the Creed. At least they're honest.

So given these conditions, questions need to be asked. For example, exactly what flavor of Catholicism are people being evangelized into through all these "New Evangelization" — modernist Catholicism, cool-kid Catholicism, "signs and wonders" Catholicism, Protestant Catholicism? Because if those are the "camps" being recruited for, there are serious problems with the new evangelization.

Authentic Catholicism is not being offered, but substitutes that look and smell like it in many varying degrees. Like any knock-offs, they bear some resemblance to the original but always come up short in one or more ways. And all of these flavors are all relatively new, really unheard of in the Church prior to the past 50 years or so. And that should be the giveaway to the more discerning soul that none of this is really authentic.

The Church has always preached a sexual morality, insisted on a specific worship that derived from the Church Herself, not various groups that liked this song or that style. The Church has always viewed this life in terms of death and preparing for it, not concerning itself so overtly about sea levels, carbon footprints and the lifespan of the spotted owl. We say all of this not purely to disturb, although we hope it does disturb you because it should. We say it to help you, first of all, realize the pathetic situation in which the Church finds Herself and most importantly to spur you to action — to help you realize that Our Lord created you to be in this time and place so that you could work out your salvation, fighting the good fight for authentic Catholicism even in the face of traitorous or ignorant fellow Catholics. They need to be converted, and you need to do it by prayer and confrontation — faith and works.

One is useless without the other. It's the only way to win the spiritual war, however many fronts you have to fight at the same time. 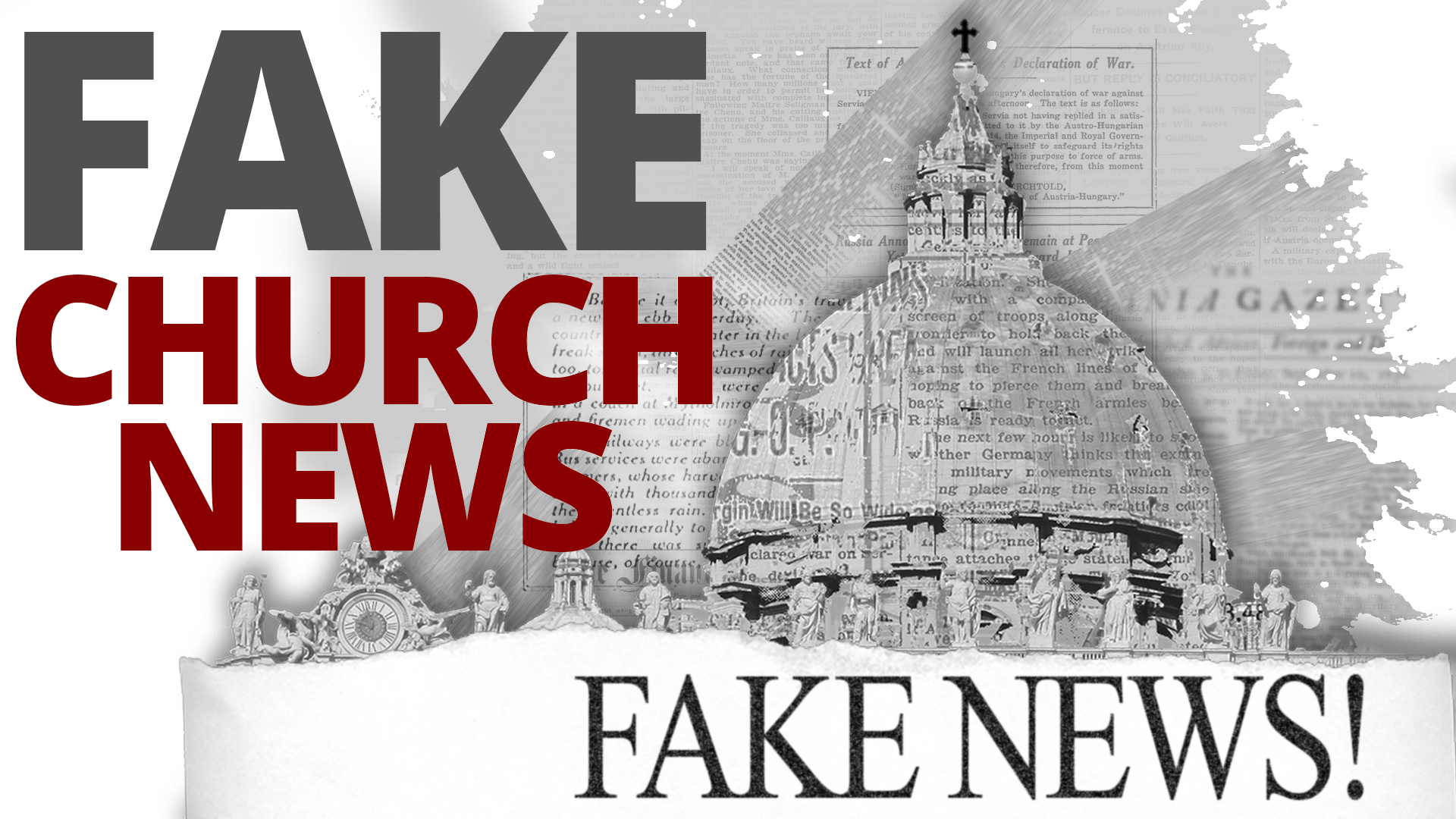