Time for an exorcism.

I'm Michael Voris, reporting to you from the annual Napa Institute conference hosted each year by Catholic multimillionaire Tim Busch at his family-owned, luxurious Meritage Resort and Spa in Napa wine country. As usual, when Church Militant is on the ground, we discover much more than when we're just sitting at the studio in Detroit — one vital reason we like to thank our supporters for making these trips possible.

What we have discovered through people here in Napa is this rather disturbing piece of information: Tim Busch's Meritage Resort and Spa (where this Catholic conference happens each year) also hosts homosexual weddings. The Napa Institute Conference only happens one week a year here. Any of the other 51 weeks a year, after faithful Catholics have all gone back home, the resort becomes very un-Catholic and plays host to gay weddings and receptions.

Here are just two examples from recent years. From the magazine Love Inc., Nick and Conor had a lovely wedding ceremony right here on these grounds. Not only do all the wedding photographer pictures obviously show poses all over the grounds here at Meritage, but the resort also gets a little publicity mention — if you scroll down to near the bottom, right down here, listed at the top of "under vendors."

If that wasn't enough to raise your eyebrows, here's another, just a few months before COVID struck. This is Daniel and Jason's wedding, again, obviously right here at the resort. One picture in particular is very bothersome because where Daniel and Jason are posing is just a few feet away from where the Blessed Sacrament is kept during the Napa Institute annual convention — as well as where Eucharistic processions take place.

The resort becomes very un-Catholic and plays host to gay weddings and receptions.

In the production of this episode, I called the Meritage wedding planning office and spoke directly to a young lady named Ashlin. I told her I was marrying my gay partner, and another gay friend had recommended the Meritage. In California, it's illegal to record a call without consent. However, I put her on speakerphone (with our crew of Adrian and Jake listening) and asked her point blank, again, posing as a gay man wanting a wedding at the Meritage next year, if there was anyone special I needed to speak with about a gay wedding. She said jubilantly, "You're speaking with her!"

We asked, specifically, if we could have the reception in the famous "cave" hewn out under the vineyards. She told us it could accommodate our crowd of 140. She said "yep." We asked specifically because it is in that same cave where the opening Mass is held.

For emphasis, once a year about 800 Catholics come here for a long weekend hosted by Tim Busch for a formation retreat. They're somehow being formed to fight the evil in the culture, as executive director and Busch's right-hand man, John Meyer, says in his video — a point also emphasized by Busch himself in their opening video for this year's conference.

But once this conference is over and all those Catholics "formed" to fight the evil in the culture hop on their planes and go home, Meritage itself resorts to cooperating with the evil — hosting gay weddings. Of course, you won't find any of this on the Meritage website. That would be too gauche and revealing and, well, a little too close to home. Where you do find it is on the websites of gay wedding planners here in Northern California, who post all the photos and information themselves, hyping up the beauty and elegance of this very splendid setting.

You just have to dig around those businesses' web pages, like the gay wedding photography company Lily Rose, which proudly displays the announcement of its work: "gay weddings at the Meritage Resort and Spa." They even post a marketing picture of their reception set up in the famous cave here at Meritage in their photo run. Of course, only a handful of wedding planning companies do exclusively homosexual weddings, but that's not the point. It's where the ceremonies take place. And here in Napa Valley, the Meritage is definitely one of the destinations.

The Meritage Resort and Spa is operated by Busch's company, Pacific Hospitality Group, as we see here in a press release from this past May, announcing a further multimillion-dollar investment in the gorgeous property.

In the release, Busch says:

We are proud to be a member of this incredible community going on almost 20 years. It has been a rewarding experience to transform the resort from what was once a small Napa Valley hotel into a world class destination. I am humbled by what we have built together with the support of the local community, and I am excited for the future.

And as we reported yesterday, it also includes hosting abortion-tainted COVID vaccination distribution centers, where 10,000 jabs were administered last April. Funny enough, we reported in a Vortex a couple of months back that Tim Busch had suddenly up and canceled Church Militant from privately attending this year's conference, with no explanation from his staff other than we were "controversial." Our reporting didn't go over so well here at Napa.

In fact, in his opening remarks to the 800 innocent and unaware faithful Catholics attending this year's event, he said, closely paraphrasing from their live stream, "We recently had some bad press from some Catholic media outfits, and we got the bad press because we were actually faithful to the Magisterium."

It is in that same cave where the opening Mass is held.

Um, if that was a reference to Church Militant (likely), then our report had nothing to do with a question of Tim and Napa being faithful or not to the Magisterium. It was solely about the dirty tricks and cooperation with bishops to cancel Church Militant from attending this year, after we had already been signed up. But after all these claims about fidelity to the Church, this Vortex is precisely about that.

How can this resort, owned by the Busch family through their PHG corporation, which sponsors 800 faithful Catholics once a year — with Masses virtually every hour and Eucharistic processions throughout the grounds — turn around and host gay weddings after the faithful Catholics have gone home? Perhaps there is some explanation that Tim Busch would like to provide, if not to Church Militant, at least to the assembled Catholics who collectively have enriched his resort this weekend by around $3,500,000.

The question is pretty straightforward. It's not, Do you host gay weddings here? That's already answered and proven. The question is, How can you do that and still preach to people about how to fight the evil in the culture? We think the assembled attendees need to ask him that. In fact, Church Militant is out here on the public sidewalk and would be happy to be brought inside and have a throwdown about all this. One final question: Before everyone arrives here this week, most especially Jesus Christ in the Blessed Sacrament, is an exorcism of the property performed? 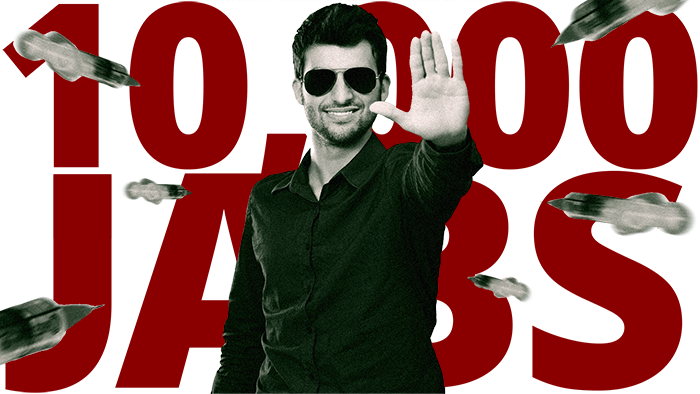