He would rather destroy the Church than relinquish power.

If you open up the dictionary and search for the definition of "narcissistic sociopath," you'll get a picture of Donald Wuerl. The gall of this man is almost equal to that of Satan. Consider:

After weeks of being justifiably excoriated for his role in covering up and transferring homosexual predator clergy, he has the hubris to announce that he will conduct a six-week series of healing sessions in the archdiocese of Washington, D.C. by traveling around to a few parishes and doing a phony non-specific mea culpa — what a load of garbage.

He says he met with his priests and listened to them, and about half wanted him to step aside and the other half were down with him hanging around. So he made the decision to simply ignore the half who wanted him to disappear and "listen" to the other half and remain in place.

And of course, he has the approval of Pope Francis in doing so, because, well if he didn't have it, he would be gone. So much for the zero-tolerance policy of both Wuerl and the Pope. It's only zero tolerance apparently until they decide it's not.

And hierarchs in the Church wonder why no one trusts them.

A recent poll by The Economist revealed 65 percent of Americans gave Pope Francis a vote of no confidence — two out of three, think about that. Two out of every three Americans have zero confidence in the Vicar of Christ.

In the same poll, more than one out of four Americans think the Pope should resign — and right they are. The damage these sodomy-loving clerics and prelates are doing the Church by their continued presence will take decades if not centuries to undo.

Even before news stories about McCarrick came to light this summer or the grand jury report from Pennsylvania or the Viganò testimony, U.S. Catholics were increasingly unhappy with the Church's handling of the sex abuse scandal.

A Pew poll from January — January — found support for the Pope's handling of the sexual predator priest problem had tanked, going from a majority of 55 percent in the previous poll to a minority of just 45 percent — a slip of 10 percent, and remember this was before any of the recent news.

In another poll — this one by Rasmussen late last week — 73 percent of American adults think the Catholic Church has a serious problem with sexual predators among its clergy. That's strange; why would they think that? Donald Wuerl has become the poster boy for this evil. Power-hungry, lying, tone-deaf — owing to his hubris.

When he goes on his healing sessions, what exactly happens at the end of six weeks? Are we all then mysteriously healed?

Think about McCarrick's track record. He touts his time in Pittsburgh as being a model of how to deal with sexually abusive predator priests. If this is the model, God help the rest.

In 1988, just months after becoming bishop of Pittsburgh, Wuerl moved Father Henry Krawczyk from one parish to another, following complaints from multiple parents that Krawczyk supplied their sons with alcohol and made sexual advances on them.

In 2003, at his new parish to which Wuerl moved him, Krawczyk was arrested after 19-year-old Pittsburgh football player Billy Gaines died there, falling 25 feet to his death climbing through a crawlspace in the ceiling after getting drunk from cocktails provided by Krawczyk. Is the Gaines family getting an invitation to one of the healing sessions?

Then, the same priest who Wuerl had moved had a hand in the 2006 suicide of one victim who passed out after getting drunk with the priest and woke up to find Krawczyk performing oral sex on him.

This all came out in the wake of the Pennsylvania grand jury report, and Wuerl has not only not denied any of it, he hasn't said a blessed word about it. You could start filling up the listening sessions with the families of dead young men who suffered at the hands of priests Wuerl moved around.

Besides that little side incident, Wuerl paid what was essentially extortion money to this disgusting priest when he told Wuerl to up his pay and give him a bonus or he would reveal other criminal actions of other priests. Wuerl, of course, paid him off.

After all, when all the lawyers and PR firm personnel that the archdiocese of Washington, D.C. is paying $75,000 a month to for shoring up Wuerl's image, well, that'll probably fill up a few rows.

And of course, Bill Donahue from the Catholic League will need to bring some of his staff so they can write press releases about how much healing Wuerl has brought to the people of God.

Then, of course, just the regular staff of well-paid professional Catholics from the chancery and communications office are all in need of some healing as well, so there's another few rows. You know, the professional Catholic communications staff who are covering for Theodore McCarrick as he hides out in a $2.3 million house the archdiocese owns, doing prayer and penance.

And of course, we can't leave out the around-the-clock, 24-hours-a-day, 365-days-a-year security detail that Catholics in the archdiocese are paying for McCarrick — somewhere around $250,000, according to going rates. Surely those multiple security guards are in need of a little healing themselves.

No wonder Wuerl has to hold six of these healing sessions.

By the time all the dozens of people who are being paid hundreds of thousands of dollars — if not millions, once the sums are annualized — have gone through the sessions and been healed, well, the actual victims and their families won't have any real time or space left to be healed themselves.

But lest you think this is too over the top, let's look at the words from on of Wuerl's own deacons, James Garcia, in a letter he sent the morally bankrupt cardinal last week, advice Wuerl chose to ignore, as he begins his "healing" sessions:

"I implore you for the good of the Church we both so dearly love: Act with courage and humility. Relinquish your position as Archbishop without delay."

Sorry, deacon, such a thing is not possible when you are dealing with narcissism on this kind of scale and degree. Wuerl would rather take the entire Church down then step aside as is proved by his actions.

At least he's getting his money's worth from his PR firm, who, no doubt, burned the midnight oil coming up with the idea of the healing sessions — brilliant, guys; good work. 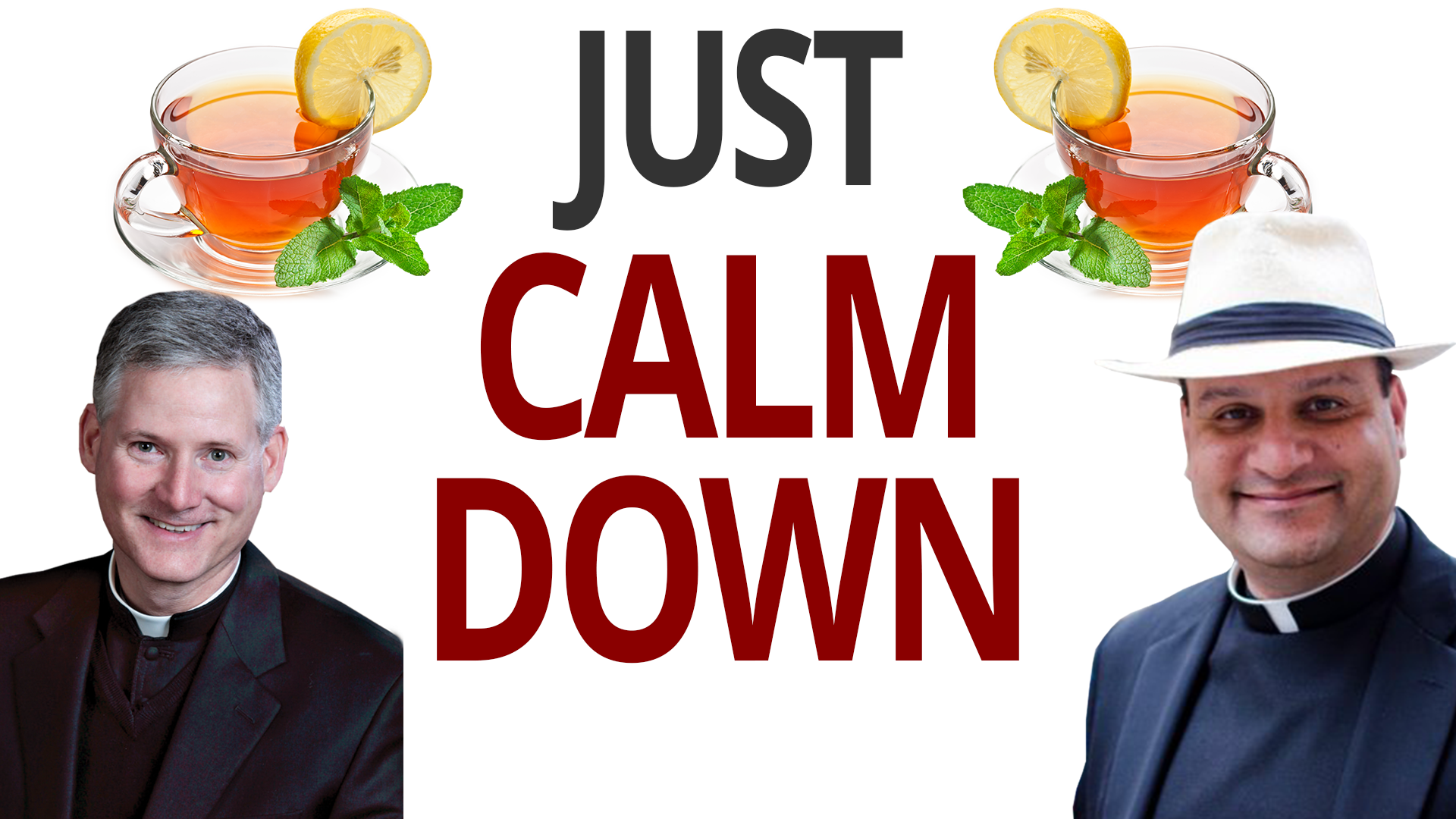 Just Calm Down
Time for a timeout.