Never Give Up, Ever!

The archdiocese of New York is a stinking mess of homosexual intrigue and cover up and collusion. Gay clergy are covering for each other while parishioners are being ripped off — ripped off not just of their faith but also of their money. As you may know, Church Militant has been following the scandalous case of the New York archdiocese and Fr. Peter Miqueli who carried on for years, according to multiple witnesses with a gay-for-pay prostitute named Keith Crist. Last month, the Bronx D.A. said that Miqueli had, in fact, stolen more than $22,000 from the Bronx parish of St. Frances de Chantel, and the archdiocese agreed to pay the money back to the parish. But in an appalling letter to the parishioners, Auxiliary Bp. Gerald Walsh then declared that the matter was closed and nothing of the massive sexual evils could be substantiated. So, that was that.

There are so many layers to this story, it's hard to know where exactly to begin. But let's begin with the reaction of the aggrieved parishioners who are stunned that the Bronx D.A. Darcel Clark concluded it was just $22,000 Miqueli had embezzled and that even that amount was sufficient to levy a charge of grand larceny against the priest and that she declined to do so. They smell a rat and say so in their letter, which they sent to the pope, the nuncio, Cdl. Timothy Dolan and everyone else and their mother and brother.

They feel bad enough being hoodwinked and ripped off and swindled by the homosexual priest who used the money to maintain a years-long relationship with a gay-for-pay prostitute, but now they feel even more abused by the hierarchy of New York that was all too willing to get this case off the front pages of the New York dailies.

There are actually two different cases here — both addressed insufficiently and insultingly by Walsh in his letter to parishioners. The first involves the criminal aspect, and there are some very serious questions here. How could D.A. Clark claim to have conducted a thorough investigation when she never interviewed any — not one of the multiple eyewitnesses from the parish of Miqueli's theft — people who saw with their own eyes stacks and stacks of cash each week in the rectory that Miqueli took for more than two years. Why weren't any of them interviewed? Why did D.A. Clark choose to not prosecute Miqueli?

Would connections between Clark and archdiocesan officials on her transition team been used to produce the most favorable possible outcome for the archdiocese? When D.A. Clark announced her transition team after winning the 2015 election, prominent on the list was one Fr. Richard Gorman, a former judge on the archdiocesan tribunal who was suspended as a priest for charges of sexual abuse of minor boys, dating back to the 1980s.

No proper investigation? Ties to priests with influence at the archdiocese? Parishioners actually filed a suit in civil court alleging Miqueli with the combined theft of hundreds of thousands of dollars from not just their parish but St. Francis Cabrini on Roosevelt Island in Manhattan — $22,000 vs. hundreds of thousands if not a million — quite the discrepancy.

Then, there is the question of Miqueli's personal finances, investment accounts, which Church Militant was given a copy of, showing hundreds of thousands of dollars. How come the source of these funds was never investigated or the house in Brick, N.J. which he paid more than $200,000 for reportedly in cash? Too many unanswered questions, and the one party which stands the most to gain in all this is Cdl. Dolan's homosexual-clergy plagued archdiocese, who could ill afford another round of shocking headlines in the middle of a $200,000,000 fundraising campaign.

The second big issue, here, is the question of Miqueli's evil conduct which laughingly the archdiocese says it still has no substantive evidence. Here's just a partial list of easily obtainable evidence which Dolan's "investigators" have chosen to ignore and not pursue:

Seriously Cdl. Dolan, your crack investigators have not been able to discover any of this with various witnesses and texts, not to mention a string of letters sent to you over the course of years by parishioners concerned about the homosexual shenanigans going on in the Bronx parish. Yet, Miqueli is still a priest, no one knows where he is, he is still on some payroll of the archdiocese of New York and the communications office at the archdiocese of New York will not answer any question about him.

Bottom line, according to an even cursory read of reported evidence, he stole hundreds of thousands of dollars from two parishes over roughly a dozen years — used that money to pay a male prostitute, buy a house (in cash) in Brick, N.J. where he had(s) a sex dungeon, paid for various drugs for his S/M outings with the prostitute, went on various trips with same gay-for-pay prostitute, stayed with him at the Roman apartment of Cdl. Edwin O'Brien, who remember is from New York and was rector of St. Joseph's Seminary in Yonkers back in the 1980s, where he personally knew Miqueli and others who have now graduated to high posts in the archdiocese of New York.

It looks very much like some collusion has occurred between the D.A. and the archdiocese of New York to limit the damage as much as possible so that nothing would go to trial and become public record. This case stinks to high Heaven, both in the civil arena, as well as the Church. Miqueli is protected by a group of active homosexual clerics in the chancery, who hold very high offices. He screwed up getting caught in all this and they have been in damage control mode for close to two years now.

If there was ever saw a story worthy of blasting out there, this is it. Talk about first the crime then the coverup — holy, big fat lie. This is that story in spades. The parishioners have no intention of giving up on this, as well they shouldn't. They know the truth, and now the story has just gotten bigger. 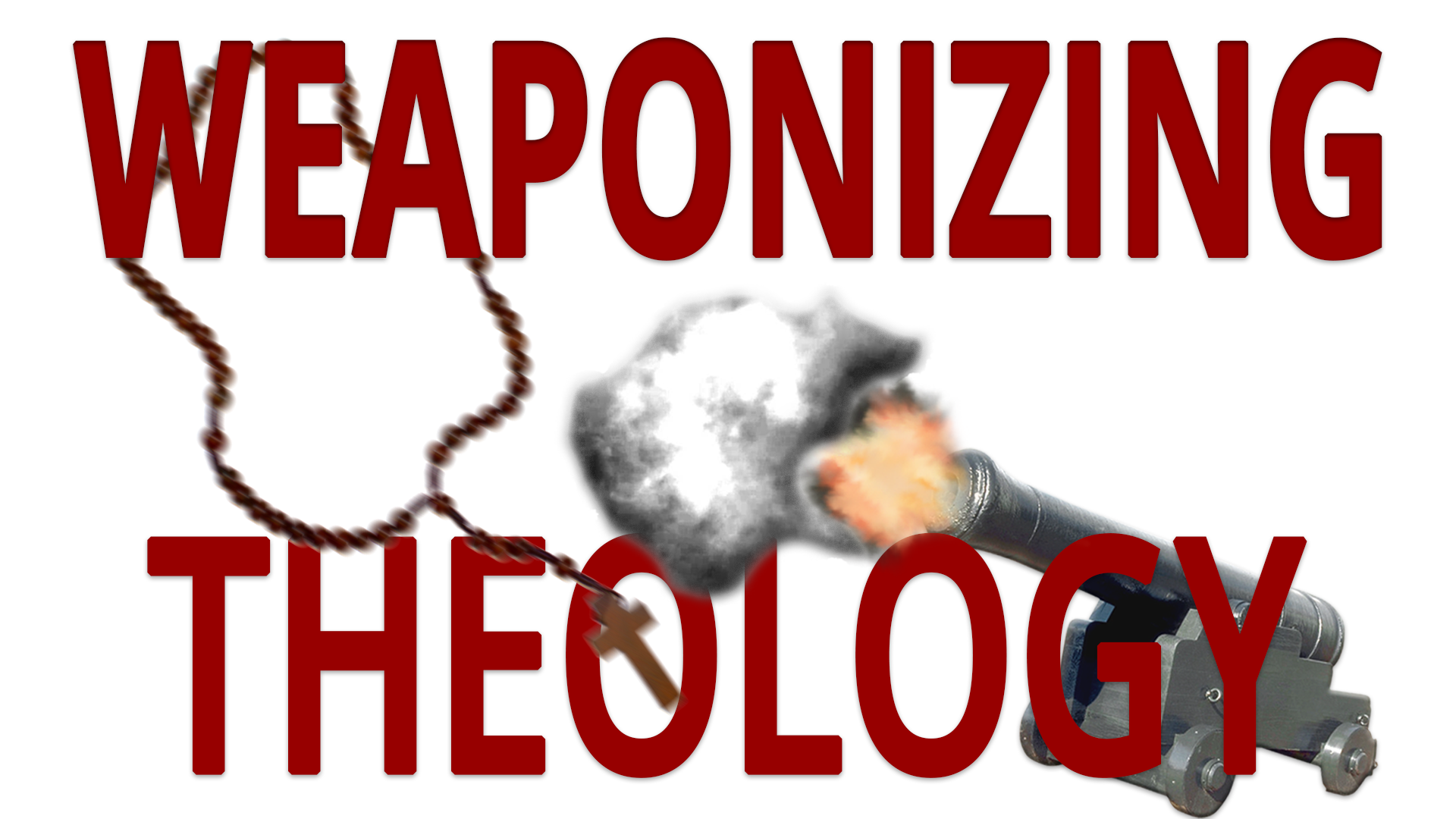 Weaponizing Theology
What modernist Catholics do so well.