No Church Without It

Back in 1994, during the pontificate of St. John Paul II, a question arose in the secular media that was circulating in Catholic circles. In sum, the question was this: Can a Catholic disagree with Church teaching and still be a "good" Catholic? John Paul rightly said, "Of course not!"

The media jumped all over this conflict and, of course, conducted a poll of Catholics who already believed the error because of their horrible catechesis. They announced that most American Catholics did believe they remained good Catholics even while rejecting Catholic teaching.

So grab a seat and look at these numbers we have gleaned from various polls and surveys from the past few years.

Such is the miserable condition of the Church today. One of those points we'd like to focus on is the horrible poll results about the Real Presence. Without the Eucharist, there is no Catholic Church. It's just that simple.

Church Militant has been churning out theological content for 16 years and has an extensive library of such programming on our Premium channel. The monthly cost of a Premium subscription is only $10, a figure we have never increased.

Without the Eucharist, there is no Catholic Church.

And there are hundreds of hours of solid Catholic teaching at your fingertips, on demand, wherever you want it. Specifically, regarding the Blessed Sacrament, we have 13 hours of programming available in the fourth season of our flagship show, The One True Faith.

We have another six hours of apologetics on the Eucharist in our Basic Training classes. We have a special one-off episode on the question of the Real Presence in a program we call It is or It Isn't, where we approach the question from simply a logical and philosophical standpoint.

And then, of course, we have our first full documentary, God's Lamb, where we stitch together the theological truth of the Real Presence by appealing to Scripture, stretching all the way back to the Garden of Eden.

All of that and much more on the Eucharist is available whenever you want to view it for just $10 a month for your Premium subscription. Last November, the U.S. bishops caused quite a stir at their annual Baltimore meeting by doing one thing and not doing another.

What they did not do was end sacrilegious Holy Communion by pro-abort Catholic politicians. In other words, they did not obey canon 915 — completely skipping over it and ignoring it as they have for decades. What they did do was almost equally as scandalous.

In an effort to cover for their weakness and cowardice in ducking the question of sacrilege, they launched a three-year effort to teach about the Real Presence — you know, what they should have been doing for the past 60 years.

They allocated $28 million to the effort! There are lots of events planned and brochures and fliers and meetings and gatherings — the entire typical bureaucratic response to a problem of faith.

As Fr. Chad Ripperger succinctly said, "Why don't the bishops first just prevent sacrilegious reception before they set out on a three-year, $28 million effort to tell us how important the Eucharist is?" Fair point.

The bishops have identified the heart of the problem, even while revealing their sorry failures over the past 60 years to teach. But why wait for the bishops' dog-and-pony show to roll into town? Do you want knowledge and information on the Eucharist? Do you want it from a historical, philosophical, scriptural and theological point of view — or all the above?

You've come to the right place. Church Militant is committed to presenting the teachings of the Church, teaching them in a clear, decisive, irrefutable and, of course, easily understood fashion. The truths of the Holy Catholic Faith must be intellectually accessible to everyone at all times.

The laity must step up and own responsibility for their own spiritual welfare.

There has been way too much failure in this regard, almost all of it the fault of the bishops. So we'd like to ask you to become a Premium member today. It's just $10 a month — much less than you'd spend on a couple of cups of coffee a week, and infinitely more valuable.

In the face of the colossal failure on the part of Church leaders, the laity must step up and own responsibility for their own spiritual welfare.

All this week (the last week of the summer), we are going to be highlighting the treasure trove that is the Premium channel of Church Militant. It's 100% faithful to the Magisterium. It's easily understood and, most importantly, reveals aspects of Church teaching you've likely never heard before.

The spiritual war that the world is involved in right now demands that Catholics know their Faith down cold. This is a fantastic way to begin. Again, please just click on the link and sign up today for your monthly Premium subscription. 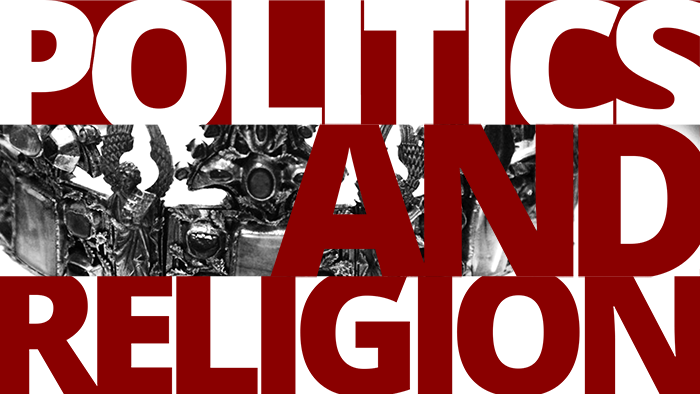 Politics and Religion
Christianity in the political realm.