Until God Himself puts an end to it.

You probably never heard of Fr. Gregory Greiten, pastor of St. Bernadette parish in the archdiocese of Milwaukee that is, perhaps, until this past week, when the 52-year-old priest published an article in the dissident rag known as the National Catholic Reporter. Greiten goes through the usual presentation of so many men who struggled through the confusion and anxieties of realizing that for some psychological reason, they had to face the reality that they were sexually attracted to other men.

This reality of males who self-identify as "gay" has plagued the priesthood in the United States for going on 50 years now. As an aside, the flamboyant homosexualist Fr. James Martin nearly had to be hospitalized for apoplexy — so fast was he retweeting fellow priest Greiten's story of coming out. Of course, he was. Funny though, Fr. Martin himself still refuses to come out or acknowledge if he could come out, blaming his superiors for his not being able to freely discuss his own sexuality but back to Greiten or rather the larger implications.

He was ordained for Milwaukee back in 1992 when homosexual Abp. Rembert Weakland was shuffling around gay priests who had raped altar boys and was himself having an affair with a college student to whom he paid nearly $500,000 in blackmail money from the archdiocesan coffers. Back then, all the gay stuff — overwhelmingly prevalent as it was — had to be kept very hush-hush, even among the bishops. We spoke with at least one bishop privately who told us every bishop back then knew Weakland was homosexual, as well as acting on it.

No way could an archbishop be carrying on an active gay affair and word not get out among the clergy, which it did, of course. Suffice to say, no one in the hierarchy, many of them homosexual or homosexualist themselves, was the least bit surprised at the outing of Weakland. That he had raided archdiocesan funds to the tune of $450,000 to cover it up — that caught some a little off guard but just some and just a little.

Too bad for Weakland that he hadn't been carrying on these days where gay activity and the embracing of all things sodomy is now warmly embraced by so many bishops and priests. Heck, being sexually aroused by other men is even openly spoken of as being a gift from God — that He made you that way and the rest of the Church is just going to have to get over themselves.

God's love embraces everything and everyone, even sin. How positively medieval for those few remaining hold-out Catholics to believe in chastity. Absurd! My gosh, it's the 21st century! C'mon, get with it. If you don't think that's the attitude sweeping through the ranks of America's bishops these days, think again.

Here was the official response from Greiten's archbishop, Jerome Listecki, who occupies the same office that Weakland once did: "We support Fr. Greiten in his own personal journey and telling his story of coming to understand and live with his sexual orientation. ... As the Church teaches, those with same-sex attraction must be treated with understanding and compassion." Yes, too bad for Weakland, he only missed by about 20 years or so.

The wholesale sellout to the gay agenda among so many Catholic clergy, including bishops, can only mean one thing — the same thing that Greiten pointed to in his coming-out article — that anywhere from a quarter to over half of all Catholic priests in the United States, including bishops, are gay. Boy, they hate all this being talked about, but that's the reality, and it's too bad for them. They have allowed this rot to completely overcome the Church — something Church Militant has been pointing to and being hammered for saying for years now.

Bishops, the few straight ones of you who are left, listen very carefully: Men who are sexually attracted to other men are not capable of being fathers. They see the entire world through their pain, as understandable as that pain may be. But that does not excuse the reality that they should not be priests. And committed Catholics really need to hit pause and realize the tidal wave of sodomy and/or all the associated ills that accompany it that have swamped the Church. It is being led —led — by males whose primary interest is not the salvation of souls but the working out of their own psychological disturbances dressed up as being somehow spiritual.

These bishops and pastors are spiritualizing their own pain of being raped or molested as boys, emotionally abandoned by negligent fathers, rejected by their male peers in childhood, and they will stop at nothing until you affirm them in their pain and tell them that they are worth something, that they are not worthless and that they can have sex with other men as a means to escape that pain. That is the whole game going on.

The reality of this situation which bishops understand very well is why Listecki could respond the way he did. It's why Detroit Abp. Allen Vigneron, who is very familiar with the homosexual mafia in Detroit, has never lifted a finger to put a stop to the world's longest-running gay Mass, right in the heart of his own diocese. It's why Cdl. Timothy Dolan continues to turn a blind eye and even lie about the homosexual clique that runs his archdiocese.

It's why no bishop ever says anything about Lexington, Kentucky, Bp. John Stowe warmly embracing the whole gay agenda. It's why Cdl. Joseph Tobin of Newark, New Jersey, and Chicago Cdl. Blase Cupich can be so in your face about supporting all things gay. For James Martin to tweet that Fr. Greiten is a pioneer is laughable. You know darn good and well that every priest and official at the chancery already knew about Greiten being gay.

Heck, he even met with Abp. Listecki beforehand. Why didn't the archbishop forbid him under obedience from coming out? The idea that these males are somehow heroic is beyond absurd. How can it be courageous to come out to a group of peers and superiors about being gay when most of them are gay?

The smart money is on seeing a lot more of this come out because sadly there's a lot more of them to come out. They've worked 50 years to normalize this in the Church. They've succeeded. And for all you folks out there who accuse Church Militant of being negative and exaggerating the situation, told you so.

Now, are you still going to waste energy killing the messenger or are you going to join in the fight? 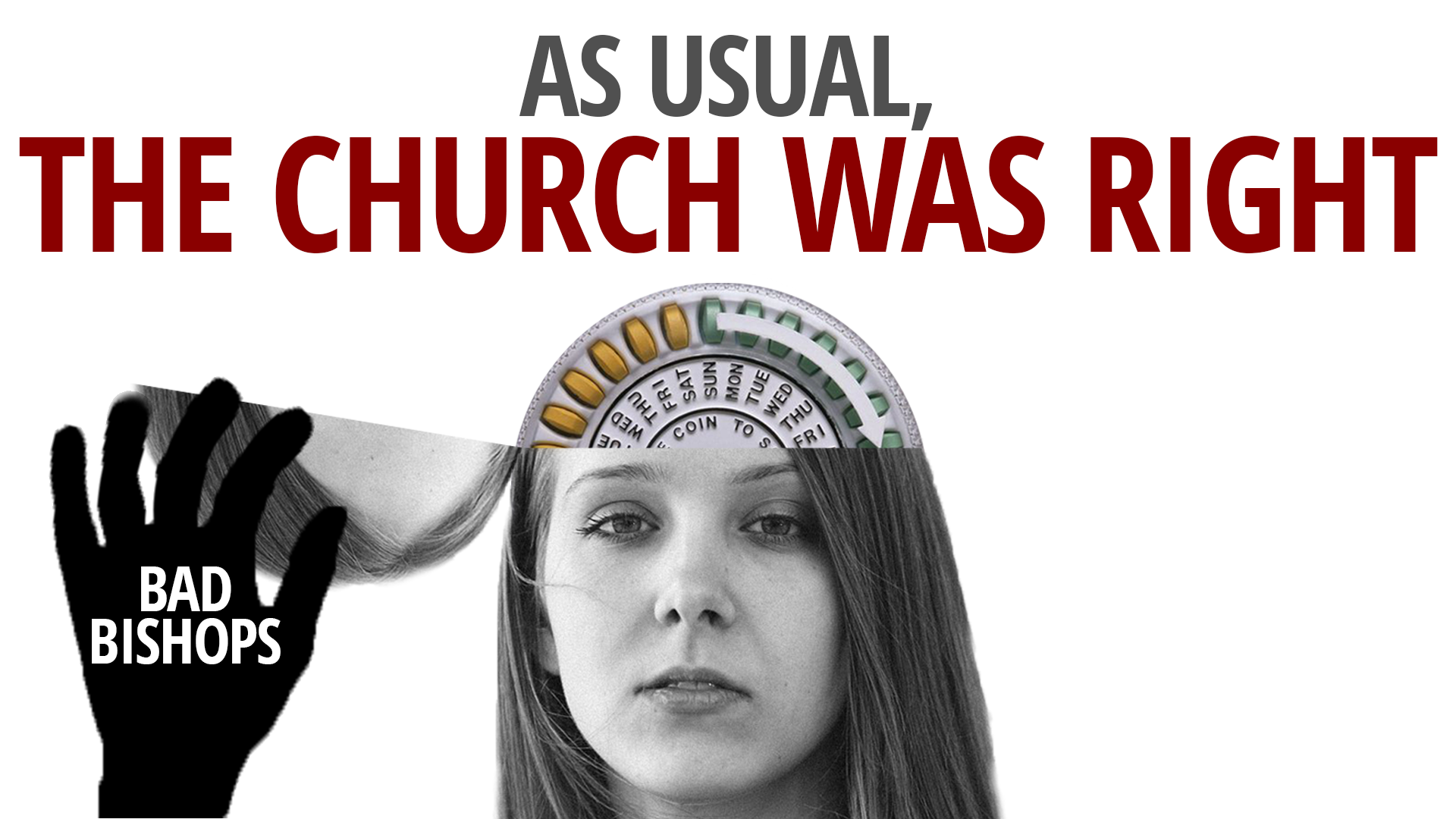 As Usual, the Church Was Right
She's always right!