No Jab, No Jesus!

It's a sorry lot.

As U.S. bishops finalize their plans for their Baltimore meeting in less than two weeks, it will be interesting to see if they have any discussion on the COVID craziness they have been so instrumental in helping spread.

Bishops, like Ed Burns in Dallas, have led the charge in promoting fear and instituting virtual tyranny with the faithful. Of course, it's all done in the name of health and your safety because, you know, you aren't mature enough to make your own decisions.

For decades, this lackluster group has done nothing except promote the notion that we Catholic laity are not children — we are mature adults and should stand upright in our decision-making. Our consciences are our guide. We don't have to kneel like little children to receive Holy Communion or be fed like we are toddlers. We are mature — full Catholic citizens.

We should be involved in the life of the Church. We should be in the sanctuary. We need "active participation." Of course, all that hogwash gets dumped overboard the instant any layperson actually takes it seriously and follows it to its logical conclusion.

In the case of the sacraments — no jab, no Jesus.

What is the logical conclusion? Well, for starters, the bishops can't be trusted. Therefore, everything they say and do must be scrutinized and weighed against logic and truth. Too often they come up woefully short. And the COVID madness is just the latest in a long string of such failings.

We've gone from a two-week "slow the spread" to a "get jabbed or lose your job" mentality in a very short period of time. So much for standing upright in the Faith as mature adults making our own decisions based on our consciences. All over America, multiple dioceses are firing long-time workers in parishes, schools and chanceries for refusing the jab.

In instituting this level of madness, the bishops keep in lockstep with their Marxist overlords in Washington, D.C. Every time Church Militant reports some new government COVID madness, you can bet that some lousy bishop somewhere has already instituted it in his diocese, and, of course, others follow suit: No mask, no entrance to the parish; no mask, your child is kicked out of Catholic school.

Talk about Democrats in robes, but this is nothing new. But what is new, or at least the latest development, is the requirement that seminarians either get the jab, or they will be expelled. Yep. In the middle of a vocation crisis — brought about by the gay crisis within the clergy — certain bishops are now saying that without the jab, there will be no Holy Orders.

Of course, that had already been institutionalized with other sacraments during the scamdemic. Access to the Blessed Sacrament was cut off along with confession and, in many, many locations, the anointing of the sick and dying, commonly referred to as "last rites."

That's three of the seven sacraments; so heck, why not go for a majority — four out of seven. They'd likely eliminate baptism as well, but they don't completely control that, since anyone can administer that sacrament. But if they control it, you can be sure they'll limit it, all in the name of "health and safety." (But only the health and safety of your body. Your soul? Meh, not so much.)

How many Catholics died alone without the sacraments during the last almost two years? Cut off by orders from the bishop, even when individual priests were willing to go to hospitals and risk their lives for the sake of those souls. There is no word to describe that level of evil by the bishops.

And now we have come to the issue of the fake-Catholic and unelected Biden's vaccine mandate. Again, some bishops were already out in front of the old fool on this one. Even when state governors were challenging it and refusing to enforce it and even threatening any business that imposed it, the bishops stuck to their guns.

No Jab, no job. And in the case of the sacraments — no jab, no Jesus. This has raised the ire of hundreds of priests all over the country, who are somewhat helpless to resist this publicly without suffering severe consequences. That's one reason that earlier this year, Church Militant formed what we call the "New Catacombs."

The New Catacombs is an organization of hundreds of priests and deacons across America who, while remaining anonymous, even to each other, challenge the insanity of various bishops' words and actions. With regularity, they publish their own statement decrying some horrible thing the bishops are pushing (like, in this case, kicking out young men prepared to give their lives for Christ because they won't get vaccinated).

Here is the latest statement from the clergy of the New Catacombs:

The removal of seminarians for not submitting to an order to be vaccinated (i.e., coercing seminarians to act against their consciences) is unjust, as implied by the Congregation for the Doctrine of the Faith. The CDF has further stated there is no moral obligation to be vaccinated and that vaccinations must be voluntary. The right to free exercise of religion is not subject to any statement of belief of any religious group but is rather an individual right, one not tied to adherence to any religious organization or its precepts.

They conclude with a summary statement, which is pretty powerful:

The use of experimental vaccines on unwilling individuals violates the dignity of the person and is contrary to the moral law.

Because the right to free exercise of religion is not tied to a statement of belief of any religious group or adherence to its precepts, the U.S. Constitution protects the individuals' practice of their Faith whether or not they are supported in their choices by any church or religious institution. This interpretation has already been recognized by the EEOC.

Therefore, the removal of seminarians for not submitting to a vaccination is seen by the Church as unjust and demeaning of human dignity and also as conflicting with Church doctrine regarding freedom of conscience, as well as the moral law.

For the record, the statement was approved unanimously by the hundreds of priests and deacons who are members of the New Catacombs. One hundred percent.

It's disgraceful that such an organization as the New Catacombs even has to exist, but these are the times we are in. Priests are canceled by their weak, cowardly or gay bishops for simply speaking the truth (or they're threatened with it) so they have gone down into the "catacombs" to operate secretly and still be able to reach Catholic laity to support them.

If you are a priest or know a priest who wants to know more about the New Catacombs, please just click on the provided link. Your identity is kept so confidential that even the other priests in the group don't know each other. We set it up that way on purpose to protect everyone from a nutty bishop trying to learn more about all this.

Word to bishops: Don't waste your time. Only a very tiny number of people, all of them here inside the walls at Church Militant, know these clerics' identities, and we are not going to reveal any of them.

And speaking of "canceled priests," Fr. Paul Kalchik, driven out of Chicago by a combination of pro-gay Cdl. Cupich and lesbian mayor Lori Lightfoot three years ago, is continuing to be persecuted for speaking the truth. The archdiocese of Indianapolis has forbidden him from speaking on Church property about the Blessed Sacrament — we kid you not.

Father Kalchik is a priest in good standing. He won his canon law case in Rome against the crooked Cdl. Cupich, and yet, he is still ostracized by the homosexual cabal that runs the Church. Lay people in the Indianapolis archdiocese, after having failed to get the permission of their archbishop, Charles Thompson, simply moved the talk off church property and rented a venue the archdiocese has no control over.

The talk by Fr. Kalchik, entitled "The Real Presence in the Eucharist and Worthy Reception," is this Saturday, Nov. 6 at 10:30 a.m.

Please click on the link for details and make every effort you can to attend. Father is a splendid priest, a victim of abuse and even more egregious abuse now by the hierarchy. Your support of him would do wonders, not to mention he knows a lot about the Faith.

So can you see what's happening right now in the Church? Lay organizations are reduced to having to fight the evil — not so much of the world but against that of the hierarchy. Thrown off parish property; canceled left, right and center; having to come to the defense of good priests receiving a mauling at the hands of crooked cardinals and bishops: This is the Church of America in the 21st century.

Come out to us and get the 'smell of the sheep' on you.

But is any of this likely to come up at their Baltimore meeting in a couple of weeks? Nope; not unless it's a discussion on how to attack the faithful even more and shut 'em down. No wonder they are operating behind the scenes to thwart our "Bishops: Enough Is Enough" rally and have been for months.

The bishops of America crossed a line back in the summer of shame when the McCarrick revelations came out. They lied and lawyered up. And screwed over priests and laity who would not accept their treachery. But the jig is up.

Official rally or not, from what we hear, a pretty sizable crowd is going to be there on Tuesday, Nov. 16 to make their voices heard that this corruption and mauling of the Faith has got to stop.

See you in the nation's first diocese on Nov. 16.

And bishops, since so many of you are so keen on quoting the pope about the marginalized and the outcast, why not come out and hang with that very crowd you have created in the Church?

C'mon. Come out to us and get the "smell of the sheep" on you. 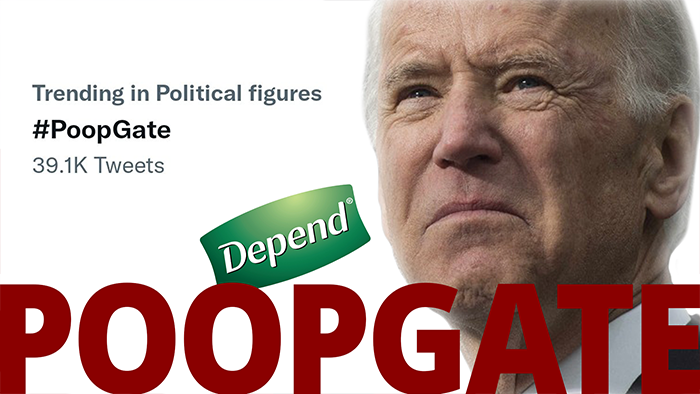