Well, here's a little information that the Vatican is not going to like, not to mention the U.S. bishops.

When Pope St. John XXIII became pope, the very first encyclical he issued was called Ad Petri Cathedram, in 1959. It was written and published barely eight months after he became pope and addresses truth, unity and peace in the spirit of charity. The document consists of 150 paragraphs, and so it becomes an interesting point that one of the very first things the pope approaches as a major topic is the media.

For example, from paragraph 16 (again, near the very top of the encyclical): "Radio broadcasts, motion pictures and television shows which make error and vice attractive must be opposed by shows which defend truth and strive to preserve the integrity and safety of morals." From paragraph 15: "The weapons of truth, then, must be used in defense against these weapons of evil."

Radio broadcasts, motion pictures and television shows which make error and vice attractive must be opposed by shows which defend truth.

There are two things that, back in 1959, the Holy Father could not have foreseen: first, the internet becoming a dominant medium in the world of information; second, the massive corruption of the hierarchy and its cover-up by the Catholic establishment media. In fact, for the most part, the Catholic establishment media, as we understand them today, hadn't even been born, which was also the case, quite obviously, with the internet.

But when you combine the two factors of corruption and a complicit media actively covering it up, well, you get something no better than the Biden administration.

Even as the secular media were investigating and uncovering stories as far back as the 1990s — like, for example, the Kansas City Star — about large percentages of priests dying from AIDS, the Catholic media sat on their hands, ignoring the voluminous information.

The financial scandals, the sexual scandals — most of each category, closely related, were never deemed sufficient to report about. Meanwhile, the Church was being attacked from within by all this, and still not a peep.

Even to this day — given the backing he gets from powerful prelates like Cupich and Tobin, not to mention the praise and accolades from Bp. Robert Barron — James Martin and his homoheresy is considered completely off-limits as a story.

So referring back to Pope St. John XXIII and looking at this crisis through his construct again — "The weapons of truth, then, must be used in defense against these weapons of evil" — allows us to ask the direct question, "Why would any Catholic turn to these establishment-media types for any information?"

Think of the enormous, massive harm and damage done to just the victims of all this, spiritually and bodily. Does all that not constitute evil? And yet, when organizations like Church Militant come on the scene and begin reporting on it all, we (and others) are completely vilified by the bishops and their lackeys in the so-called Catholic media.

It is just like the secular media shilling for Biden. The Hunter laptop story is just one example. The border crisis, Biden's dementia, inflation, changing the definition of recession — the list is endless.

So, people turn to other sources for their information because the establishment media cannot be trusted when what they are saying simply rings hollow — at the gas pump, the grocery store, public schools, you name it. It takes a long time to establish credibility in this business and just a few minutes to destroy it.

The Catholic media long ago lost all credibility owing to their participation in the cover-up of all the corruption. They are able to survive only because they never tick off the bishops and are therefore allowed to keep being parasites on the institution, as opposed to watchdogs of it.

The Catholic media long ago lost all credibility.

The role of the media is to hold those in authority accountable. It is not to aid and abet them in crimes for financial gain.

You look over the current landscape and you ask yourself, "What on earth would Pope John write today in an encyclical about truth?" 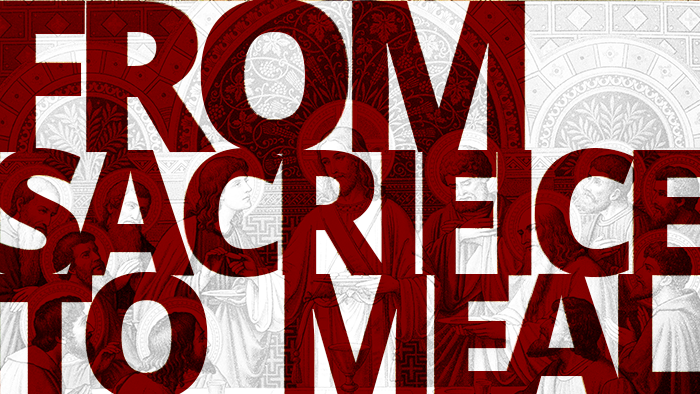