Not Looking Good At All

Church Militant's recent Spotlight report about the Catholic breakaway group, the Society of St. Pius X (SSPX) — exposing international cover-up of sex abuse reaching to the highest levels — has not only ignited a fierce backlash by some Society followers, but it has also brought to light many more interesting details, none of them good for the Society.

As an aside, we offer this journalist note here, if we may: When cover-ups or other sordid institutional behavior is going on, it's never a good idea for the institution to circle the wagons, especially if it's well-established, ongoing behavior. The reason? Because inevitably, many people know about some aspect of the corruption, and the only impetus they need to start talking is press coverage.

That creates a "tell-all" environment where lots of people start "spilling the beans," whereas before they were more inclined to keep mum, feeling as though they might be the only one, and not wanting to suffer the inevitable attacks that come. But once the dam breaks, it breaks.

When a layman tries to depart the SSPX, a measure of shame is applied, often trying to convince the wife to divorce her husband and take the children.

In the form of an update now, not only has Church Militant been collecting fresh information on abuse cases and cover-up, all of which we are vetting, and there's a lot, but what appears to be another unsavory practice by Society leadership is coming to the light.

We'd like you to listen to this recording left for us by an SSPX follower. The individual identified himself on the call as well as his location, but we edited out that info for his privacy.

I'm calling to thank you for the Spotlight exposé on the Society of St. Pius X. I am a long time member. My wife was told to divorce me. And this all came after I had decided there were some problems and was going to take our children out of the school. They tried to get rid of me. They used and abused the office of a bishop, who then concocted some kind of fraudulent sentence against me. But when my wife saw Christine Niles' story that came out in the last couple days, I think there's hope now. She may question this whole thing and our marriage can be reconciled. So I want to thank ... (crying) Mr. Voris ... and ... excuse me ... and Ms. Niles. We thank you for what you've done, and helping us. Thank you so much. It says in Scripture, "Have nothing to do with the fruitless deeds of darkness but expose them." So, thank you (crying) ... thank you very much.

We also contacted him ahead of time and asked if he would give his permission for us to air it. He happily did so.

Since our original Spotlight, we have received multiple calls from various locations revealing yet another disturbing pattern: When a layman tries to depart the SSPX, a measure of shame is applied to him, often trying to convince the wife to divorce her husband and take the children. For example, they're targeted with public humiliation from the pulpit — called out by name and embarrassed and ostracized from the community.

In fact, a number of former SSPX priests have contacted us as well, who grew increasingly uncomfortable with the tactics and the behind-the-scenes operations of breaking up families, public shaming and so forth, and decided they wanted nothing to do with this, so they left.

One of them told us, in fact, that a closely-held data point within the Society is the actual number of priests who, ordained for the Society, eventually left to exercise their priesthood elsewhere, unwilling to continue participating in what they increasingly came to view as a "cult" — that's what they told us, and that's from former priests.

According to sources we have spoken with, the attrition rate has been pegged at about a third. If that'’s true, or remotely true, it's a staggering percentage given the particulars of the Society's claims to hyper-orthodoxy.

One priest even contacted us to share with us a video of the original illicit consecrations in 1988 which got Society founder Abp. Marcel Lefebvre and the four bishops excommunicated.

Additionally, other current members, some of whom have been developing a case of the heebie-jeebies about things they know, have also contacted us. Here's another caller, again, permission granted and identity redacted:

Oh, again, I were excited in that horrible way, to hear the stories the last couple days about St. Mary's, Kansas. And I just want to say, they may not take you as a serious journalist enterprise, but we do. And, we're glad that someone's out there fighting. I wish we were in a position to be able to help in a better way. I think we're ... we just wanted to say we'll continue to pray for you and send a few bucks when we can, but just wanted to say thank you for uncovering so much of this and fighting.

One priest even contacted us to share with us a video of the original illicit consecrations in 1988 which got Society founder Abp. Marcel Lefebvre and the four bishops excommunicated. Allow us to share relevant parts of his e-mail with you, along with the video he sent us. Here's his e-mail.

[This video clip shows] the lie that they "have an apostolic mandate."

That question is posed by Abp. Lefebvre at minute 8:28. At minute 8:30 in the video, Fr. Schmittberger clearly responds saying, "Habemus" ('We have one'), thereby lying within the liturgy itself.

That this apostolic mandate is to be a written document from the reigning pontiff is clear from the next words, and from the rubrics themselves, for the principal consecrator is then supposed to say: "Legatur" ('Let it be read').

The archbishop did say "Legatur," but of course, there was no papal mandate to be read.

The rubrics instruct that the mandate from the pope be read at this point, which of course they skipped.

Quite a butchering of the traditional rite of consecration from folks that pride themselves on liturgical perfection.

That again is from one of the priests. In the fallout from our Spotlight exposé, the Society took to its Facebook page to admit it: "has received a voluminous number of e-mails, phone calls and social media posts regarding its commitment to transparency, including additional information regarding allegations of abuse."

Did you catch that? One more time, they said, "including additional information regarding allegations of abuse," just like Church Militant has been receiving them all this week. And yes, we've received a bunch as well, like we keep saying.

So if the SSPX groupies don't believe us on this point, we'd say, believe the Society which itself is saying it has voluminous contacts, new allegations ... stay tuned.

Likewise in that same Facebook posting, they try to backpedal from an earlier statement posted by one of their priories, a statement that was manifestly false.

The Society Facebook page says "The U.S. District wishes to stress in no uncertain terms that the only official statements regarding sexual abuse and impropriety emanate directly from the U.S. District on its official website. Any statements originating from individual priests, chapels or priories are not the official position of the SSPX ... ."

They should keep two numbers in their minds, 20 and 4 billion. Twenty is the number of dioceses that have gone bankrupt in the United States and $4 billion is the payout amount for various sex abuse claims.

That's called covering your butt legally. That uncomfortable posting came about because the chapel and school where Fr. Pierre Duvager is assigned in Florida had posted its own notice defending the accused priest, saying in essence, pay no attention to Church Militant's report. Our priest is squeaky clean. Not so much — multiple allegations, in fact, have been lodged against him and he is under investigation by law enforcement.

Coincidentally, just before the official Society Facebook page posted its notification saying only what it says is official, the Florida post from St. Thomas More saying Fr. Duvager is innocent suddenly went "poof" — all gone. And that's because headquarters back in Kansas knows for a fact that he is under investigation, as revealed in their own e-mails. Somebody in Kansas clearly got on the horn with someone in Florida and said, "Take that down immediately, we're already in enough trouble."

And so it goes — a culture of lies, obfuscation, cover-up, the cat getting out of the bag on all of it. As the Society can tell from its own phone lines and e-mails, none of this is going away. People have been lied to, fired, abused — it all covered up — their marriages targeted because of some weirdo cult mentality.

There is one and only one correct thing to do here: Come totally clean and own up to everything. Reveal the names of all the abusive priests. End the practice of trying to break up marriages of those who catch on to the Scientology-type tactics and want out. Reveal the names of anyone, including bishops illicitly consecrated, who have participated in this by defending and shifting around abusive clergy.

Criminal investigations are increasing now. The word is out and people are coming forward, spilling the beans about what they know, and it's a lot.

If the Society thinks for one minute that months or years of stonewalling and dragging its feet and all the stuff that proved fruitless in the Novus Ordo Church is going to work for them, well they should keep two numbers in their minds, 20 and 4 billion. Twenty is the number of dioceses that have gone bankrupt in the United States and $4 billion is the payout amount for various sex abuse claims. And those aren't final numbers.

Regardless of what SSPX devotees think of Church Militant, the only question that matters is this: Is our reporting true? Yes or no? Nothing else matters. Those inside the Society, as well as various laymen in social media offering a million excuses and attacking our motives, has nothing to do with that central question. Are the reports true?

For a group of loyal Catholics, that should be the only thing anyone is concerned about and, if something else is at play, then you're no better than the rotten-to-the-core Church of Nice that did the same thing for decades.

You have a chance to right your ship, at least in this area. But the window is closing very fast. 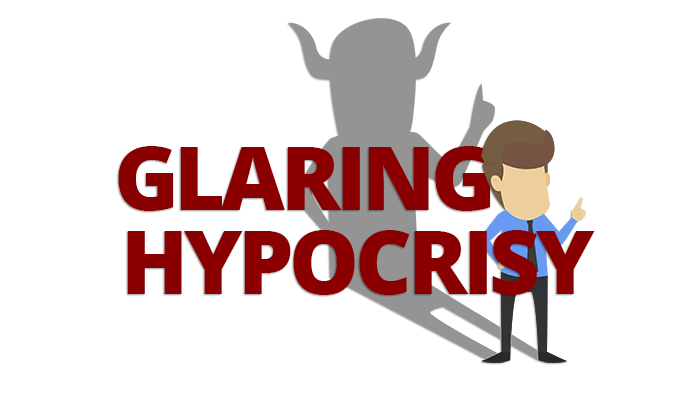 Glaring Hypocrisy
In the service of death.