Not One Penny More

That's IT! No more enabling.

Time's up for the bishops in the United States as a collective body. They need to be cut off from your financial support. These men need to be held accountable in this world for the evil that many of them have inflicted on the faithful. The only thing they understand is money.

And why is this necessary? Consider the lavish lifestyles that these men live and the wickedness, or cowardice — it matters little the difference — that they enable daily. They have abused the trust that the faithful have placed in them. They use money you give them to invest and then reap the financial rewards to support heretics, dissidents and, of course, sexual serial abusers. And, on that last point, we aren't talking about the child molestation cases, but the abuse — and it is abuse — that too many of them have inflicted on seminarians.

Witness the double evil of Cdl. Theodore McCarrick, who should be stripped of his title. He forced himself on multiple seminarians at his beach house, sometimes with other bishops joining in.

First, why does he need a beach house? His archdiocese paid for that, which means you paid for that. He wanted a place to rape and molest and grope his future priests. How is that not a case of Cardinal "Harvey Weinstein," but it's made all the more disgusting by the fact of the office he held. Then there is the even more troubling issue of nearly the entire Establishment Church knowing about this and them all keeping silent, quietly snickering and winking and nodding to each other about "Uncle Ted."

And again, remember, every single instance of this is being supported by your dollars — and not just supported, but actually enabled. We lay faithful are like the dude always giving our buddy, the drunk, one "last" drink. It's got to stop.

Two major things need to happen, and they need to happen immediately. One we can control, the other we cannot. First, what we cannot control but needs to be said: Most of the bishops in the United States need to resign their posts immediately. If any board of directors of any company in America would have engaged in the systematic practice and cover-up of sexual harassment of adults under their authority, they wouldn't have just been fired, they'd be behind bars, which many of these "leaders" deserve.

They would have been criminally charged and civilly sued. And men, bishops or not, who engage in this behavior or cover-up need to go, but not this proud lot — no! In the face of all these horrible evils, what do they do? Gin up more financial campaigns to get even more money out of you — disgusting.

Resign. Resign, now. Show you have one lick of self-respect. You have created an atmosphere in the Church where laymen, young men, seminarians prepared to give their lives to Christ, too often have to run the gauntlet of your demented and perverted buddies in collars and miters. How dare you come to the laity and ask for money.

Sell off your assets, your land, your buildings. Some of these dioceses have enormous sums of money in various holdings. Stop asking the laity to keep supporting your garbage with their money. Use your own money for once, and stop debasing the Faith even further with your money campaigns dressed up in religious or spiritual sounding sappy names — stop it, it's disgusting.

No Catholic who believes the Faith should hand you guys one more dime — not one more penny. We have to support our parishes, but that's it. You spend those special collections and extra income on sending dissidents to Rome for further study so they can come back with a degree in hand and spread error even further.

You live splendid lifestyles, shelter, sometimes lavish, clothing, food, sometimes too much, travel, lots of business class and international, great health care with virtually no co-pays, expense accounts — all of this when your sheep have practically none of it. Point to one of you who raised the slightest objection to McCarrick's evil. Point to one of you who decided to go public and blow the whistle on this filth.

You only got together in Dallas when your machine of gay priests raping altar boys got exposed in the secular press. Then in Dallas, you issued a "Charter" on how to move forward in trying to end that. What you did not do, even though you all knew it was going on, was provide a charter for adult men being sexually harassed in seminaries by rectors, fellow seminarians, priests and, yes, bishops.

And why not? Because you have sponged off the laity forever, betraying a sacred trust placed in you. You have zero accountability and you know it. You blow off objections and reports of sexual perverts in your own midst. You wink and nod and whisper amongst yourselves, and it all goes on. You have created a #MeToo climate in the Church.

And, given all that when famous journalists and politicians and businessmen and Hollywood moguls — previously thought untouchable — are all losing their status, why should you be seen or treated any differently? You have abused an even greater trust than any of those men. And while they are disgraced, you act as though nothing happened and ask the laity to give you more money.

The gall is beyond words — not one word of apology from any of you, not one iota of recognition of the evil and immoral climate you have created. Not a simple "I'm sorry" for the crowd of young adult men whose vocations you ruined. Your filth and what you have allowed to happen needs to be accounted for now.

You have kept your mouths shut about Hell for your entire careers, mostly because you have adopted the attitude that there is never any accountability for your actions, in this world or the next. Definitely absolutely wrong on one count, and given all this now coming to light, whatever the laity can do to hold you accountable in this life needs to start happening.

You need to resign — period. You need to confess and own the evil you have brought upon the Church, and the laity need to not give you one more penny until you accept responsibility and leave the scene. How dare you, many of you in big archdioceses, sitting on huge real estate fortunes beg and plead like you are broke. Your massive bureaucracy in Washington, D.C. operates on a nearly $200,000,000 budget. Dissolve that liberal cesspool and lay off all the dissenters. All they do is push your Democratic Party agenda anyway — not the Faith.

Faithful Catholics need to stop enabling all this dissent and evil by continuing to donate. Stop giving them your money. Stop supporting them. Force them to feel the consequences of their decades of treachery and neglect. Maybe if they have to spend time at their annual meetings figuring how to keep the bills being paid, like the sheep have to do, then they won't have as much time to plot against the truth and faithful Catholics.

And if you want to see how this attitude among the mad as Hell faithful is now gaining steam, just read the excellent article by Regina Magazine's Beverly Stevens, who makes this Vortex seem mild by comparison. Link attached. 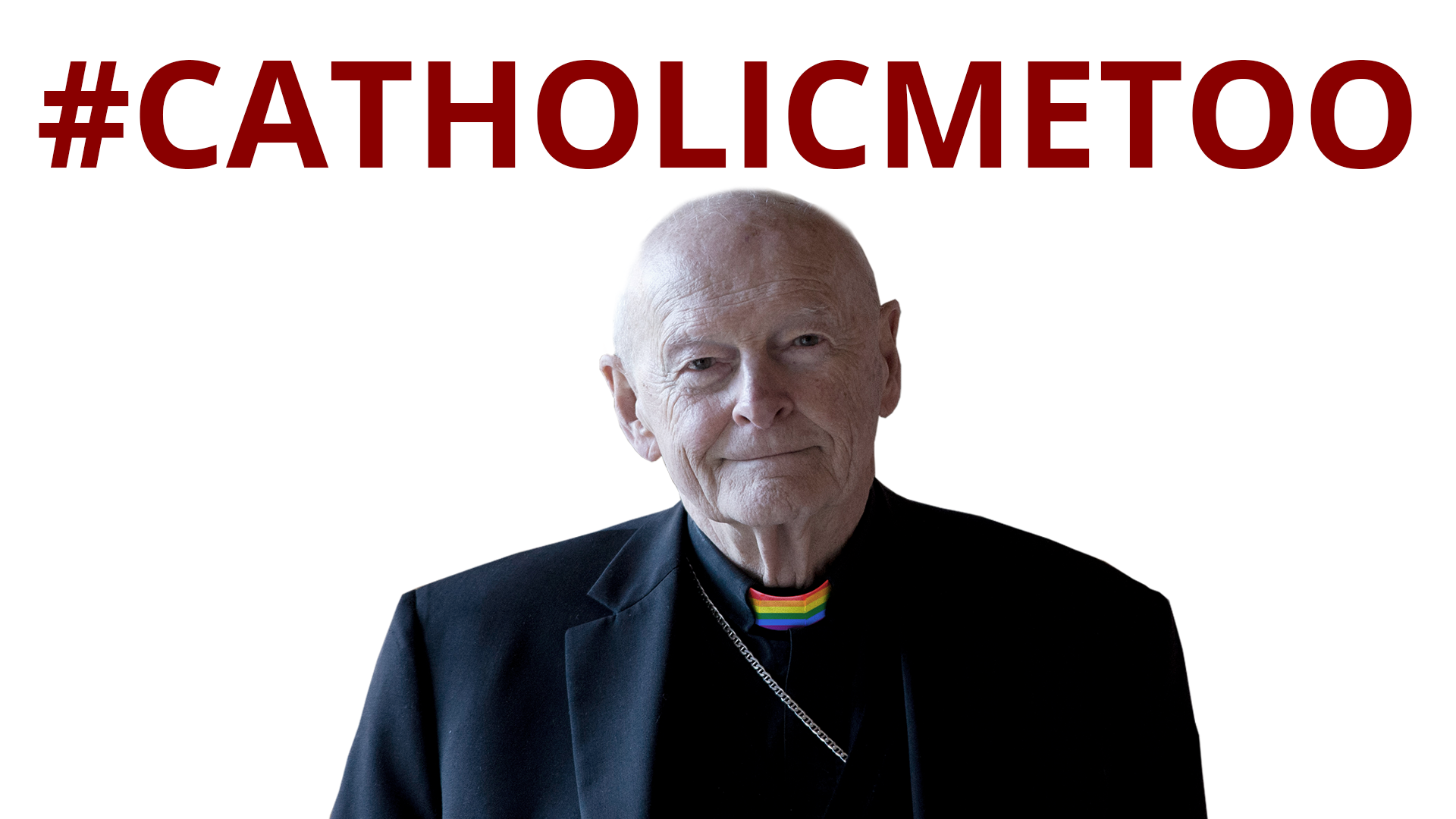 #CatholicMeToo
The time has come.