May 24, 2022  0
Podcast Available for Premium Subscribers

Nancy Pelosi has been in Congress 35 years and, for a good portion of that time, she has been the "queen" of Capitol Hill, either as House minority leader for the Party of Death or the actual speaker of the U.S. House, as she is now.

During her reign, abortion-related votes have come up multiple times, and never once has she not been a safe vote for child murder. Her latest archbishop in San Francisco, Salvatore Cordileone, has been there for 10 years — which is to say, when he arrived, Nancy had already been on a quarter-century killing spree.

So late last week, he finally issued a decree that the sacrilege of her being given and receiving Holy Communion was going to stop, as canon law 915 makes clear as crystal should happen. So, on this narrow score, good for Abp. Cordileone. And on this narrow score is where the praise stops.

He will, of course, have very nasty things said about him. California's politicians and the Marxist media editorial boards are demanding he now be removed by Pope Francis, yada, yada.

Wilton Gregory of Washington, D.C., has made clear that Biden is free to commit sacrilege whenever he wants.

But he has received public support for his action from some of his brother bishops, although, as of Monday this week, it was less than two dozen sitting ordinaries, leaving more than 150 still silent.

So, on what looks like the eve of Roe being overturned by the Supreme Court, at last a single archbishop does what should have been done by him 10 years ago and by three archbishops a quarter-century before that and done across the country by hundreds of bishops continually, and now we are celebrating.

But what is being overlooked is the length of time it took this to happen, the massive lack of support among other bishops (evidenced by their silence), the constant, ongoing practice of sacrilegious Holy Communion being given to child killers all over the country and the failure on the part of the national conference of bishops to do anything for the past 50 years about this horrendous crime.

Archbishop Cordileone's action only looks good in isolation, and, even then, in isolation from his own foot-dragging for the past decade. It serves to highlight, by comparison, the sorry condition of the males in miters across the country. When they gathered in Baltimore last November, they refused to take up the issue with regard to Biden, an even more glaring example.

Despite all kinds of reports from the press that Biden was going to be declared unfit for reception of Holy Communion, that was never on the bishops' agenda, ever. That was made blindingly clear by Fort Wayne–South Bend bishop Kevin Rhoades in the run-up to the meeting. He said flat out it was not on the agenda.

That, of course, didn't stop or even slow down the Marxist media, in their bloodlust support for abortion, from reporting about the imaginary news.

But again, it was never going to happen, as was made clear after the meeting by comments from Texas bishop Daniel Flores, quoted by The Washington Post:

"We saw initially a moment of different ideas of what the document should be about. Is it mostly about political responsibility? A Eucharistic revival? A teaching document? The document tried to nuance that," said Bp. Daniel Flores, of Brownsville, Texas. "It's not a one-size-fits-all. It's not adjudicated by popular opinion. We have to be patient, and patient with one another. I think the bishops wanted to speak with patience with one another."

"Patience" over sacrilege is more than misplaced patience; its scandal.

Wilton Gregory of Washington, D.C., has made clear that Biden is free to commit sacrilege whenever he wants, and Gregory will support him — actually, defend him. The same is true of Biden's newly appointed bishop, William Koenig, in his hometown of Wilmington, Delaware, who deftly sidestepped questions about the scandal.

New York's Cdl. Timothy Dolan, a number of years back, made clear in an interview that his view is the question should be left to individual bishops, which, of course, makes no sense at all. Sacrilege is not determined by a declaration of a local bishop, one way or the other, but by the very action itself.

That, of course, explains why Dolan said he would not have denied Holy Communion to Biden back during the campaign when Fr. Robert Morey of Florence, South Carolina, did just that. Dolan infamously noted, regarding the story, "If only saints could receive Holy Communion, we wouldn't have anybody at Mass, including myself."

There is still no consensus on the part of bishops to actually follow canon law in hundreds of other cases around the nation.

Much larger questions loom over all this, occasioned by Cordileone's correct action, but perhaps the most pressing question is, Do the bishops themselves believe the teaching on the Eucharist, and if they do (because it's not clear at all that at least some of them do), why don't their actions comport with Church teaching on the subject?

So while the impetus to praise Cordileone may be strong — not so fast. Thirty-five years is a long time to have dithered around with this whole matter, 10 of those years on his watch. And, even now, there is still no consensus on the part of bishops to actually follow canon law in hundreds of other cases around the nation.

True, Biden and Pelosi are certainly the poster children for this whole thing, but they are hardly the only examples. On both state and federal levels, there are scores, if not hundreds, of other examples of this same evil, where bishops simply look the other way.

And a final question: With the dwindling number of believing Catholics being more and more evident, is it finally reckoning time for the U.S. hierarchy?

After decades of ignoring this evil, can it be that a smaller-yet-more-vocal-and-critical denouncement of their inactions is finally reaching their ears?

It is a question. Why now after so long of doing nothing? That question matters because the answer has predictive value in the coming months and years in the Church in the United States. 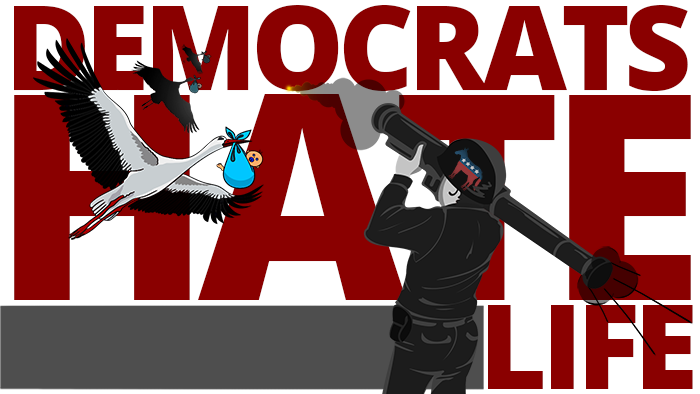 Democrats Hate Life
And so do too many bishops.