As faithful Catholics — as opposed to just cultural or lapsed Catholics — watch in horror as Hillary Clinton moves one step closer to her life ambition of being president, a natural tendency arises to become a default Republican supporter.

Hillary Clinton's worldview is evil. The woman is possessed by an evil view of the world. She is a danger to everyone she is around because of her insidiousness and deceit. Under no circumstances can she ever be supported by anyone Catholic. So let's just get that out of the way right up front. She is a living, walking, talking embodiment of an enemy of Christ.

That said, the default to support the Republican Party, candidate and agenda is not as clear cut as many may think. This is not your father's GOP — no way, no how. Watch this clip from last week's GOP convention in Cleveland. The speaker is Peter Thiel, the founder of PayPal and early investor in Facebook.

Did you hear the raucous applause? That speech was a watershed moment for the GOP. Despite all the hoopla about how pro-life the party platform is, the truth is the platform carries no weight at all and is merely symbolic — and those who put it together are among the most elite and hardworking grassroots types that are given a bit of a reward for all their efforts during the year.

The reality in the GOP these days is what you heard when Thiel announced he was proud to be gay and a Republican. The moral issues as an issue have long since been abandoned by the party leadership. The horse is out of the barn. The train has pulled out of the station. That ship has sailed. Use whatever analogy you want. The party as a party will never again be rolling back to pre-same-sex marriage days or pre-Roe v. Wade days.

The GOP has moved beyond these issues because the party leadership has correctly recognized that the American people don't really care about these issues. That's why we still have abortion. That's why the Supreme Court last year could comfortably hand down its same-sex marriage ruling, and barely a whimper from anyone. America has become an immoral country, at relative ease with Her immorality. Contraception led the way, then abortion, then no-fault divorce, then same-sex marriage — evil multiplying evil.

And America will pay for Her immoralities. Some of the punishment has already come in a deepening economic crisis, the loss of material goods, the psychological and emotional impact of devastated families and so on. But these will pale in comparison to the final blow. The Roman Empire went on a slow, steady decline and blew up at the end.

America's decline is steady, but because of technology, it will not be slow. And like many empires before ours, America will also blow up. The Democrats push evil, and for now, the Republicans stand silent about the evil. But more and more, the GOP is coming on board with the evil. The GOP is not what it looks like; it's not your father's Republican Party — but many political conservatives have yet to wake up to this reality.

In the 1960s and early '70s the Democratic Party underwent a profound shift in principles, but huge numbers of Democratic voters didn't realize it until too late. The foundational shift was summed up in former Democrat Ronald Reagan's famous 1962 comment, "I didn't leave the Democratic Party. The party left me."

Well, the same thing is happening now to the Republican Party and Republican voters. The party is moving; the move is almost complete — not quite, but almost — from the pro-life, pro-family party to the party barely distinguishable from the Democrats on the issues of evil. This shift needs to be greatly considered by faithful Catholics.

Many faithful Catholics have spent years working very hard for various candidates and ballot initiatives and referenda to keep the society as moral as possible. Face the music here: We lost. And Our Blessed Lord may very well be sending us a message. We have for too long with a sincere heart put our trust in princes. Bad move. We should have been evangelizing instead.

If a majority of the electorate had been converted to authentic Catholicism, we wouldn't be in this mess we are now in and from which there is no natural escape. But we didn't do that. We didn't feel the need to try and convert a Protestant nation with the seeds of its own destruction ever present. Church leaders were content to do very little, as evidenced by the shocking lack of conversions before Vatican II.

We Ctholics sat back, watched the world go by, didn't care enough for souls, and as a result, now have to face the reality that the souls of our loved ones are now threatened. And even still, we hear various religious leaders, like their forebears, keeping silent, ignoring the coming storm, even pretending there is nothing to be concerned about by declaring we have a reasonable hope that all men are saved.

Even among faithful Catholics who are politically involved is there a conscious, honest-to-God awareness that what is really being fought over here is not constitutional principles but the reality that the more corrupt the society becomes, the more souls will be damned. Catholics have not devoted enough of their time to converting the culture. We have spent too much time trying to effect natural change through the political realm.

Well, the kingdom to which we belong is not of this world. We are called to convert people to the truth of Jesus Christ in His Holy Catholic Apostolic Church founded on Blessed Peter. If people believed and lived Catholic truth, there would be none of these evils. Yet we missed our window.

But the leaders — the bishops and religious superiors — have not followed this path. They have not instructed the laity to follow this path. And what do we now see? One major party already completely controlled by the diabolical, and the other major party in the process of also being controlled by him.

Catholic pro-lifers should have been at least as concerned with the souls of the Protestants pro-lifers praying with them at the abortion mills as they were abortion itself. Did the conversation come up that we should go back to the days when contraception was illegal? Was the discussion ever had that all religions are not the same, that there is only one true Faith?

You cannot effect change on the natural level that will have any lasting effect if you forsake the supernatural. The GOP is no longer what it looks like, and America is no longer the country it used to be. 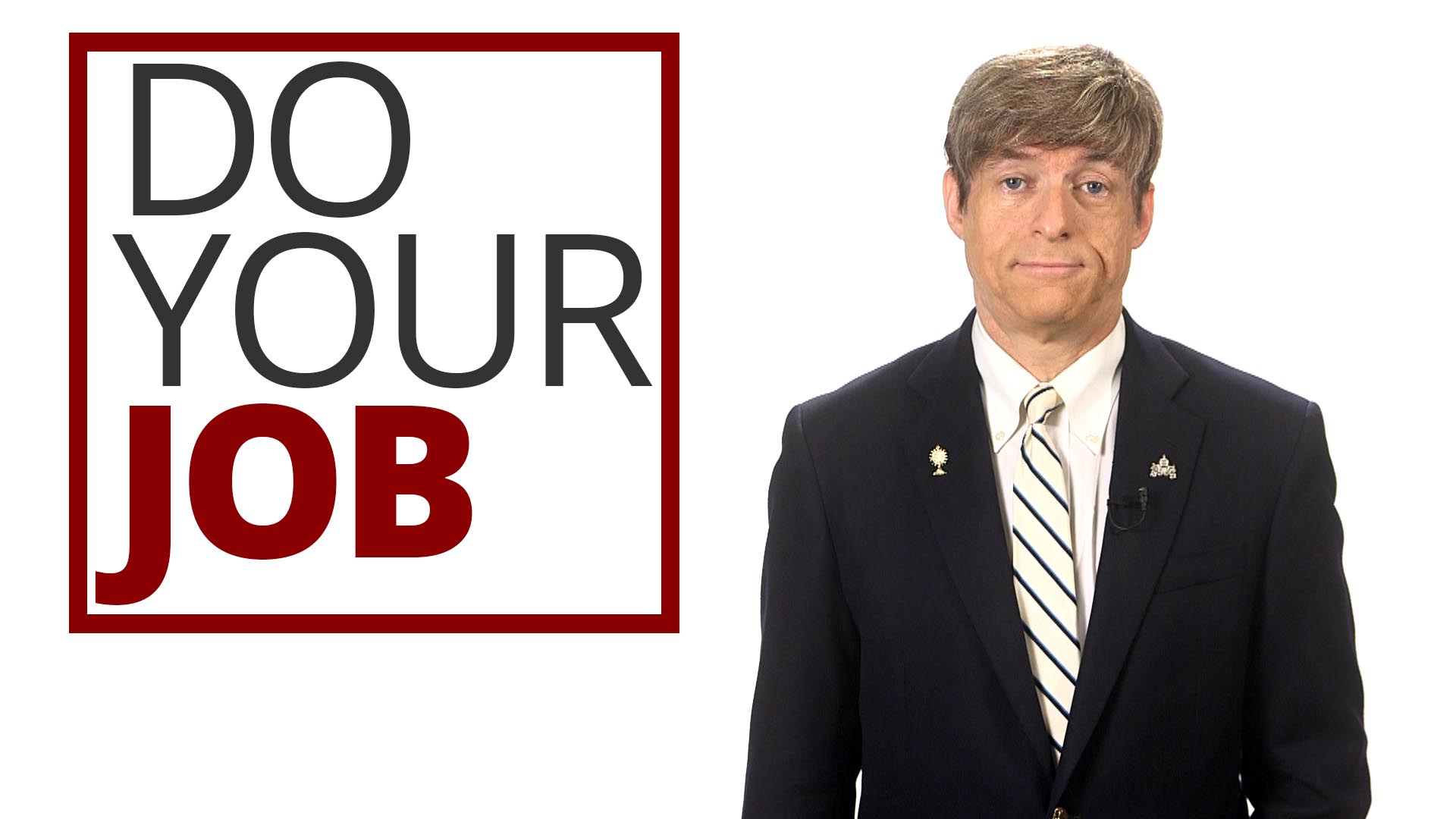 Do Your Job
There is a lot of similarity in the worlds of politics and the Church.