It's the whole meaning of life.

There is no better gift, no more awesome grace a soul on earth can be granted other than the gift of the Catholic faith. Period. There is but one single goal in this life, the whole entire reason you exist, and that is to attain salvation. That means dying in a state of sanctifying grace — and there are no other means by which that can be guaranteed other than through the Catholic Church.

The Catholic Church was established by the Son of God for this purpose: to create saints, to have people exit this life and into the next in a state of holiness, ready to be in a state of holiness for eternity. This is why the Catholic Church is necessary for salvation, and outside of it there are no means of salvation. Jesus Christ did not establish multiple churches. He established one Church and one Church only. This means that non-Catholic Christians, referring to their congregations as "churches," is entirely unbiblical.

The Hebrew word from the Old Testament, which eventually came to be translated into the Greek ekklesia and then the English "church," is qahal or kahal. It meant something very special; it meant the people of God, the people that God has chosen for His own, singled out for His special intimacy. While it had a corporate aspect to it as an assembly with leaders and so forth, it was by no means restricted to that more narrow meaning.

When Our Blessed Lord spoke to Peter and said on him He would build His qahal, he was meaning both an assembly of people organized around His vicar but also a people unique to Him with a special bond. Think in terms of a groom and his bride. This is why there cannot be more than one Church because a groom cannot have more than one bride. This is why St. Paul makes the very clear point that the relationship between husband and wife is a mysterious reflection of Christ and His Church. But the corporate aspect of the Church is not without meaning. It is of great importance because it defines who is a member of the qahal, and just as significantly, who is not, by their own choosing or ignorance.

What is salvation ultimately? It is everlasting union with God. There is only one God, and therefore there can only be one union between Him and His people, just as a husband and wife can only have one marriage between them. The kahal is realized in its fullness and completeness in Heaven — what we call the Church Triumphant under the imagery in the Book of the Apocalypse of the "Wedding Feast of the Lamb." That image of the sacredness and uniqueness of marriage is always at the heart of salvation for this is the goal of salvation.

The Catholic Church alone has been given the grace of being the instrument of salvation because there is no other Church. There cannot be more than one Church. Yet, this beauty, this glory and this truth of the Church make many of Her ministers squirm and feel uncomfortable to announce. Instead of insisting and pressing this point propounded by Jesus Christ Himself, they prefer to ignore it or downplay it or make up excuses for not stating it clearly. Well, here's some help for them. Repeat after us, "Salvation is not possible without the Catholic Church." See, that's not so hard, is it? Yet, the reluctance to preach this beautiful truth indicates something is wrong with the preacher.

Why is it so hard to say what is one of the most core teachings of the Faith? Is it ignorance brought about by poor formation? How about never really having thought it all the way through to its logical conclusion — the nature of the Church? Perhaps the belief is there, buried somewhere, but smothered over by fear of being attacked and called names? Or maybe it's the love of self, of wanting to be well-liked and respected, and down deep, the priest or bishop knows that if he announces this divinely revealed truth clearly and constantly, he will lose the respect of worldly men. Or maybe it's even rationalized as not a prudent thing to say because it's too "divisive." This is what faithful Catholics are fed up with, sick and tired of.

Whatever the reasons, too many leaders have chosen the path of non-confrontation, forgetting that there has been no more confronting person in all human history than Jesus Christ. The Son of God confronted the entire world, and in so doing, He established His Church, His qahal, to be His beloved here on earth, preparing them for the everlasting wedding feast.

This is the secret underlying perhaps one of the most beautiful passages in all Scripture, fittingly in the culmination of all 73 books of the Bible, "I also saw the holy city, a new Jerusalem, coming down out of Heaven from God, prepared as a bride adorned for her husband." (Apocalypse 21:2) Yes, as a bride adorned for her husband, given in a marriage that will never end because there will be no more death.

There is nothing greater that a soul could be given other than the Catholic faith, which leads to eternal life. 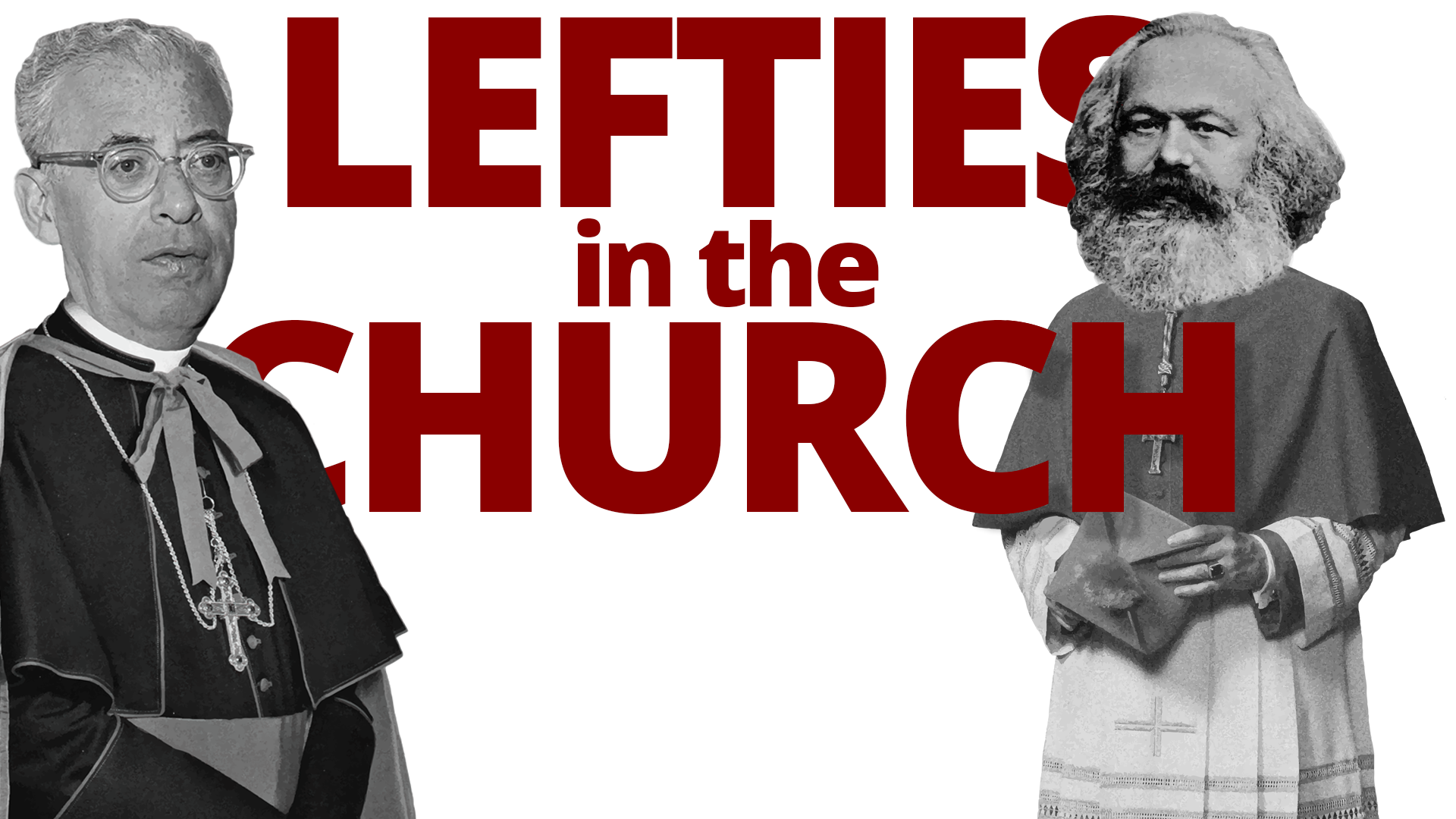 Lefties in the Church
The Left are the offspring of the Demon.