If they get their way.

I'm Michael Voris coming to you just moments after the Silence Stops Now rally here in Baltimore concluded. The Church in the United States is at a critical point — Her very existence is in the balance.

The impurity and rot promoted by various clerics, which has been allowed to fester and rot by complicit or cowardly bishops, is now exacting its toll — over $4 billion paid out to cover for the sexual crimes of the clergy.

Imagine how many hundreds of millions more are going to be paid out in legal fees over the coming years as dozens of government investigations get up to full speed. Money and, most importantly, souls are pouring out of the Church in unimaginable numbers for one reason only: too many bishops have simply stopped being Catholic.

They either do not love the Faith at all or they don't love it enough. This has to end.

If they want to go to Hell — even though some of them either don't believe in Hell at all or refuse to accept they could go — well, they can all go.

Hope they don't; hope they cooperate with whatever graces the laity are meriting for them with prayers and sacrifices — but if they don't, then they are damned. But they don't get to ruin the souls of others in the process. The number of people who have left the Faith over their lies and infidelity is stunning.

All around the hotel and the promenade here in Baltimore, we spoke with a large number of former Catholics — former — who said they want the Church fixed but had lost their faith and had no plans to return.

If these bishops think for one moment that they will not have a share in the punishment for this horrible evil, they are in a for a shocking revelation when they drop dead. Left unchecked, there will be nothing left by the time this lot is done with being bishops — nothing left.

The supposed good ones among them have remained in near total silence while the James Martins of the world and the Cupichs and the Tobins among them have ripped souls to shreds with their lies and distortions.

They would rather empty the Church before abandoning their heresy and heterodoxy. They don't care that there will soon be nothing left. But we do: the few, the faithful — we care, with every fiber of our beings and souls.

We will fight you and your diabolical madness every time it raises its filthy head. Whether it's your perversion of the Church's moral teaching in the realm of sexuality, or your destruction of catechesis or your phony evangelism or whatever it is.

You name it, you will find the faithful there to defend and promote truth. You have chosen to make the devil your father, and for the time being, you are benefiting from the horrible formation of many of the bishops and the woeful lack of catechesis of many of the baptized.

But you will not win in the end. Your earthly existence will come to an end and you will join Judas, your brother. We don't want that, but it is the choice you are making, and not even God Himself will intrude on your free will.

If you are damned it will be by your own hand. In the meantime, you are engaging in a spiritual scorched-earth policy where nothing of the Faith will be left behind when you fall into Hell. But Our Blessed Lord does not abandon His sheep, even if there is only a remnant, owing to your diabolical machinations.

It is up to the laity as well as the clergy you have not either sexually assaulted or doctrinally perverted to offer themselves as living sacrifices to offset your evil and indifference.

Here in Baltimore, many Catholics at the rally committed themselves to being used by Heaven to save souls.

Nothing else on Earth matters — nothing. 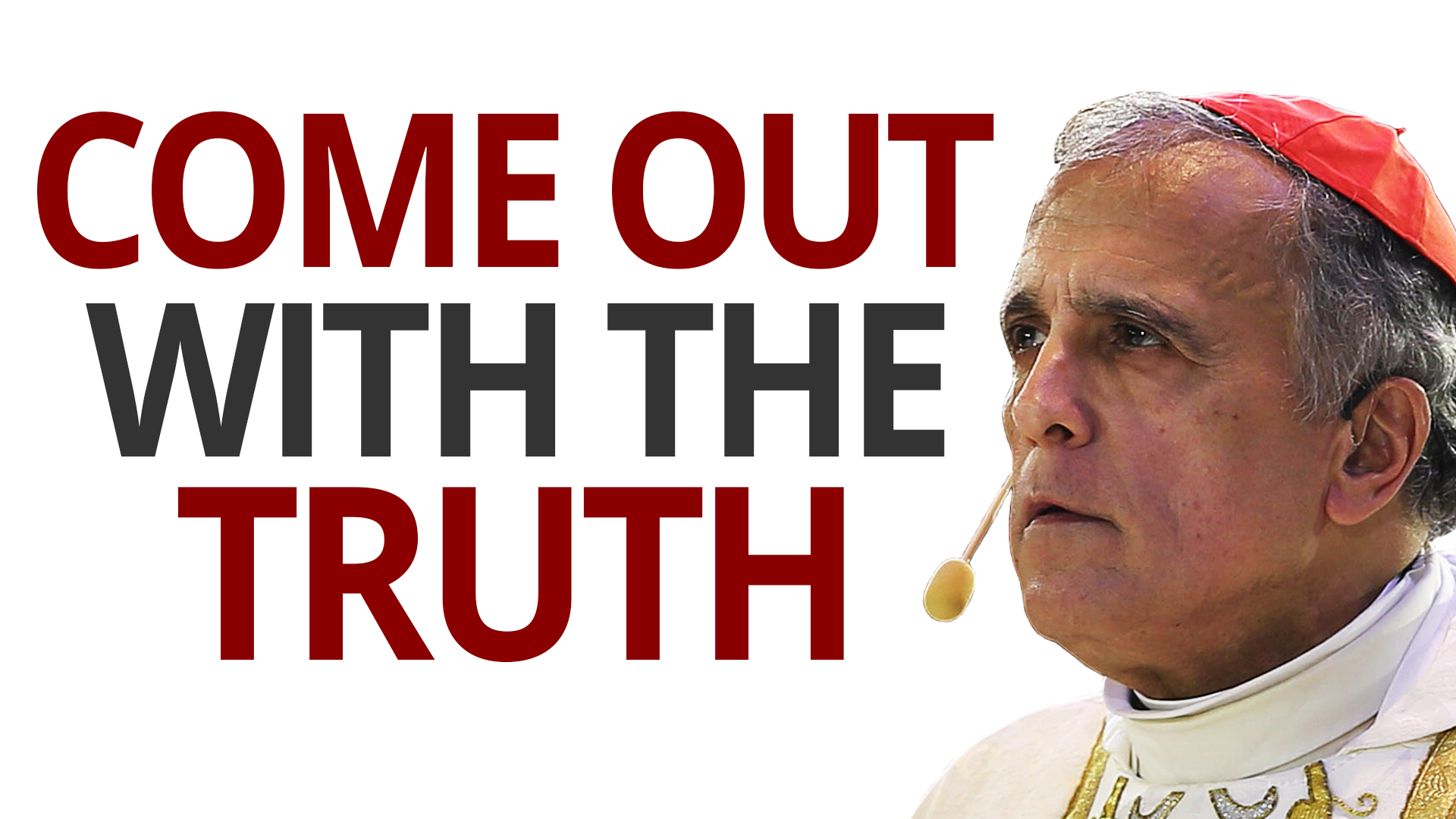 Come Out With the Truth
The truth must be told.