A half a billion, to be precise.

Following up on yesterday's Vortex where we talked about Vatican Secretary of State Cdl. Pietro Parolin and his apparent covering up of at least a $13 million theft from the U.S.-based Papal Foundation — now there's more.

Parolin's offices were raided internally by Vatican police last week, as was widely reported in international media. The unprecedented raid, created a firestorm of questions.

Church Militant has been informed that, behind the scenes, this is something of a power play between various Pope Francis factions, apparently all of whom are unhappy with him — just for competing reasons.

Indeed, it was Francis himself who gave permission for the raid, but by the time the case arrived on his desk, too much was already known by too many for the Pope to have not acted.

In short, various workers in the Vatican Secretary of State diverted — or ripped off — approximately 400 million euros; that's almost $500 million from the account which administers Peter's Pence.

Let that sink in: half a billion dollars stolen. Those optics immediately look bad — really bad. Francis' "Church of the Poor" has high-level workers stealing from a pot intended to help the poor.

It's so bad that the Swiss Guard was handed this flyer with the workers' official headshots and ordered to not let them back into Vatican City while the investigation is going on.

What has the investigation turned up so far, according to our Vatican sources?

That about half of the money, approximately $250 million, diverted from Peter's Pence, was used to buy a massively expensive building in the heart of London on Sloane Avenue.

While the cost of the building was at market price, the point is that the purchase was made with funds not authorized to be used for real estate or real estate speculation.

On top of that, when all the Brexit madness and political fallout turned into economic news, the market for expensive real estate in London took a huge hit and the value of the building dropped.

Additionally, some of the remaining roughly $250 million — 200 million in euros — appears to have been diverted to either phony legal companies or, at a minimum, fraudulent billable hours to cover for the purchase of the London property.

Aside from the theft, which makes Cdl. Parolin's so-called "loan agreement" for $13 million with the Papal Foundation look small by comparison, there is the more painful PR problem for Pope Francis of just who was in charge when the senior managers got sticky fingers.

That man is Cdl. Angelo Becciu, who was deputy to the Secretariat of State, the offices that were raided, at the time all this illegal stuff was going on.

He is a dyed-in-the-wool Francis man, who the Pope promoted to cardinal last year.

In December of last year, he transferred to become prefect of the Congregation for Saints and his replacement at State is none other than Abp. Edgar Peña Parra, a man with a very questionable past, but also an FOF — "Friend of Francis."

The theft or diversion of half a billion dollars appears to have happened on Becciu's watch, and the cover-up and resulting raid on Parra's watch.

Parra has a very troubling past, a past which Pope Francis seems to have no problem with.

This past June, Abp. Viganò, in hiding for fear of his life, told The Washington Post that he's seen with his own eyes official Church documentation linking Parra to the deaths of two men in Venezuela in 1992.

The deaths from electrocution occurred on the island of San Carlos in Lake Maracaibo in northern Venezuela, and according to the Church documents Viganò read, he says, "[T]he two corpses were found naked, with evidence of macabre homosexual lewd encounters."

Moreover, Parra has a long history of accusations of homosexual predation, including the seduction of two seminarians in September 1990 in Maracaibo, an account investigated and confirmed in writing by the seminary rector.

Archbishop Viganò also insists the Vatican has in its possession a 25-page dossier detailing Parra's alleged crimes, but none of this has stopped his rise to power in the Francis Vatican.

According to sources here in Rome, the half-billion-dollar theft was reported to Francis by high-ranking officials at the Vatican bank.

That little nugget is what prompted the reports that a huge internal power play was underway inside the walls here.

The Vatican Bank has a very long history of corruption. That the bank would actually report other officials of corruption has become something of a quiet joke here.

When Francis stepped out onto the loggia back in 2013, one of the two pressing issues was the widespread corruption — financial and moral — that needed cleaning up.

Jorge Bergoglio was presented to the cardinals in conclave as the man who could get everything cleaned up because he was not part of the bureaucracy, he was the consummate outsider.

But under Francis, the scandals have proliferated and Vatican corruption seems more entrenched than ever.

Extremely questionable men in high-ranking office, sex abuse cover-up on an unprecedented scale, back in the United States bishops facing hundreds and hundreds of lawsuits, new accusations arising against the old guard like Bp. Howard Hubbard of Albany and hundreds of millions of dollars simply stolen.

On top of that, a dispirited workforce, overworked and hunkered down, terrified of getting their heads chopped off; personal politics of destruction running amok; a soaring operating deficit — $80 million in the red last year alone — and true or not, increasing social media chatter circulating about a secret plot to overthrow the Pope.

And, oh yeah, the little matter of a synod threatening to split the Church, raising questions all over the world if Pope Francis was ever validly elected, or if he has preached heresy, and if a major portion of the hierarchy has simply lost supernatural faith.

Add to that a synod in Germany looking very much like a schism in utero and you have a papacy in crisis — no doubt about it — despite attempts by liberal Catholic and secular media types to downplay it all or even cover up for him editorially.

Regardless of his efforts to stack the College of Cardinals so that a Pope Francis II will be elected next, much more of these high-level scandals and never-ending controversies may just deter some cardinals from voting for "more of the same."

Coming to you from Vatican City. 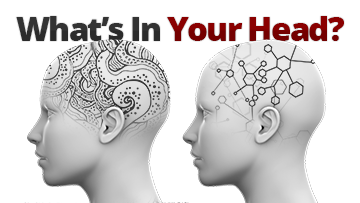 What’s in Your Head?
Because, it really DOES matter.