Now, On to Griswold!

Amidst the hyperbolic explosions of rage by the demonically controlled Left over the Supreme Court leak this week, not a few of them have made a connection, understood a connection, that many self-identifying conservatives refuse to. Abortion exists because of contraception.

They've never wanted to actually say that out loud over the past half century. In fact, they've declared the exact opposite, falsely claiming that the more contraception is available, the fewer abortions there will be. That seems logical on a superficial level but once you dig down one layer, the lie is exposed.

Widespread use of contraception creates a mindset that sex is solely for pleasure, and, when that mindset seizes hold, then the floodgates open. People come to view sex from a self-centered point of view. In short, it's all about my orgasm, consequences be damned. If and when the consequence is a baby, then the response from a selfish person is to just kill the child, and, frankly, for such a person, why wouldn't that be their conclusion? Makes perfect sense within the world of self-centeredness.

That world is created by the contraceptive mentality that says, "Sex is all about me, my orgasm, my pleasure." The late Fr. John Hardon once said:

The reason we have such massive slaughter of innocents is because we have become a fornicating society, an adulterous society, a homosexual society and a contraceptive society. Unchaste people are selfish people. They will not stop at murder if an unborn child would be a burden to their indulgence and sexual pleasure.

This crisis can be traced back to the sexual revolution.

This contraceptive mentality is why we see and have so much proliferation of sexual immorality — be it cohabitation, fornication, pornography, adultery and so forth. This is the whole evil logic underlying gay sex and the twisted legal logic for gay marriage — also brought to us courtesy of the U.S. Supreme Court, seven years ago.

All of this current crisis of sexual immorality and its devastating consequences can be traced back to the acceptance of contraception during the sexual revolution and its enshrinement by the high court in its 1965 Griswold v. Connecticut ruling.

In that case, in a 7–2 vote, the court struck down anti-contraception laws across the country and created the so-called "right to privacy," the same right which would then go on to be used in Roe eight years later. The sexual passions were thus unbridled and set loose, given legal protection and promotion. Like demons swarming out of Pandora's box, there would be no controlling them.

Interestingly, however, the Left admits this connection readily now. During the Amy Coney Barrett nomination hearings, she was pressed by Democrat senators on her view of Griswold. All over social media, in the wake of the leak of the draft from the Supreme Court, Marxists are up in arms, declaring, "If Roe falls, your constitutional right to birth control will also be in jeopardy."

But the Marxists aren't just worried about their contraception — they're worried also about their gay sex as well, legalized by Obergefell in 2015. Wishful thinking there, sadly. No, that won't happen, because social and political conservatives embrace the contraceptive mentality — they just don't like the one consequence of it, child killing.

The Right is fine with compromise.

That is the heart of the contraception mentality, and it's the compromise with the Devil that the so-called Right has made. And here comes the zinger. The reason why so many social conservatives have hopped in bed with the Devil is because they want to have consequence-free sex themselves. In other words, they support contraception.

But when you support the underlying cause of abortion, you can't turn around and then condemn abortion itself. The culture has become thoroughly corrupted by this compromise with evil by the Right.

It was the so-called Right that first accepted and embraced contraception most, especially Protestants (beginning with the Anglicans in 1930 at their Lambeth Conference in London). Within 30 years or so here in America, Catholic bishops, now beginning to drown in homosexuality within their own ranks, simply shut up in the face of the contraceptive juggernaut. They have remained that way ever since, even down to today.

So what have we learned from the Supreme Court leak? We learned that the Left understands the connection between abortion and contraception and gay marriage and so forth. The Right, on the other hand, as usual, is fine with compromise. 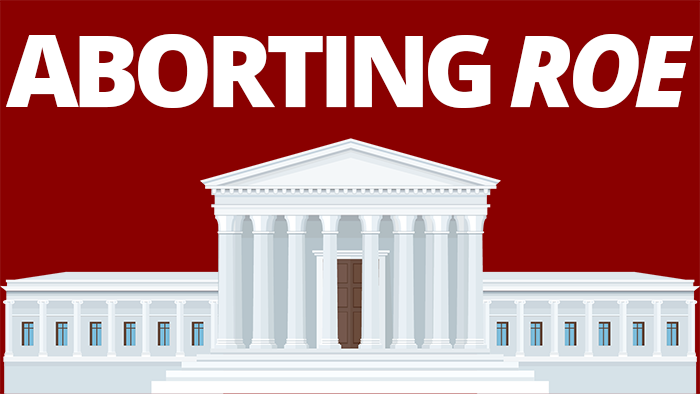