Now, Was It Worth It?

The raging battle in the Church between authentic Catholics and fake Catholics of various stripes is always set against the backdrop of eternal destiny: Heaven or Hell. That's always playing in the background. But oftentimes in the heat of battle and the fog of war, it sometimes is not thought about as much as it should be.

So let's break for just a moment and bring it to the foreground.

Cardinal Godfried Danneels just died a few days ago. Godfried talked openly about the St. Gallen Mafia and that group's decades-long plan to get a pope elected who would bring doctrinal revolution to the Church, officially installing modernism.

Danneels, as all doctrinal perverts, had a little other perversion going on as well. At one time, he used his power to try and persuade an abuse victim of homosexual clerical predation that he should keep quiet.

And for the record, the homopredator priest was the uncle of the victim. But Godfried couldn't care less. Dogmatic perverts never confine their perversion to just the blackboard and lofty discussions.

Their miserable consciences drive them to drag their perversity into the real world so as to corrupt as many as possible and create an environment of spiritual corruption so they can feel justified in their own evil. They hate truth.

Stop and consider for just a moment that one single action of a successor of the Apostles: He covered for a homopredator priest who raped his own nephew while also trying to intimidate the nephew-victim into silence. Still think we have a reasonable hope all men are saved, Bishop Barron?

A few days ago, Cardinal Danneels met the Judge of Heaven and Earth "face to face," so to speak, and his destiny was set for eternity. And before the Church of Nice crowd or the whack jobs at National Catholic Reporter say, "See, Voris wants people to go to Hell" — no we don't.

We never want to see Satan claim a soul — ever, never, whatever evil that soul chose here on earth. We want what God wants, which is for everyone to choose Heaven. We pray, and ask you to pray, that Danneels was somehow spared at the last moment.

But that said, the question has to be asked because eternal salvation depends on facing the cold hard facts of reality: Can a man be saved who does not recognize his own evil?

Can a man be so wicked that even if some grace is given to him, he will refuse it? Grace does not overwhelm free will, it does not prevent a man from rejecting it. That would not be grace, it would be divine coercion, which can never be.

Has Danneels just entered into Hell for eternity? If so, as he plunged headlong into the fiery abyss, tortured and mocked by demons who will now torment him forever — a prize catch, owing to his state in life on earth — if this has come to pass, we must ask the question: Was it worth it? All the evil and perversion and plotting against the Church, the machinations and wicked alliances all aimed at destroying truth?

And for what, some fleeting earthly power and prestige in the Church, an authority used in the act of treason against truth? Was it worth it, former Cardinal?

Is the malevolence and enmity of the demons who would now be ripping you spiritually limb from limb, lusting for the moment your body will be reunited to your corrupt and hideous soul so that your everlasting, non-stop pains may be realized in your flesh as well, was it worth it, Your former Eminence?

All earth’s glories are now gone from you forever. You are tortured in utter darkness, burning, but never consumed, in spiritual fire that you could never have imagined on earth in a thousand lifetimes.

You are bound tight, all freedom of movement now gone forever. You are in the kingdom of Satan who you freely served here on earth and will now be a slave to forever.

Was it worth it? You are now a constant prey to the savage brats and fallen angels, whose promptings you listened to constantly, rejecting the very reality in which you are trapped now for eternity.

Was it worth it? All your former associates who are in the eternal fire with you despise and hate you, and you hate them — and the intensity of your mutual hatred can never be escaped from.

You now hate with a burning passion not possible in the earthly realm. You hate the God who created you. You hate yourself. You hate all the rest of the damned, enslaved just as you are.

And of this existence, there will be no end, no relief, no quenching drop of water brought to you. Instead, you will breathe in and out the burning wrath of God, and your nostrils will be filled with the stench of death, sulfur and infection.

And your hatred of the Blessed Trinity will be so intense that your everlasting torture will be preferred by you to the even greater suffering you would endure in the divine presence.

You hated Christ on earth, and the Judge simply announced and formalized your own free choice to reject Him in this life. And having rejected Him in this life, He has given you your heart's desire: an eternity of separation from Him.

You are now lower than the worms, in a constant state of torment, burning always in consuming fires which never actually consume, living with the everlasting thought that from this agony there is no escape, no end. You will never escape this night terror.

You have joined the Herods and Hitlers of history as well as the obscure, but still evil, adulterers and liars and cowards and thieves and Catholic politicians who plotted the murder of the unborn and those who kept silent about it — all bound together in wailing and gnashing of teeth and cursing.

You are prey to the mockery and tortures of demons who revile you and visit new agonies on you, you who have the sign of the Savior emblazoned in your soul and the marks of consecration in your hands, as you shriek in terror-filled realization from one eternal moment to the next that there is no end to this causing you to wail in everlastingly intense hatred against the God who simply granted you your heart's desire: damnation.

If you are, in fact, damned for your treachery, your treason against Christ and the Church, against His innocents, your screams, joined by millions and tens of millions, hundreds of millions, billions of other screams will be: "It was not worth it."

And the final reality is no one will care. You made your choice. You are damned forever. Your name effaced from the rolls of the living. Better for you had you never been born.

With your final chapter concluded and your book now closed here in the land of the living, in a few short years, no one will even know you had passed this way. You will be forgotten forevermore, even as you suffer unending torments for the coming centuries man might be on earth.

There is nothing left for you but abject agony consuming agony where the fire is never extinguished and the worm dieth not. Former Eminence, it was not worth it. This, my fellow Catholics, we must never forget.

Amidst all the clamor and fighting and spiritual combat that can get very personal and upsetting and draining, never lose sight of the purpose of the fight. The salvation of souls is worth everything and is the very definition of true charity, not cowardly political correctness and certainly not treachery against God.

If Danneels is damned, as Judas was, then all of us who are watching this will shudder, be bothered, which is the correct response — think about it and be disturbed.

But we will each eventually go to sleep this night. And when we awake hours later, our thoughts of all this will retreat into the business of life and Danneels will be forgotten about.

Meanwhile, he will be burning, and no one will mourn him because he is not worth mourning. He will be forgotten about as his agony never ends. 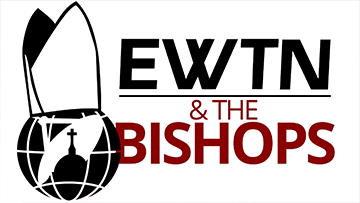 EWTN & the Bishops
They got control. And now, it's full steam ahead.