Of Course, It’s the Jesuits

May 14, 2020  0
Podcast Available for Premium Subscribers

When Pope St. John Paul II told us that the devil uses politics to maintain his dominance in the world, he hit the nail on the head. For any person who thinks the lefties, meaning Marxists, in Roman collars aren't all about politics, then you don't know what's going on.

A few days ago the Jesuit rag America magazine actually published a story about why the Electoral College needs to be dismantled. So much for staying out of politics, right?In an exuberant display of advancing a Marxist agenda all wrapped up nicely in religion, the article, titled, "It's Time To Rethink the Electoral College," was appalled at the idea that Wyoming, for example, has one electoral vote for every 140,000 people, while California has one electoral vote for every roughly half-million.

The Jesuits would much prefer that a handful of large population states horde the popular vote and steamroll over the interest of a bunch of smaller states.

The name of the country is the United States of America. See, that's a giveaway: Each state is essentially its own "country," with its own court system, laws, legislature and governor. In this way the states are equal — no single state gets to bully any other state. The number of people living in any given state, therefore, becomes a secondary issue.

The Marxist Left wants to keep moving the goalposts, just like the Jesuits want to do in the Church

So why would the Jesuits be interested in all this wonky detail? Because they are backers of the Marxist ideology which reigns supreme in these giant states like New York, Illinois, California.

The reality is this: People move to those states or remain in those states because they prefer those states. It might be for a variety of reasons — the weather, the hustle-bustle, the economic opportunity, family roots, whatever. But they also don't have enough of a problem with how the state is run — or what laws are passed — to leave or fight politically.

When they do get fed up, like many Californians, for example, they start an exile from the state. The taxes are too high, the state government is too overbearing, whatever. Most of the time, in fact, they are "economic immigrants," a cause, ironically enough, near and dear to the bleeding hearts on the Left.

But behind the states' rights arguments and voter underrepresentation or overrepresentation is this little, single point: The smaller population states — largely Republican because there are more of them than the big blue monsters — are able to flex muscle greater than they otherwise would if there was no Electoral College. The state-for-state paradigm causes a power shift away from concentrated population centers calling all the shots.

This was rightly recognized and adapted for by the Founding Fathers, who understood that a small majority could essentially wipe out a large minority. But as they are so prone to do, the Marxist Left wants to keep moving the goalposts, just like the Jesuits want to do in the Church.

You can't swing a dead cat in the public square, that you won't find some daily article, book, post, interview or talking head going on about why the Electoral College needs to be blown up. In fact, after the 2000 election, a bunch of blue states formed a pact called the National Popular Vote plan, which would essentially render the Electoral College a moot point.

Fifteen states signed on to a compact agreeing that their electoral votes — which are, remember, controlled by their individual states — would go to whomever won the national popular vote, regardless of how their state voted — a move that would essentially short-circuit the Electoral College and convert the election into one giant national election, not 50 separate states voting for who they each think should be president, which is what it is now.

Again, why are the Jesuits backing this whole thing? Because this is a plan of the elites to cancel out small-town America and most importantly, its small-town values. Remember Obama's denouncing of those who cling to their guns and their God?

So far, the Marxist Left in the Church and the ruling class hasn't quite been able to grab hold of the brass ring. They're close, they're really close, but they just can't quite get the ball across the line. So, let's simply overrun the peasants — design a way to circumvent the Constitution —and make sure we impose Marxism and its godlessness everywhere, including right down to main street in smalltown USA.

And it's the values, or lack of them, that's really at play here. They want a centralized federal government overseeing one giant population — a Marxist monarchy, in essence, where religion is eventually eliminated and any opposition, anywhere in the land can be stamped out. Right now, in the states' rights paradigm, that's a little tough.

The Left has used politics for decades now. What they couldn't get through the ballot box, they got through the courts. But now they want it all. And they're sick of waiting.

If Trump wins again — and again by the electoral college-vote without securing the national popular vote, like what happened in 2016 — you will hear howls coming from the Marxists demanding that the system be overthrown or worked around. And if that happens, you can bet that the Jesuits will be leading them all in prayer. 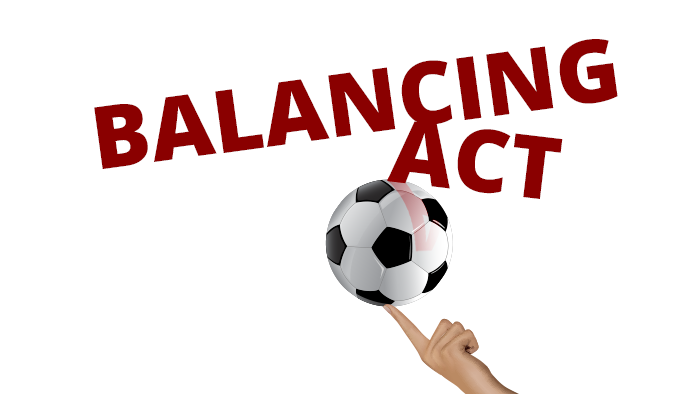 Balancing Act
Extremely out of balance.