Loads of you are contacting us and asking us what's going on with the Baltimore situation and our protest rally scheduled for Nov. 16, 2021 while the bishops are meeting there.

We had a first hearing where we asked the court to issue a temporary restraining order (TRO) enjoining the city of Baltimore to butt out and let us have our rally. In that hearing, the city argued that we should be denied the TRO and the case tossed out.

After hearing some back and forth, the judge ruled against the city and partially for us. She did issue a partial TRO ordering the city to not interfere with us in resuming our plans to have the rally at the MECU pavilion, immediately next door to the Baltimore Waterfront Marriott where the bishops are having their fall meeting.

We were immediately back in touch with the pavilion people and are restarting our plans with them, which are now very far behind, thanks to the city ordering them to stop.

The judge said the city can no longer do that, so they definitively lost round one, and we had a partial victory.

We are extremely excited about seeing exactly what 'credible threats' they have.

Next, because of the urgency of all this (the rally date is now just weeks away), the judge said she had not had enough time to hear all the arguments from each side, so she has scheduled a hearing for that at the end of the month. In the meantime, the city must file its case against us by next Friday, and we get to respond by the following Monday.

Based on the initial arguments the city set forth on Tuesday, they have a very weak case. In fact, it's actually stupid and contradictory.

Right out of the gate they told the court that they "have credible threats of violence," meaning St. Michael's Media engages in violence or threats of it. City attorneys then kept insisting that there was no contract between us and the pavilion. Next, they said the pavilion posed "concerns" because of the number of people expected to attend (3,000). The attorney actually said there was a threat of bottlenecking, etc.

The attorney then concluded by telling the court the city was not opposed to us exercising our First Amendment right to free speech, free exercise of religion and the right to peaceable assembly at other locations in the city, just not there, next to the bishops meeting. They also tried to get us dismissed by appealing to some technical points that the judge swept away in short order.

So as we look down the road in anticipation of the upcoming hearing at the end of the month, let's examine the city's argument and then our position.

First, the city is obviously on record now that St. Michael's Media poses a threat of violence. Their attorney directly states, "We have credible threats of violence." It's important to remember that it is now entered into the official record.

Good. We are extremely excited about seeing exactly what "credible threats" they have because when Jim Shea, the city solicitor, said that to me over the phone and I asked him to clarify what the supposed threats were, he couldn't give me a direct answer, claiming there were reports widely available on the internet.

There are not any internet reports, for the record.

But here is a very interesting point that is wildly contradictory. At the beginning of the hearing, the city makes that "violence" claim. Then, at the end of the hearing, the attorney tells the court that the city has no problem with us having the rally at some other location in Baltimore, such as "the Sheraton or public parks." In other words, the city doesn't want this violent group at the MECU Pavilion, but is perfectly fine with this violent group going to the Sheraton?

That argument is flat-out stupid. Good luck in court trying to square that ridiculous circle. Strike one.

Likewise, when she said "bottlenecking, etc," precisely what is the "etc." part? That people might not throw away their candy wrappers? Oh, the horror! The event clearly needs to be shut down. Strike two. Neither the argument that we are violent nor the argument that the venue itself poses some kind of inherent danger is credible at all.

The third and final argument the city made is that there was no signed contract between us and the venue. That's true on its face. But the venue had sent us the contract to sign, meaning both they and we were operating on the legal understanding there had been a "meeting of the minds" and a mutually agreed-upon understanding that the rally was going to take place.

Sorry, but that does constitute a "contract." That is first-year law school material. Any law professor in America will tell you that a physical piece of paper does not need to be signed for there to be a contract in effect.

Second, the reason the contract was not signed was very simple. As the list of speakers kept expanding, we realized the original time we had booked for the gates to open was not enough time for the rally to conclude at 5 p.m. So while we were negotiating with the venue regarding price increases and new gate times, the city stepped in and shut down the process.

We couldn't sign the contract because the city prevented us from doing so, so to make the argument that there is no signed contract is specious. You stopped us from signing it. Besides, a physically signed contract isn't necessary in the first place. Strike three.

So the city's entire case boils down to this: There is no contract, we are violent, the venue is unsafe and we can go somewhere else.

As for our case, it's pretty basic. We had a contract. Our rally is religious, peaceable and well within our First Amendment rights. That is what the city has to argue against. Period.

So far, their "arguments" make zero sense. The government doesn't just get to make up stories that you are violent, offer no proof at all and yet claim they have credible threats.

Their case, if you can call it that, rests entirely on these claims. But remember, if we're so violent, then why are they OK with us moving to a different location? It's because they know they are lying, and they are trying to appear to the court as though they are somehow "accommodating," even telling the court during this past Tuesday's hearing that we could hold our rally "inside a Catholic Church."

In other words, you can exercise your First Amendment freedoms, but keep it inside a church. That doesn't fly. It is, in fact, the very definition of violating the First Amendment.

As we wrap up, it's noteworthy from a legal standpoint to note that last year the city ordered Baltimore strip clubs to close down because of COVID. The strip clubs sued the city for violation of First Amendment rights. The case was heard by the same judge hearing our case. As it became clear the court was not going to side with the city, they agreed to let the strip clubs reopen, and the case was dropped.

It was interesting that the judge brought that case up to the city once again and then suggested that they come to some kind of "arrangement" with us. And that's how the hearing ended.

In other words, you can exercise your First Amendment freedoms, but keep it inside a church. That doesn't fly.

We should know a final position near the end of the month or very early in October. So for those of you who have been waiting and/or have made reservations, keep your hotel reservations or rebook them. Hotels regularly allow you to cancel a day or two before, and we will know for certain long before then.

Regarding flights, if you have them, there's no need to cancel them because you can always just use the fare toward another flight, and airlines are being very generous during COVID madness at waiving their cancellation fees.

So pray and hope. It looks favorable that we are on our way and the city will be forced to allow us to hold this rally because of their violation of our First Amendment rights, not to mention the sheer idiocy of their arguments. 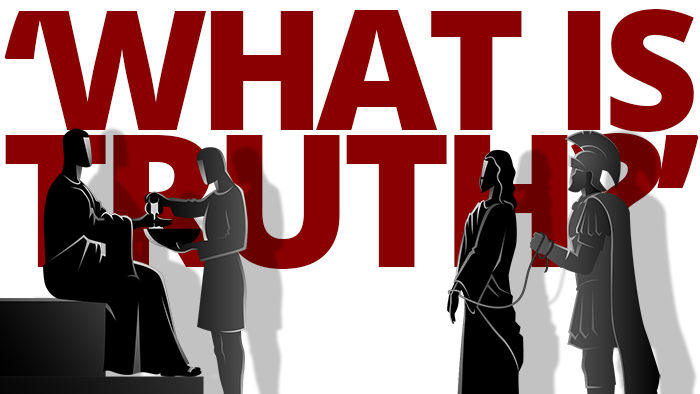 ‘What Is Truth?’
Understanding COVID.