Time to face the facts.

Time to simply admit, members of the hierarchy, whatever Vatican II was meant to have intended, the results have been an epic fail. There is not one area of the Church or Her life that has not fared worse as a result of the grand experiment of the Council. And anyone who is honest with themselves or others will admit that — in fact, has to admit that. No one can point to any single area and say, "Look! This is better than it used to be." Whether by objective analysis, meaning measurable quantifiable realities, or by subjective analysis, everything has grown worse than in former days.

Of course, the dissidents in the Church will deny this, at least on a subjective perspective, but even those liars and distorters cannot deny the objective reality. No matter what calculator or even abacus you use, every single Catholic demographic has been and continues to be blown up: baptisms, adult conversions, marriages, religious vocations, Catholic school students, Mass attendance, Catholic schools, parishes, active parishioners, family size, first Holy Communions, annulments, not one single area is even close to where it was 50 years ago or beyond — not one.

Then into the area not as easily quantified but still measurable: art, architecture, music, liturgy, devotional life, confession, awareness of sin, Hell and damnation, overall holiness, prayer life of the clergy and religious, catechesis, ecueminsim of the false kind, lack of clarity and so forth.

In fact, it is precisely the problems in the area of the subjective issues that have produced the scientifically knowable numbers in the objective area. And yet, in the face of all this, you will hear dissident Churchmen say that while they agree the Church is collapsing, the answer is to do more of what they have been doing in the area of the subjective for the past 50 years. Some people never get it. And then others are malicious and wicked and sinister and want to double down on the collapse so far and bring even more ruin to Holy Mother Church.

This Vortex isn't about whether this or that Vatican II document was heretical or ambiguously worded. It's about measuring the results. And the results are in: big, fat F. The leadership of the Church for multiple reasons has simply refused to accept the grade that their new Church, their social justice Church of Nice, has received: F. Hear that bishops? A huge red letter F across your entire foolish attempt to re-present the Church to the world.

Some people at the Council — some — were well-intentioned. They saw what were legitimate problems in the pre-conciliar Church and were generally trying to address those concerns. For example, Mass attendance in France before the Council was already dipping to about 50 percent, not an especially good number no matter how you approach it. Education of priests was already on the downslope, which is why so many just ran out the door immediately following the Council. Catholics had not been as catechized in holiness as they should have been, which is why so many simply threw open their arms and embraced the evil of contraception at the dawning of the Sexual Revolution. The list of problems prior to the Council is long, but however problematic it was then (and honesty demands that we admit that), it looks like the golden age of the Church compared to today's disaster.

To be certain, there were numerous voices expressing concern about the changes they either had prior knowledge of or saw unfolding, from the runaway train that became changes in the Mass, so deviant that in some locales Mass become almost unrecognizable. So-called ecumenism, which like so many other areas, developed a life of its own, became a perverted version of itself. Ecumenism originally referred to a unification effort between Rome and Eastern Orthodoxy because only Catholic and Orthodox Churches have apostolic succession. Protestant congregations do not. They arose out of thin air from the 16th century onwards and are completely unable to form a historical connection to Christianity in its apostolic form. Ecumenism, therefore, in the correct understanding is not possible with Protestant sects, properly referred to as ecclesial communions.

Yet the push to adapt practically the whole Church to the whims of the Protestant heresy, no matter how well-meaning, have contributed significantly to the collapse of the Church. It has done nothing to improve the 40,000 different tribes of Protestantism, and the Church has suffered greatly in Her self-understanding. Protestantism is on the decline, at least for now among all of the old-guard denominations. And once gone, they will stay gone forever, for they were built by fallible men, and they will go the way of all flesh, like so many groups before them. They do not contain within themselves the seeds of re-creation because the Creator does not reside in them. But He does reside in His Catholic Church, His mystical Body, which right now is at great pains to shed the heresy of Modernism which was allowed in a century or more ago. It has shed many heresies in the past, again after great pains, and has arisen from the ashes.

This is where we are now, we Catholics. Protestantism — unable to give a complete answer to the evils of the world, partly because that heresy helped create and spawn these evils — is in its death throes. Of course, this is realized in varying degrees here and there, depending on where a person might be, but the end is approaching, however unevenly distributed it may be from place to place. Meanwhile, the 19th- and 20th-century heresy of Modernism, the child of the 16th- and 17th-century heresy of Protestantism, is undergoing its own death in the Catholic Church, being replaced by a freshly emerging traditional Catholicism that is achieving the exact opposite of the realities of the Church of Nice.

There are increases everywhere in the Church of tradition as opposed to catastrophic decreases everywhere in the Church of Nice. In fact, the numbers in many ways are almost completely opposite, held back from even further expansion in some cases by malevolent or ignorant bishops and their staffs, who simply cannot deal with the reality that they have backed the wrong horse for close to a century.

Christ is present in teachings of the Church because they are His teachings. He cannot strive with the so-called teachings, better called perversions, of the Church of Nice because those "teachings" lead souls to Hell and that violates His divine will. Did He not promise, "I will be with you all days, even unto the consummation of the world"? And even more specifically, "The gates of Hell shall not prevail against Her"? The Church will not have some futuristic "moment" of collapse.

Look around you: The collapse is in full swing, even in some ways reaching its zenith. The old Church of Nice, a creation of men who opposed the authentic Church of tradition, is evaporating into the mist. Those responsible for its creation as well as sustaining it for this past half-century or so will have to stand before — or indeed, many have already stood before — their Lord and Master and faced their judgments.

God is allowing this cleansing, this pruning of His Church, with all its associated sadness, to bring about the greater glory of a more pure Church, just as He allowed His human Body to be ravaged by men as a preparation for the Resurrection. In the meantime, the plan of God does not remove from us the duty, the obligation to declare boldly and clearly the truth of Christ for those who might still listen to that truth and give it a hearing. But know the master plan is what it is. God never fails — one Bread, one Faith, one Body, one Baptism. "That they all may be one, Father, as you and I are one."

All things are moving to toward that end, casualties along the way notwithstanding. Pray they may be very limited from this point forward. 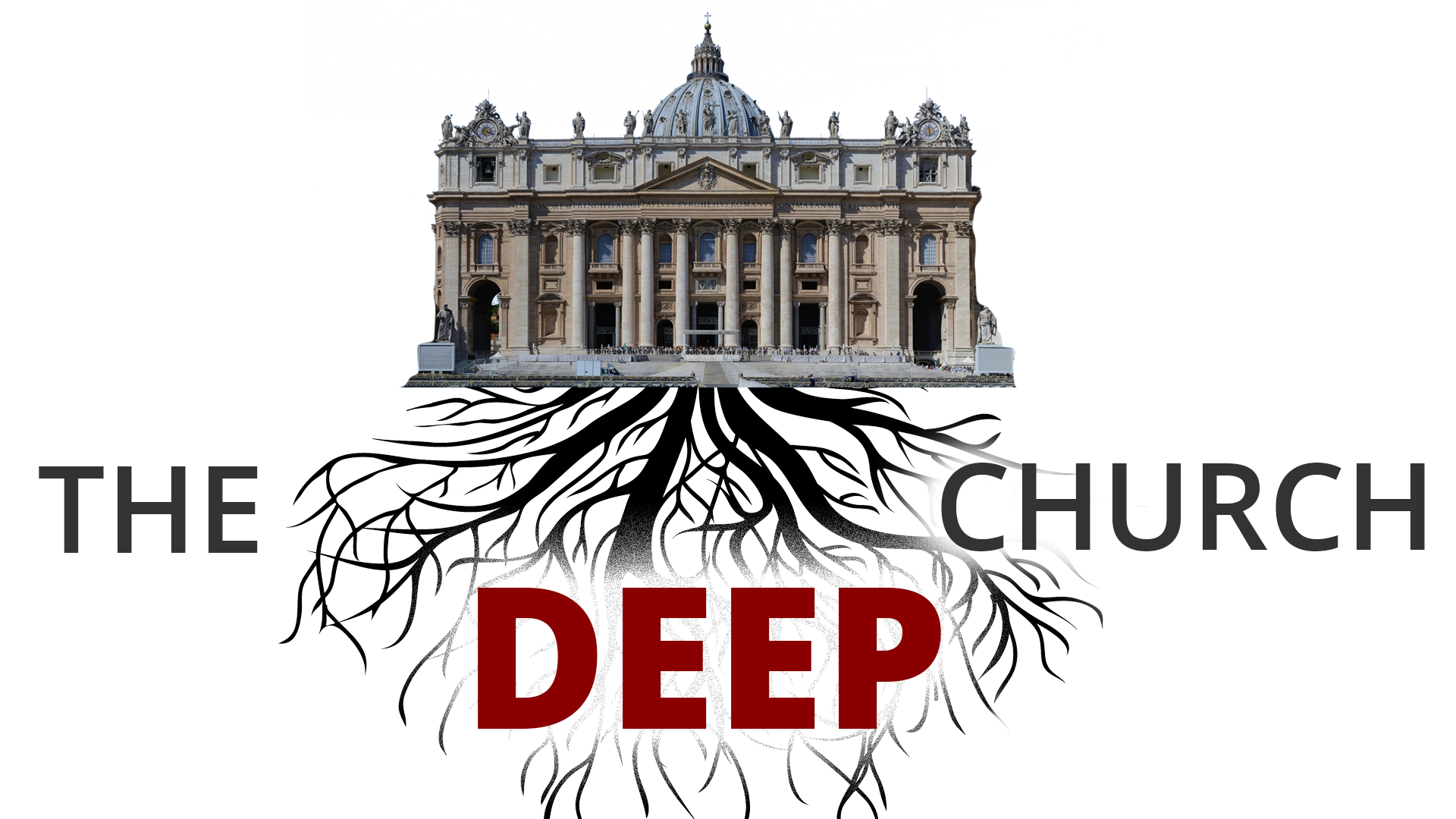 The Deep Church
Evil on a scale too grand to imagine.