A rare moment of bishop frankness.

It's always a little awkward when the Establishment gets egg on its face — awkward for them that is. Case in point, the diocese of Lansing, Michigan, headed by Bp. Earl Boyea, who used to be an auxiliary bishop, here in Detroit until he became the bishop in Lansing in 2008. His diocese is sponsoring a men's conference and as is the usual run of events at these affairs, various Catholic groups who have merchandise to sell can apply and then set up a booth to sell their books or whatever.

So, at the suggestion of a Church Militant supporter, we applied to be not just a booth selling our books but also to be a $500 gold sponsor. At first, the preliminary people we dealt with were all very happy and enthusiastic. But once it worked its way up the approval chain, all of a sudden, the great Church of Nice "chill" set in as in cold shoulder. Unsurprisingly, Church Militant's application for having a booth was rejected as was our bid to give $500 to be a gold sponsor. Again, we expected nothing less, but our supporter was insistent we give it a try — so we did — and the expected result happened.

When the staff, here, called to ask for the specific reason we were rejected from the "all are welcome" Church of Nice, the calls, at first, were not returned. Eventually, the woman in the chancery who made the call to reject us, Deborah Amato, Bp. Boyea's chief of staff, called back with a line of malarkey about why we were rejected. She claimed they investigated our website and found it failed their test in three major areas: we are not "uplifting," we have no "integrity" and we have no "charity."

Ah yes, we all know the reason why, and it has not a thing to do with the phony-baloney virtue signaling offered as the original excuse that Church Militant does not represent these virtues of being uplifting, having integrity and being charitable. Well, let's look a little closer at this, shall we, with some new information, especially the one about integrity.

Right about this same time, Bp. Boyea sent out his weekly email update to his priests who share it with loads of people who share it with loads more. Church Militant is also shared on this. In this edition, the bishop lamented the failure of evangelization efforts in his diocese of Lansing, Michigan. He says, "Eleven of our parishes have no one in RCIA this year, and six of them have had no one for at least three of the past five years." He goes on to further lament the dismal numbers of people becoming Catholic on his watch in his diocese. "As a diocese, we are continuing our decline in this area with 571 folks, 20 fewer than last year, and down from 786 in 2008 and 1,342 in 2000." And the big "oops" moment, he confesses that he had pinned his hopes on the protestantized Alpha program to reel in the fish: "I guess, I had hoped that with all the Alpha programs we would have seen a surge."

So, now back to the question of "integrity" raised by his chief of staff, the very condescending Deborah Amato. Prior to being elevated in the chancery system, Amato had a very significant role in the entire evangelization effort of the whole diocese, actually having been named the chair of the Department of Evangelization and Lay Formation. Having done such a stellar job at recruiting new Catholic converts, she, of course, was promoted to be essentially the bishop's right-hand woman. So yes, questions of integrity to pop up everywhere. Should Amato have accepted even greater responsibility when she had produced little to no results in her prior position? Is she the appropriate person to be talking down to lay Catholics — lay Catholics who love the Church and are not "professional Catholics" as Pope Benedict coined the term — accusing them of lacking charity and integrity?

Kind of a big disconnect there. And to extend the question of integrity, is it right for Bp. Boyea, having placed his hopes for Catholic evangelization on a Protestant program, is it right for him to continue pushing this disaster of a program even after the results are in, and it has been proven the predictable failure faithful Catholics knew it would be? Shouldn't he just level with his flock and say, "I was wrong and misinformed by my senior staff, Ms. Amato and others, who pushed Alpha. It does not work, and I am immediately ordering the discontinuation of it in this diocese." It seems that would be a stellar example of integrity, as well as demoting Ms. Amato for poor job performance.

The Church of Nice fake and phony emotions and feelings ways do not work in bringing people to the Faith. Yet, people in the chanceries — the professional Catholics — continue to make a living pushing this stuff. And lastly and perhaps most importantly, when Bp. Boyea was still here in Detroit, I met with him in his office one day. This was 11 years ago in 2007. I'm sure you are watching this Your Excellency, and you will recall the reason I met with you was to express my deep concern over numbers and data and polls all showing a looming demographic storm for the Church in the next 10–15 years.

Many of you know my background is in TV news and reporting and a large portion of that time was being deeply involved in political coverage, which requires a pretty firm knowledge of polls and research data. I shared that with Bp. Boyea as I met with him. As I told him my concerns, he seemed completely uninterested, sitting with his leg crossed, picking lint from the knee of his trousers and not looking at me. For a few minutes, I went through a rather frightening litany of the wipe-out facing the Church in America. Again, this was 11 years ago.

When I was done, unable to miss the completely dismissive body language, he finally looked at me and said. "Well, yes, Michael, you can't believe every poll you read," and that was that. This is how the Church of Nice reacts to problems, criticisms and suggestions. I went there to help. He couldn't have cared less.

Well now, 11 years later, he is sending notes to his priests lamenting the very same disaster, and now it's too late to do anything about it. He, like many bishops, have surrounded themselves with professional Catholic "yes" men and women, whose main job function is to keep the machinery going. By Bp. Boyea's own reckoning in his email, he admits that in just one generation the number of converts to the Faith in his diocese has been cut by almost a whopping 60 percent. And like so many bishops who will not face the reality that their half-baked "God is love, no one goes to Hell" catechesis appeals to no one except the feeble minded. The whole lot of them prove the Proverb, "He that troubleth his own house shall inherit the wind."

Just exactly who is lacking integrity in all this? Why can't the systemic deep problems in the Church be spoken of openly? Why do lay people with a vested interest in keeping up the veneer of nice who are so duplicitous when dealing with you in private, why should such people have so much authority invested in them? Something, as we and many others have said a million times, something is deeply wrong in the Church, and this generation of bishops has simply abdicated their responsibility to sheep. Seems to us that that is not very uplifting, is lacking in integrity and is not very charitable.

Owing to all this, the Church in the United States — as we now know it — has roughly five years left. 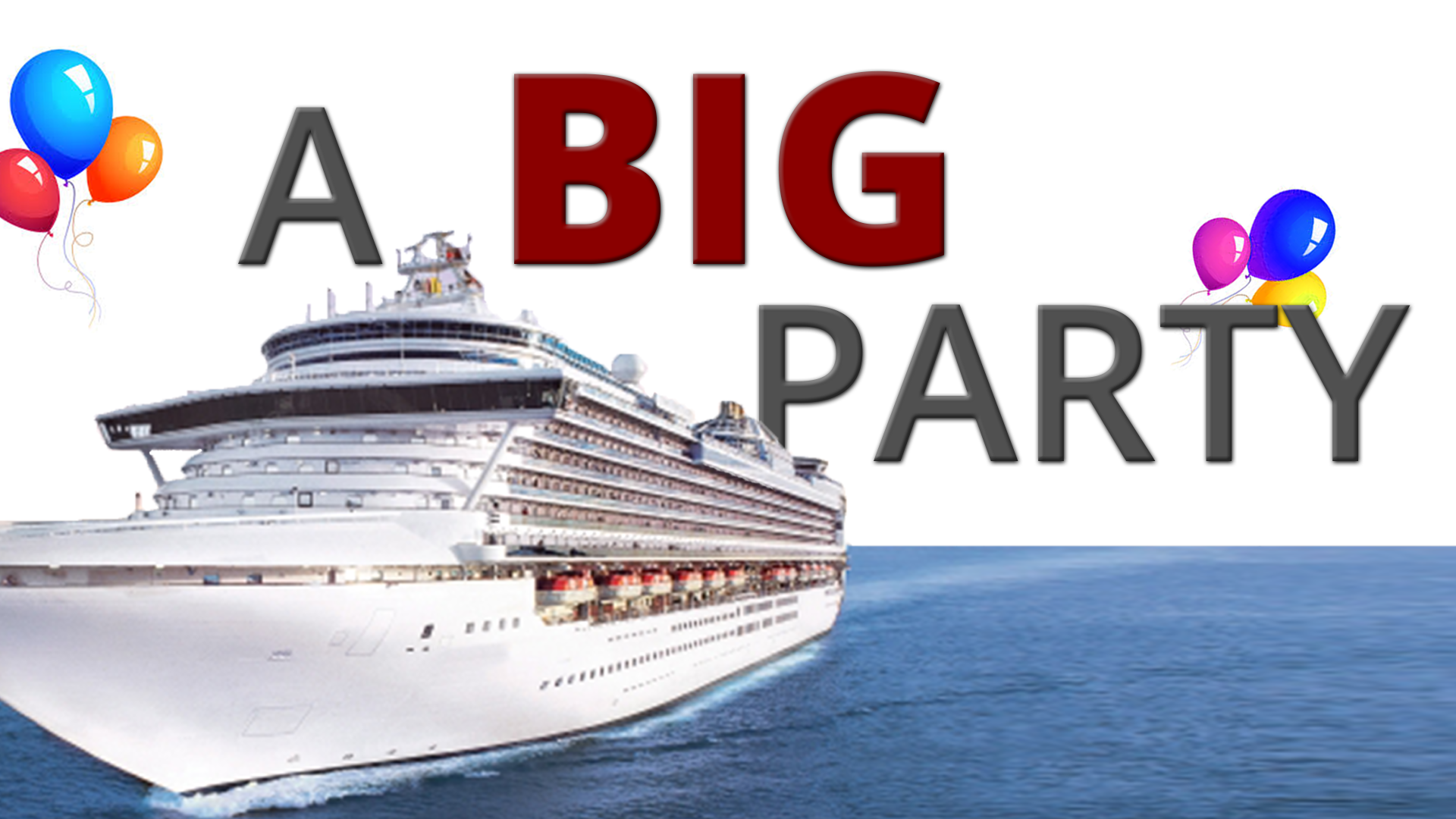 A Big Party
And not a moment too late.