Where is this all heading?

And yes, controversial is the most apt term to describe these proceedings.

For example, on Friday, which happened to be First Friday, Pope Francis oversaw a tree-planting, Mother Earth-worshipping ceremony in the Vatican Gardens performed by Amazonian natives.

A group of natives opened up a blanket representing Mother Earth and placed various little statues around the perimeter.

Then, a feathered female shaman lifted her hands in the air and began some prayer ritual to some deity, or Mother Earth, or whoever — but definitely not Jesus Christ.

As the female shaman prayed to whoever or whatever, the rest of the group knelt down in prayer or worship — again, not to Jesus Christ, Lord of the Universe.

The entire sham was covered over by saying the ritual was a consecration of the Amazon Synod to St. Francis, on whose feast day this abomination occurred.

The hijacking of St. Francis by the modernists in the Church and turning him into an effeminate garden ornament is one of the greatest spiritual crimes of the century, but that's for another Vortex.

There was nothing, absolutely zero, Catholic about this pagan rite carried out just yards from where St. Peter was crucified upside down for the Faith, making this sacred ground.

And big-name modernist members of the hierarchy were present — Brazilian Cdl. Cláudio Hummes, leader of this synod, and Philippine Cdl. Luis Tagle, another supporter of the Church having an Amazonian face.

Of course, Pope Francis was present, who looked extremely awkward when the female shaman went over to him and slipped a black ring onto his finger.

That black ring is a tucum ring, and it actually has a double meaning; it's part of the whole Mother Earth worship system, but it is also associated with liberation theology.

The shaman's encounter with the Pope wrapped up with a pretty awkward fist-bump-looking exchange.

And if that wasn't enough, the next woman pagan worshipper, carrying a wooden statue of a naked pregnant woman, didn't even know how to make a proper sign of the cross.

But hey, if you're going to have a Church with an Amazonian face, then you don't need to know how to cross yourself, you just need your rattle and your Mother Earth blanket, as well as a hefty dose of pagan prayers.

Other gods being prayed to on holy ground, officially watched over by the successor of St. Peter, is yet another example of how far from tradition this pontificate has moved.

When a cardinal relayed to us last week that "there is no faith left in Rome," he actually may have been understating the issue.

If only it was a question of just no faith.

This is pagan faith, worshipping not actually gods, since there are no other gods, but demons, as St. Paul warns the early Catholics in Corinth when the issue arose of eating meat sacrificed to idols: "I mean that what they sacrifice, [they sacrifice] to demons, not to God, and I do not want you to become participants with demons. You cannot drink the cup of the Lord and also the cup of demons. You cannot partake of the table of the Lord and of the table of demons."

Yet, this is precisely what a Church with an Amazonian face, to quote the non-stop blather emanating from the Vatican, looks like.

The likes of Cláudio Hummes are using the power of the Church to try and destroy the Church.

They have some non-Catholic vision of the Church being not tied to the same principles and truths that have been divinely revealed, or taught throughout the 2,000 years of sacred history, but rather a Church that takes on the appearance and practices of the world and local culture, whatever that looks like.

The Church has oftentimes adopted some local practices or customs from various cultures. The city of Rome itself is a testament to that.

When the Church was freed from persecution by Constantine, and eventually granted the city's basilicas, which were government buildings, to be used as churches, they didn't start worshipping the gods of Rome.

Aspects of Roman law and culture and so forth were slowly incorporated into the life of the Church as She emerged from being an underground Church, but She never prayed the prayers to the Roman gods.

What occurred in the gardens of the Vatican this weekend was pagan worship and prayers — period.

And any pretense that it was all fine and OK and no big deal is just that: a pretense.

In a way, it's more than symbolic, the tree that Francis planted here and then stood in silent prayer before.

It's a living symbol, a concrete expression of modernism, paganism, worldliness — all of them — boring their roots deep into the Church.

A future pope would be well-advised to grab hold of that tree one day and rip it up by its pagan roots.

Realize that we are going to have to suffer through all of this kind of stuff at least until the next Conclave, which doesn't itself look too promising to bring any relief.

This past weekend, the Pope made 13 new cardinals, 10 of whom are under 80 and therefore eligible to vote for his successor.

Following Saturday's elevation, the College of Cardinals is now, for the first time, stacked with a majority of Francis appointees — virtually, although not completely, guaranteeing that Francis II will be who walks out on the loggia at the next papal election. 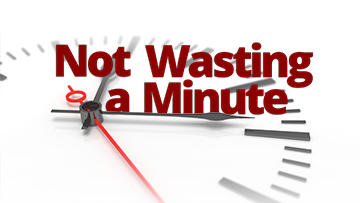 Not Wasting a Minute
And laying the groundwork for the future.