One thing lost in all the commotion of the headline-grabbing stories which make up the fabric of the current chaos in the Church is this: Good priests, solid orthodox priests who only care about shepherding the souls in their charge to Heaven, are being persecuted by their bishops.

We, of course, easily recall the utter disgust we all felt as Church Militant broke the news that Fr. Paul Kalchik had been driven into hiding by Cdl. Cupich for burning a gay banner that belonged to the parish.

You will recall that the banner was hoisted up into the sanctuary to block a view of the crucifix, and this was done with, first, the approval of homosexualist Cdl. Joseph Bernardin and, second, by the homosexual pastor, who died in the rectory hooked up to a sex machine which caused cardiac arrest.

Church Militant has confirmed this with not one, not two, but three people who discovered the body at the same time. Of course, the homosexual gang at the Chicago chancery lied about it, but that's exactly what happened.

Likewise, when the rectory was being cleaned out, a massive amount of homosexual pornography in the form of videotapes and magazines had to be carted away to be burned. And for the record, chancery officials did that.

So 20 years later, when the dead perverted priest's banner was discovered shoved in the back of a closet in the sacristy, burning it seemed quite logical. And, knowing all that background, Cupich sent his chancery goons to try and force Fr. Kalchik into a crazy house for clergy. He went into hiding instead and remains there to this day.

So shift eastward about 300 miles and come into the archdiocese of Detroit where the archbishop, Allen Vigneron, sent his auxiliary bishop to do his dirty work.

The case involves Fr. Lee Acervo, who had the unmitigated gall to say the Sunday Mass ad orientem, meaning facing liturgical east, or as the Church of Nice professional Catholic crowd likes to call it, with his back to the people. And for the record, faithful Catholics call it facing God.

Anyway, Fr. Acervo has been doing this for over a year, but sources tell Church Militant that some well-to-do couple in the parish just couldn't handle the reverence and complained to Vigneron, who lickety-split dispatched Auxiliary Bishop Robert Fisher to bring down the hammer with the message from Vigneron that no priest of his is going to go crazy with all that reverence and tradition stuff.

Vigneron was, of course, being very sensitive to the concerns of the well-heeled complainers who he, of course, can't dare tick off when he's about to touch them and other Detroit Catholics for $200 million in his latest fundraising campaign.

Apparently, there aren't any wealthy people who have complained to him about the pro-sodomy Mass offered each week by his priests at the local Dignity chapter — nor have any well-heeled apparently pounded down his doors about the near-heretic priests all over the archdiocese who support contraception, women's ordination as well as homosexuality.

But it is clear, the way to bring down a bishop's wrath is to get someone with money to get him ticked off. And to think, all these years — decades, really — faithful Catholics have mistakenly thought that the way to inspire a bishop would be to appeal to his catholicity — ha, silly us; nope, clearly.

Father Acervo has been saying this Mass every Sunday for about a year. Not one single complaint except this one from some "influential" folks and bam, Father, you're done, no more respect and reverence at Mass — except just once a month.

This is the same archbishop, by the way, who practically broke his neck banishing a priest who said at the funeral Mass for a teenage suicide victim that suicide is not a good thing and we should pray for his soul.

Well, that perfectly Catholic thing to say, which was loudly complained about, also brought down the wrath of Vigneron and the priest was removed.

This is a pattern we see all over the country. A good priest responds to a situation with an authentically Catholic response and image-sensitive prelates, just itching for human respect — as well as money — bring down the hammer.

And gee, you wonder why there is a vocation crisis — hmm, can't imagine.

To all the clergy out there who have been and will be future targets of your supposed spiritual fathers, take heart. Your dark night will come to an end. No one lives forever, including the bishops who act like they will. 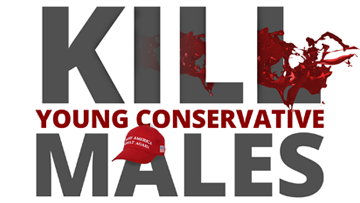 Kill Young Conservative Males
The threat is too great.