Pray for Us, O Holy Mother of God

Time for Mom to make all things right.

Happy Solemnity of the Mother of God — a tremendous Feast! And we are going to need the protection of our heavenly Mother this year. Recall that since the Blessed Virgin Mary is the Mother of God, and at the Incarnation, her Divine Son became our brother, then that makes Her our Mother as well, hence the title Our Blessed Mother. This was, of course, all confirmed for us by Our Lord's words from the Cross on Calvary when He said to St. John standing in the place for all of us, "Behold, Your Mother," a point that those who accept the heresy of Protestantism — like those fake Catholics who preach the Alpha program — are happy to dismiss. Don't want to offend anyone, don't you know, anyone, that is except Catholics who actually believe and profess all that the Church teaches.

But back to the thrust of this Vortex — the Church in 2018 is going to need its Mother, its Holy Mother, more than perhaps any time in our 2,000-year history. The crisis in Rome will devolve into chaos. The homosexual affrontery to the Faith by homosexualist bishops will reach a breaking point. The breakdown in the administration of canon law will become clearly evident, bringing about a state of crisis. Everything is in place for a near-complete, visible and total collapse of the Faith, with this entire situation being precipitated by treacherous bishops, greatly assisted by weak, cowardly, feminized and careerist brother bishops.

We are about to behold the greatest visible shrinking of the Church in living memory, with hundreds if not thousands of parishes being sold, scuttled or merged — all while bishops and their delusional staff drone on about the glories of their new evangelization geared around a "welcoming" program completely reliant on heresy as its foundation. Can you say Alpha?

Things never stay static, especially when there are forces at play — just out of sight — who work tirelessly to orchestrate all this and bring it to fruition. And let's be very clear here, what we are talking about: The "forces" at play are not philosophies and ideologies and so forth floating around in the air. They are people, individual, specific people, in league with the diabolical to destroy the Church. In their minds, they may or may not be intentionally trying to end the Church, but whatever their internal intentions that is the effect of their actions.

Huge majorities of Catholics reject the Faith. An Establishment comprised of individuals who do not believe or care about the salvation of souls is largely in charge of the controlling mechanisms of the Church. The very idea of "salvation of souls" is laughable to this crowd and even viewed with scorn. This group of individuals is far-flung and numerous, one might even appropriately say legion. They control the bulk of the Catholic Establishment — religious orders, universities, chanceries, houses of formation, seminaries, hospitals, the bishops' conference in the United States, as well as other countries, parishes, religious education programs. You name it, they run it. And what they push has everything to do with establishing a Church of Humanism, using the existing structures of the Church to accomplish their ends.

Just as what is happening in the culture with everything being exposed from Washington, D.C. to Hollywood, 2018 is shaping up to be the year of reckoning — a reckoning from Heaven. This we do know and know with dogged certainty — evil does not long perdure. God is not mocked forever. A terrific and terrifying battle is about to explode on the Church and therefore the world.

This is the year the Church will need to have recourse to Her Mother more than any other time in Her sacred history. According to the private revelations of Bd. Mother Mary Agreda about the life of Our Lady, it was the Mother of God Herself who organized the structure of the Church after Her Divine Son's Ascension and before Her own Assumption. All of this makes perfect sense when you think and reflect and contemplate with a Catholic mind.

The Church is the Mystical Body of Her Divine Son. It is Him present here on earth. When He was on earth as a child, She organized life for Him as His mother. Raised to the glories of Her maternal life by God Himself, She became, accordingly, Mother of the Church, as well so, of course, it was She counseling, comforting and inspiring the Apostles in those early days who would have loved Her beyond all telling. Saint John had Her in his home. And even though he was not an original apostle, St. Luke appealed to Her to unlock the secrets of those first moments of the incarnated history of salvation.

We are desperately in need once again of Our Mother, and this will be the year She comes to our assistance. And when Mom shows up to make things right, the troublemakers will regret and, we hope, repent — enough is enough.

"Never was it known that anyone who fled to Thy protection, implored Thy help or sought Thine intercession was left unaided."

Mother of God, come to us! 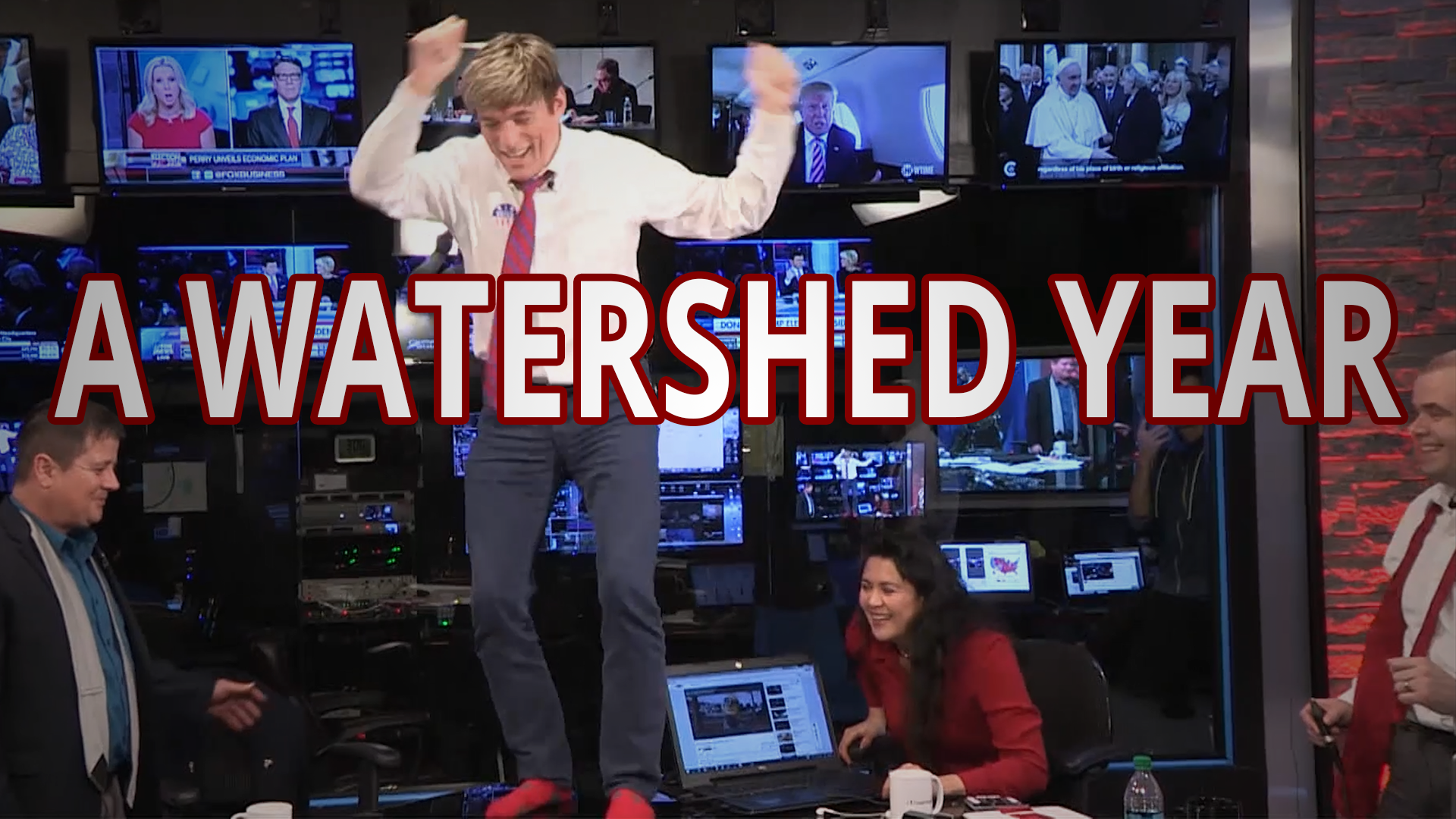 A Watershed Year
Marshaling Our Resources to Defeat the Left