A Church Militant Call to Arms

The Cultural Left — meaning those socialist forces that control various sectors of news, entertainment, politics, colleges and universities, technology and communication sectors, as well as the courts — have a world view diametrically opposed to Western civilization and the Catholic Church.

Many of you recognized this in the last election and cast your votes against this hegemony, threatening to overwhelm what still remains of a Catholic culture. And then you joined us for our nine-hour marathon coverage on election night where we prayed with you on multiple occasions throughout the night and were way ahead of the stunned liberal media giants in our reporting. We even did that happy dance that got some notoriety.

Had these forces won the general election, they would have pursued a political course resulting in an intensely hostile environment for all faithful Catholics. They even talked about that openly in speeches, as well as emails released in the daily WikiLeaks dumps during the campaign. Almost everyone, including the Left, was thinking Hillary would win, and they could continue with the socialist globalization agenda. So, practically no one on either side was paying much attention to events as they were quietly unfolding on the internet and social media platforms.

Since their political defeat, they have re-grouped and instead of applying direct political power, they are now turning to use their economic power. Almost all of the nation's Fortune 500 companies are huge financial backers of homosexuality and abortion and are using their economic leverage to make up for the political losses they suffered in November.

Chief among these areas is the communications technology and social media sectors, where giants like Google, Facebook, YouTube and Twitter, as well as video platform outfits are increasingly stepping up their efforts to "monitor" what they deem as hate speech. Last week, for example, Mark Zuckerberg of Facebook announced a new mission for his Facebook empire that he termed as bringing the world closer together — his words. He made a point of saying this would include eliminating "hate speech."

Last month the video player Vimeo pulled down more than 800 videos posted by a Christian company because the videos spoke about the homosexual agenda being sinful and immoral. Earlier this month, Google changed its logo to a rainbow flag to celebrate so-called "Gay Pride Month." Matt Drudge, of the first of its kind news aggregate service, Drudge Report, recently endured having his tweets censored by Twitter and labeled as "potentially sensitive content." YouTube, in response to pressure from the activists on the Left, has begun demonetizing various accounts of political conservatives like Steven Crowder, which has prompted many like Crowder to move away from an advertiser model to a subscriber business model. Those same activists are pressuring advertisers to abandon various conservative outlets where discussion or reports bring up topics, exposing their socialist agenda.

Sean Hannity of Fox News was recently targeted by the George Soros-funded, leftist non-profit Media Matters, in an attempt to shame advertisers from yanking their ad money from his show. What the left could not achieve in this past election cycle in the area of political censorship, it is now attempting by economic censorship and with many of America's large companies already philosophically aligned with them.

It's clear the direction all this is heading. Right now, the most powerful social media and internet companies are almost all in lock-step with the socialist agenda, which is the antithesis of Catholic teaching. We've always been wary of the powers of this world. When we started this apostolate almost 12 years ago, we never once even thought about going any way other than independently. We would be reliant on you, our supporters, with a business model that would include, subscriptions, donations and sales — period. No advertising, no cooperation with forces or agendas that could apply pressure to us to tamp down the authentic Catholic teaching we have always presented from day one. It has been a financial struggle without a doubt and endless headaches, but it has proved that the path of independence from all potential string-pullers has absolutely been the best.

But now the ground has shifted dramatically, and in just what is essentially 10 short years, the empire of social media and the internet have erupted into the most formidable force in the world — a force largely controlled by anti-Christian, pro-gay, pro-child murder, pro-contraception, transgenderism and euthanasia agents who are extremely wealthy.

What they perhaps did not foresee, until the last election, was the influence that the use by conservatives of their own technology could have on the election outcome. Religious and political conservatives have been shut out of the leftist media for decades, but the internet has given such conservatives the ability to create what is essentially a rival media, however raw it may sometimes be.

But here's the catch: In order for this burgeoning conservative, rival media to function, it is reliant on the very technology owned by the people it's rivaling and whose agenda it is exposing. And this creates a big problem, obviously. For example, here at the apostolate, practically everything we do is on the cloud. It's just the nature of how we have had to do business because of the costs associated with having our own internal server.

In the past months, we have grown increasingly concerned about access to our own work product being cut off from us, which is entirely possible. Whether by a technical error or on purpose, everything we write and produce could instantly be inaccessible to us. So, I made the decision to purchase our own server at a cost of close to $50,000, which will prevent such an occurrence. There are many other ways corporate giants who do not agree with us could hamper our work, but our own server would largely prevent anything from happening in this area.

We are in a whole new world, which has arrived at this point very quickly. What the future holds is not certain, but what we do know is that concerns about censorship, leftist agendas, technological control, liberal messaging and rage against political and theological conservatives are definitely on the rise.

To preserve what we can of our continued work here at this apostolate, we had to spend the $50,000 to get control over at least this aspect. We could not run the risk that the Left would simply throw a switch, and we no longer would have access to our own internal product.

So we are asking if you would please contribute to our efforts here and make a donation to offset this massive budget buster. Fifty-thousand dollars represents every dime of profit we made last year and another $20,000 to boot.

We are calling our campaign Preserving Catholics as an effort to enhance our online mission of serving Catholics. We run a very lean operation here, no frills, very close to the bone and a $50,000 bill, which the Left wouldn't even notice, is a huge amount of money for us.

Just as a comparison, Planned Parenthood poured almost $400,000, eight times what we are in need of, into the Georgia sixth Congressional District race last month to try and get Jon Ossoff elected. That's chump change to the worldly powers who have vast sums available to them. We do not have that luxury. We rely on you to keep us afloat through your purchases, subscriptions and donations.

We are here to serve you and present the truths of Catholic Church and will never be controlled by outside forces. So could you please take a moment and make a donation, whatever you can afford, to help us Preserve Catholics and provide at least this basic firewall for us from any harassment and threats by the Left.

If powerful socialist concerns who are aligned against the Church's teaching want to destroy an outfit, they probably can. But we should at least 'fight like the dickens' because fighting evil is what Church Militant does.

Thank you in advance for your donation, your generosity, your support and your prayers. 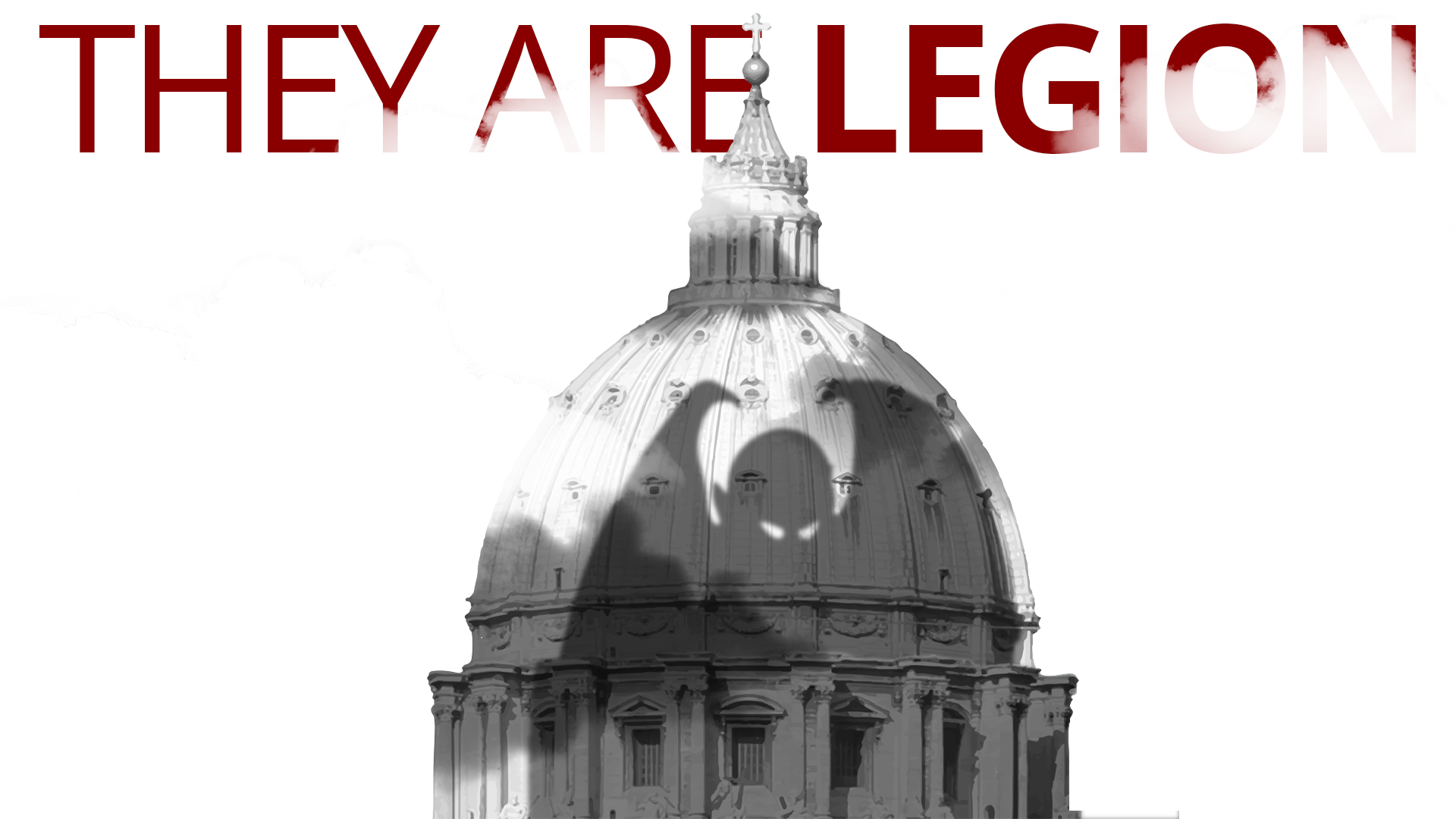 They Are Legion
And there are many more than most Catholics could even dream of.