It's been the plan all along.

As the year winds down and a potential Biden administration comes more into focus, what's also becoming more clear is the "super plan" of the Marxists — to smuggle in their anti-God agenda under the guise of good ol' Joe.

The Left knew from the primaries that, of all the radicals standing on the debate stages, perhaps none was more disliked for her leftist ideology than Kamala Harris.

The San Francisco communist made her way into politics by sleeping her way into various promotions and was being saved as one potential person to push the country further to the left. As 2020 unfolded with the collision of the China virus and the elections, it became clear to the shadowy figures who operate the Democratic Party that beating Donald Trump would not be possible without two things in place.

Please join us in being the first generation of good men to begin the restoration.

First, they needed a candidate no one could really object to. So they picked Joe and then made sure the media kept him protected and portrayed as a kind of sweet, old grandfather. And second, they needed an organized cheat that would deprive President Trump of an official reelection.

But the goal that both of these were implemented for was to deprive people of faith and patriots of their way of life, substituting them with fear and panic. We have seen the convergence of both of these, the parallel between them as 2020 wore on, resulting in a fraudulent overthrow of a duly elected president and a corona crackdown against religion.

This past weekend, Church Militant was invited on Newsmax with Michelle Malkin to expand on all this and to talk about how life will be very different moving forward. Everything we're talking about has very little to do with Biden, per se. Although he has been the beneficiary of COVID being weaponized, he is still little else than a tool.

The forces that are behind him don't care about a Biden presidency. They don't even care about a Trump presidency. Trump had to be removed, even through cheating, and the Biden/COVID tandem had to be used to do it so that a Harris presidency could emerge. All the machinations behind what has happened this year have been about bringing forth the most radical politician possible (to wage war against patriots and believers) and sit them in the White House.

Barring a political miracle, mission accomplished. This outcome will demand a ferocious war for truth to be waged by faithful Catholics teaming up with men of goodwill. More than any other Catholic apostolate on the planet, Church Militant has been positioned for this work. Catholic truth needs to be proclaimed throughout the country — loudly and boldly — with no fear of the consequences.

Trump had to be removed, even through cheating, and the Biden/COVID tandem had to be used to do it so that a Harris presidency could emerge.

Church Militant will march into the New Year better prepared than any other Catholic apostolate to do just this because, as you know, this is the very work we have been doing for the past two years as we saw how things were unfolding. Elections, even stolen elections, have consequences, and a Harris presidency will soon be the order of the day.

Joe will either step down or be removed because the people who put him there were never going to let him remain. In preparation for what's coming (and so that a forceful response can be forthcoming), we are asking you to make a financial donation to support our work here. It's really a war being fought on two fronts — in the Church and in the world.

Any response other than from a faithful Catholic origin will fail, as we have seen in these past couple of months. Please, reach down deep, as the staff here does every day, and donate whatever you can to help us battle against this evil. Political conservatism only goes so far. Like all movements born of goodwill, it too must be baptized, or it eventually succumbs — such is fallen human nature.

So please help us in our continuing work. The world and the Church have arrived at this point after a century of wicked men directing affairs behind the scenes. Please join us in being the first generation of good men to begin the restoration. Just please click on the provided link, and thank you in advance for your donation. 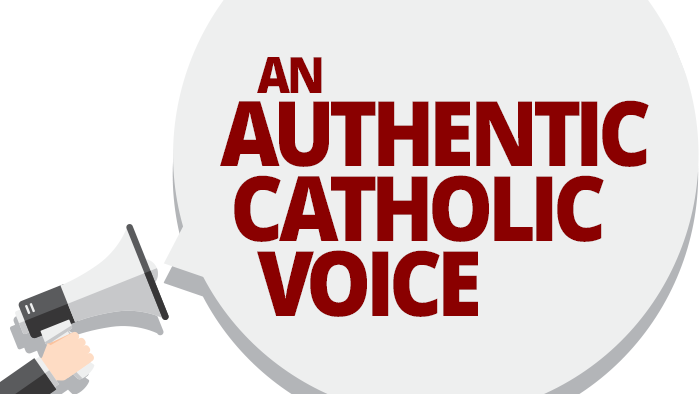 An Authentic Catholic Voice
Needed now more than ever.