A brief reminder that Church Militant's live election coverage begins tonight at 7 p.m. with a preview of tomorrow's slated slaughter of the socialists. And then, tomorrow night live at 6 p.m., right here on Church Militant, we go live until it's over.

In the meantime, it's all over now but the voting, counting and reporting — and let's hope not any cheating. But speaking of that, have you noticed the polling in the last couple of weeks? It's really split now along two lines: liberal media giants lying through their teeth and then the honest ones.

Giant media outlets like The New York Times usually partner with some secondary outfit like a college or liberal think tank, and together produce a poll that is, shall we say, really wrong. If you go down, for example, a list of many polls, some of them just jump off the page.

All of a sudden last week, with every poll in the country showing major shifts toward Republicans and greatly narrowing gaps for Democrats who had been way ahead weeks earlier, The New York Times' Siena Poll along with another pack of prevaricators at an outfit called "Cygnal" were showing giant numbers in favor of Democrats.

Those polls always skew heavily in favor of the Democrats.

CNN also got in on the action of phony polling but not as badly as the other two. The results are so far out of line with every other poll that it's glaring. Aside from being biased liars, the impact of all that is that they skew the averages of the polls conducted at some sites like Real Clear Politics.

For everyone out there who still thinks Fox News is somehow conservative because a couple of commentary hosts are, remember, Fox news uses the Real Clear average when reporting the toss-up races and never tells its viewers what we just told you — that the averages are skewed by wildly divergent polls.

Those polls also, unsurprisingly, always skew heavily in favor of the Democrats. You'd have to search high and low to find a poll that does this with GOP candidates, even polls done by GOP outfits. It's ridiculous as well as insulting to the common man to release a poll that has such outrageous divergence from others and offer not even an asterisk about it.

You can bet that if it was the other way around and showing Republican dominance, the crazy ladies on The View would release a torrent of sputum against those pollsters and create a whole narrative about White privilege driven by Christian nationalism promoting domestic terrorism (against the innocent) on its way to destroying democracy. Pretty sure we hit all the talking points there; we probably could have tossed in "homophobic climate denial" as well.

Here's the upshot: These are suppression polls meant to change the outcome by depressing the vote of conservatives and giving some encouragement to the Marxist base. Again we'll point out these polls never show outlandish results favoring Republicans. Why is that? Well, asked and answered.

All that said, this should cause America-first voters to take hope at least to some degree. Why? Because it does indicate a measure of desperation by the communist Democrats and their media arm.

These are suppression polls meant to change the outcome.

No serious person could ever believe that for three weeks with soaring inflation and a crashing economy, polls everywhere showing Democrats about to get blown out, that in the last few days, out of nowhere, Americans suddenly switched again and decided to vote back in the very Marxist bastards who have destroyed the country.

Every single poll for the last month (except these types) has shown almost every Republican is very enthusiastic about voting and, most importantly, large (very large) numbers of independents are all lining up behind the GOP.

So how in tarnation can pollsters be finding majorities or pluralities (in their polls) who say they're voting Democrat? Why? Because their polls are lying, which is a nice way to remind you to tune in to Church Militant's election preview coverage tonight at 7 p.m. And then, in what should be the shellacking of the communists, our Election Night coverage starts at 6 p.m. ET tomorrow night, right here on Church Militant. 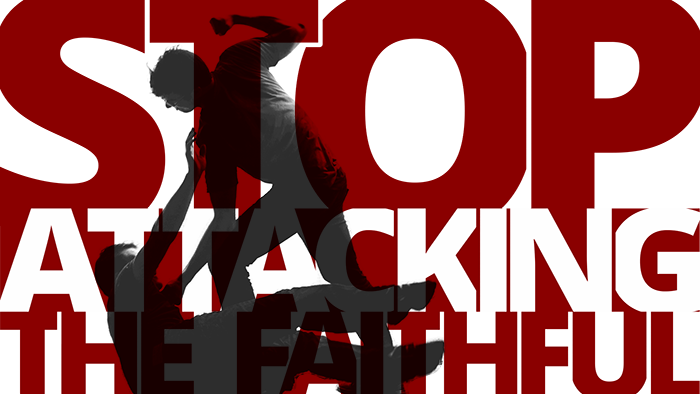