You can understand why.

Things are growing tense in and around Rome — not to mention the whole Church — as Catholics on both sides of the Church brace themselves for a heck of a conflict.

That conflict is being fueled in a hundred different ways, including most especially by Pope Francis himself, who seems to have ramped up his own personal attacks and sideways comments about faithful clergy and Catholics.

The crew and I were barely off the plane at the Rome airport and some priests approached us — at the airport — and thanked us for our work at Church Militant.

We expected they were friendly, owing to their cassocks, and they were.

They also didn't hesitate to express their unhappiness and frustration at the Pope's latest swipe at tradition-minded clergy when he blasted them for wearing cassocks and hats known as saturnos — traditional garb for priests.

He said of them, "Have you never seen young priests all stiff in black cassocks and hats in the shape of the planet Saturn on their heads? Behind all the rigid clericalism there are serious problems."

This is not the first swipe at traditional faithful clerics from the Pope who asks "who am I to judge?" — and those clergy are getting pretty sick and tired of their holy father insulting them and suggesting they have mental problems while at the same time he appoints men to the College of Cardinals who are walking heretics.

Men like Matteo Zuppi from Italy who support homosexuality and women's ordination; or men like Brazil's Cdl. Cláudio Hummes, the Pope's point man for this shipwreck of an upcoming synod, who is pushing for veritable heresy to be instituted.

Hummes appeared at Bergoglio's elbow on the loggia in Rome the night he was elected in 2013, and Francis credits Hummes, a supporter of the condemned liberation theology, for choosing his name as Francis.

The truth is the synod is little else than a collection of Marxist and theologically anti-Catholic ideas being promoted by a rogue gallery of Churchmen who have little faith, if any, and who have been condemned by other Churchmen for flirting with heresy, apostasy and schism.

So you can forgive the little group of tradition-minded clergy for being ticked off that Pope Francis goes after them with such abandon at nearly every turn.

Apparently, the condemnations against judging and being gossipy and divisive are lifted when speaking of traditional clergy and faithful.

The same concerns are being heard more and more commonly by tradition-minded faithful as well, who are also growing increasingly embittered by the constant insults emanating from Rome, including the Pope.

That was the underlying cause of the silent witness of prayers this past Saturday near the Castel Sant'Angelo where 200 Catholics stood silently praying, staring at St. Peter's, and offering Pope Leo's prayer to St. Michael for exorcism.

Church Militant participated in the event and was happy to do so. Even the Rosaries we prayed on were specially produced by cloistered Carmelites who understand that there are devils swarming the Church who need to be exorcised.

Saint Michael stands atop the medieval fortress next to the Tiber, the fortress which has always been identified with defending the papacy.

During the reign of Pope Gregory the Great in the late sixth century, a devastating plague broke out in Rome and Gregory made a public invocation to St. Michael to end the plague.

Saint Michael appeared over the top of Castel Sant'Angelo and the plague ceased.

For this reason, the statue was of the archangel was erected here and St. Michael became the official protector of Rome.

Saint Michael is being implored again, throughout the Church, to come once again and protect not just Rome and not just from a physical malady, but the entire Church from a spiritual infestation of devils.

Even Pope St. John Paul had strongly recommended that the prayer to St. Michael be reinstituted and offered at the end of every Mass.

In the spirit of starting small, perhaps we can all ask St. Michael to intervene and ask him to stop Pope Francis from attacking good priests and calling them names.

It's going to be a wild ride here in Rome for the next few weeks, and it hasn't even officially gotten underway yet.

Coming to you from Rome in preparation for the Sin-od on the Amazon. 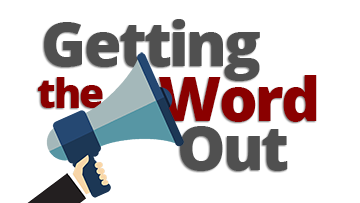 Getting the Word Out
Interview with David Knight.