The Church is collapsing — full-on collapse. The rot from within is becoming more and more visible and is about to shift into high gear.

For example, on Aug. 14, less than one month from now, the state of New York's window on the statute of limitations opens for a full year — meaning anyone who has a claim from whenever will be able to file suit against all seven dioceses in New York.

Cardinal Dolan is so worried that he actually took all 32 archdiocesan insurance companies to court because they are saying they will no longer pay these massive lawsuit settlements because they are accusing Church leaders of having created this mess, a charge not lacking legitimacy.

Starting Aug. 14, those New York dioceses are expecting hundreds of millions of dollars of lawsuits to be filed against them — because yes, there are that many victims.

But the financial damage is only one instrument by which we can measure the collapse of the Church.

There are going to be massive earthly repercussions — absolutely, no doubt about it. And to the extent that there are hundreds of truthful claims, those victims deserve justice.

But on the spiritual side of the house, the situation is even more drastic, as hard as that is to imagine.

The Church as an institution has long since ceased to provide the spiritual bread that the human soul longs for.

Instead, the institutional Church has become a haunt for psychologically disturbed men who like having sex with each other while hiding behind their collars and underneath their miters while they sponge off the patrimony of the Church — a patrimony that will become considerably smaller as state after state lifts the statutes of limitations for victims of homosexual abuse at the hands of homosexual clergy.

And why? How? How has it come such a horrid state of affairs? While the details are very involved, the straight-up, 60,000-foot answer is really quite simple.

The priesthood was seized control of over a number of decades by homosexual men — some of whom were Communist plants — and is now almost no longer recognizable.

Satan has done his work extremely well. When he demanded of Our Blessed Lord in the Upper Room at the Last Supper that Christ hand over His Apostles to him so he could sift them like wheat, the current state of affairs is something of what he must have had in mind.

It was a necessity in the diabolical plan that the clergy become emasculated, terrified of announcing the hard, glorious truth of salvation for fear of giving offense — check.

What we largely have in the ranks of the presbyterate and especially the episcopate today is precisely what Satan wanted: morally corrupt women for men who have lost nearly all semblance of supernatural faith, whose only concern is power and lust.

Never before in the 2,000-year sacred history of the Church has the holy priesthood fallen so low.

Even among the so-called "good" priests, many of them have been malformed from breathing in the fumes of the Church of Nice.

The Church of Nice was conceived in the minds of the homosexual predators Cdl. Joseph Bernardin and Theodore McCarrick, and what most Catholics see before them today is that model of the Church with its abuse-ridden liturgy and de-emphasis of the supernatural.

Many men being ordained today have been trained by the Church of Nice faculty and staff at their seminaries to never give offense; to try and find reconciliation; to hold "dialogue" as the supreme virtue.

They have been emasculated; taught to go along, don't upset the people; preach watered-down garbage to them like Alpha evangelization and "Church Lady" RCIA classes; no wonder huge numbers of people leave the Church, even after having gone through a year of RCIA.

They haven't been given the authentic faith in those classes, they have been taught polite, non-confrontational, non-offensive milquetoast with a dash of Bp. Barron's idiocy that we have a reasonable hope that all men are saved. And for the record: no, we don't.

What a priest, and for that fact any man of the Church, is supposed to be doing, as his primary job, is protecting the innocent — that is job; period.

And what we are protecting them from is the fires of Hell. But Hell has fallen out of favor with the corrupt homosexual mafia running the Church — no surprise there.

All of this, the reasonable hope insanity, the Alpha Protestantized filth, the abuse-ridden liturgies, the deconstruction of Sacred Scriptures, all of it and more, every last bit is meant to produce emasculated men because it has been foisted on the Church by emasculated men.

This is the focus of this year's Church Militant Strength and Honor Conference coming up in a few weeks. Please just click on the link for all the details — and seating is limited and filling up.

Men must take all this back. We must realize how much we have had our masculinity stripped away from us, how the Church has been overrun by biological males — we hesitate to call them men — who are sick in the head, looking to destroy so as to feed their own sickness.

They have introduced zillions of abuses into the liturgy so as to make themselves the center of attention, which means they have necessarily taken the focus of God.

They have developed and introduced corrupt theological notions in the very lifeblood of the Church.

All of this is costing souls — souls by the millions, tens of millions. Satan is in a frenzy of "diabolical joy" over this for he is the ultimate source of it.

This is a shout out to all guys listening, but especially younger guys, please click on the link and get yourselves to this conference here in Detroit the first weekend of August.

You cannot equip yourself to take back your home, your household, your parish, if you do not understand what has happened. There is much to learn, much to be challenged on.

That's why Church Militant put these conferences on. There are enormous forces aligned against you, and many of you do not realize it.

And you aren't just fighting for yourself. You have a duty, you and I have a duty, a sacred obligation, to fight for the innocent, and by innocent we mean those who don't know because they have been deliberately deceived by the offspring of the serpent who have infiltrated the clerical ranks.

This is what Abp. Sheen meant all the way back in the 1970s when he said it's up to the laity to save the Church.

Emasculated men, weak, disgusting, revolting men have seized control of the Church, and they are leading hundreds of millions to Hell. They must be resisted and a great restoration must take place, purchased at the price of your blood and sweat.

This is what has happened throughout the Church's glorious history, but it has never happened on this kind of gigantic scale before.

Are you willing to have your eyes opened to the filth and the rot and the poison of Satan oozing out of nearly every crevice in the Church today?

It's time for Catholic men to stand up and do what needs to be done — for the sake of the innocent. 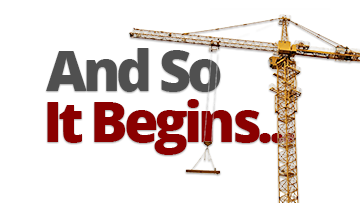 And So It Begins…
The great transition.

Glory of War
And there are really two wars.
Headlines