At all costs — even eternity.

So what's really going on with the Pope and the homosexual current in the Vatican and all its associated allies among many of the U.S. bishops?

The establishment cronies who are Hell-bent on dismantling the Church have had their apple cart upset with all the homopredator priest stories coming out and the lawsuits and the bankruptcies and so forth —not to mention law enforcement bashing in their office doors and taking out files and computers loaded with all sorts of information about their nefarious cover-ups.

Cardinal Donald Wuerl is clearly Pope Francis' man behind the scenes working for the homosexual current in the Church, and Cdl. Cupich is the mouthpiece.

These two men have time and time again displayed a wanton disregard for the truths of the Faith, especially with regard to the Blessed Sacrament, freely distributing it to multiple enemies of the Faith — aiding and abetting sacrilege.

But the publicity surrounding the homosexual pederast clergy has thrown a monkey wrench into their wicked designs, and they are now forced to deal with this, like it or not.

So Wuerl, jetting back and forth on your dime between Rome and D.C., has helped draw up the plan that the bishops will investigate themselves. Cupich, in kind, has dutifully stressed this to the body of the U.S. bishops, controlling any and all discussion on the topic.

The minions in the Establishment have been given their marching orders and have been posturing themselves with statements and so forth stressing the need for the laity to pray, but not worry about the finer details of "investigations." That is not the role of the laity we have all been instructed.

Well, excuse us, Your Eminences and Excellencies, but when you are all deeply wedded to a homosexual current in the Church, and that current threatens the bodies and souls, most importantly the souls, of friends and family, then it most certainly is our role — as Vatican II makes quite clear — especially when the very people investigating are the spiritual criminals and terrorists themselves.

Why are these men so intent on shutting down all of this, circling the wagons and minimizing the damage as much as possible?

Why are they calling an international meeting, another phony synod in February that will last a whopping three days, to come out say, "All is well. We took care of everything. Go back to your homes. Nothing to see here"?

The answer is rather obvious. It's called a cover-up. And worse, it's covering up the cover-up by the cover-uppers themselves. And to do it, they hide behind a category known as "papal secrets" — what Archbishop Viganò spoke of when he said they use the secret as a means to hide their wicked deeds.

As an aside, there is a legitimate time and place for secrets, which is church speak for nothing else than privacy, but not when that method is employed for deliberately advancing evil.

Let's step inside the minds of this homosexual current in the Church for a moment shall we, along with their modernist prelates. Think about this now, seriously. Most of these men are advancing in years — getting up there.

They were all in seminary in the theologically turbulent years of roughly 1965–1980. That generation of seminarians sat there being spoon fed heterodoxy.

Homosexuality within the seminary walls was championed. Heresy, enmity toward tradition, you name it, the three H's ruled the day: heresy, homosexuality and hatred.

This was the air these men breathed 40 years ago — day in and day out, this is what they were taught.

So they altered the Mass, denigrated the sacraments, dumped the devotions and created what is essentially a false Church, an anti-Church, right in the middle of the Church.

Their entire lives, their entire reason for being, their whole careers, every ounce of their fiber has been directed toward validating their warped philosophies and theologies that they willingly embraced back in the day because at the heart of their intellectual perversion is a rejection of the cross.

So here we stand today, with most of the leaders under this cloud of intellectual darkness of their own making that they have embraced. So what are we, the faithful — laity as well as many clergy — supposed to expect?

For these men, any of them to now turn around and admit their spiritual folly, their role in the evil would be for them to admit the entire trajectory of their lives had been wrong, that they were suckers when they were seminarians, fell for the snares of the diabolical, rushed headlong into the darkness pretending it was light and bringing most of the Church with them.

They would have to embrace the truth that everything they have done, all their thoughts, actions, deeds, misdeeds — every last thing that goes into making a person who he is — was wrong.

Their entire lives, they would have to admit was one gigantic error, a willful lie. This is why to this day not a single bishop has sided with Abp. Viganò in his call for them to come out with the truth which they know down deep in their souls.

Because for them, the truth is not some intellectual notion floating out there but an inner condemnation of their entire lives and careers. Whether they are correct or not, Pope Francis is the validation for them in their minds that all they have ever said or done is correct.

So he must be protected at all costs. So they circle the wagons, plot against the faithful, hurl down accusations against them and try with all their might to crush them underfoot. They have aligned themselves with the diabolical because looking in the mirror is too painful for them.

But they forget, no one, not even a pope, can save a man from himself.

We must pray that something happens to these men and they repent and change. The alternative is too frightening to imagine, even if they don't believe it.

As venerable Abp. Sheen once said: You may not believe in Hell now, but you will when you get there. 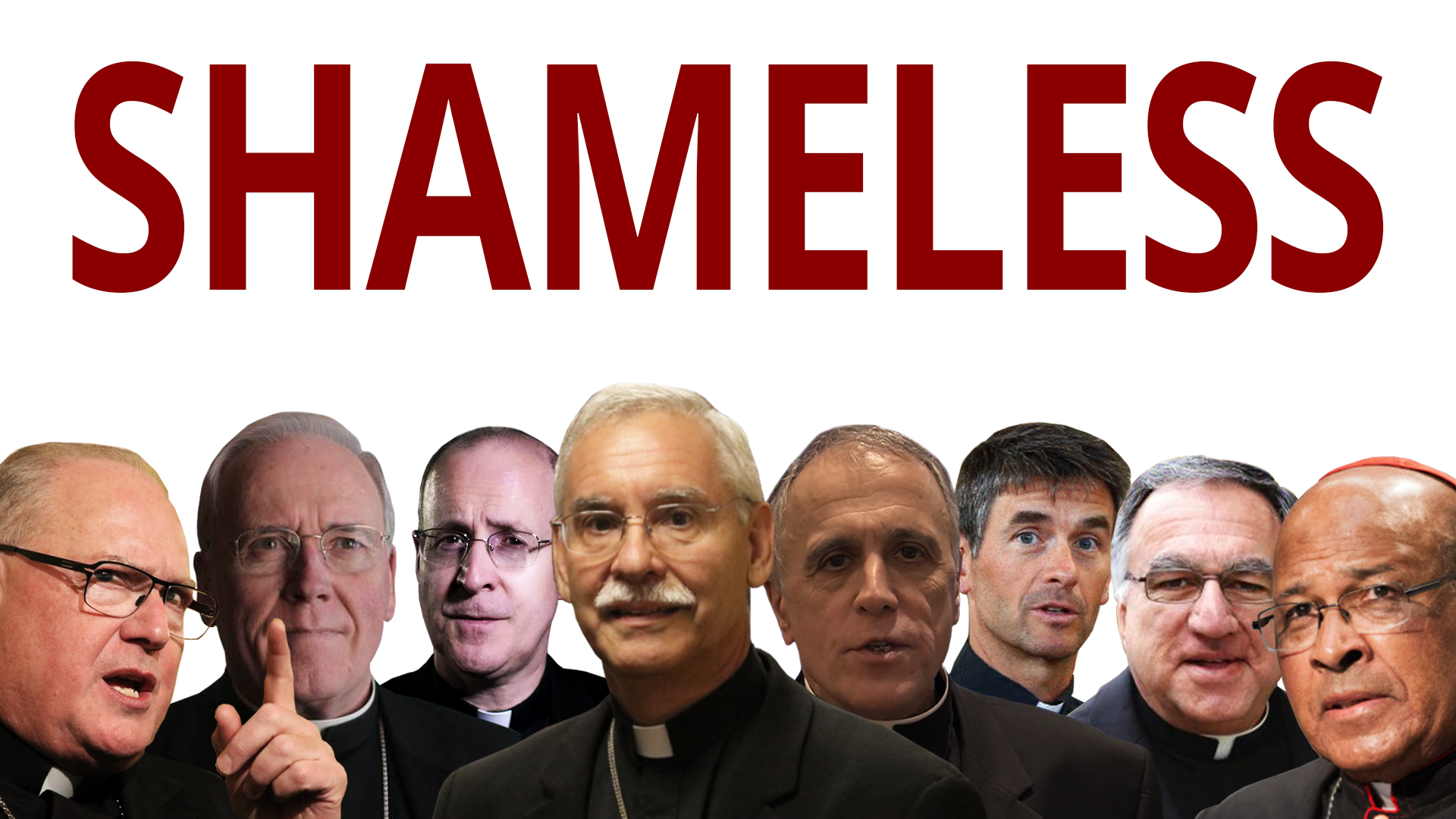 Shameless
But the truth will make you free.