The God of justice.

We are now officially one week out — just seven days — from the Church Militant, Bishops: Enough Is Enough prayer rally and conference. If you haven't signed up yet or renewed a previous reservation, please do so now by just clicking on the provided link.

We need to show the city of Baltimore that their attempt to crush our First Amendment rights to free speech and assembly proved futile. So please, click and commit to come — because there's an even more important reason to attend. It's the reason we planned the rally to begin with, and it has nothing to do with the corrupt city government.

It's to make a statement, loud and clear, that faithful Catholics stand with victims: the innocent, those who have been most impacted and devastated by the evil that has been allowed to flourish within the bishops' conference.

That's why there will be so many victims and survivors on that stage, a stage the bishops certainly colluded with city attorney Jim Shea to block, to deny access to the victims. Remember when Our Blessed Lord returns on the clouds of Heaven, He will be coming as the judge, the just judge who will mete out to each according to their deeds, a little footnote most of the bishops seem to have simply overlooked, forgotten or ignored.

While we can never have perfect justice in this life, that does not mean we should not strive for it and attain at least some measure of it. As Abp. Fulton Sheen used to say, "God has created another world to correct the injustices of this one." Truer words were never spoken. But since we as faithful Catholics know with absolute clarity that this is how things end up, then are we not morally bound to try and bring that about in whatever way we can in the here and now?

The city and bishops' failed attempt to end the rally by simply running out the clock is revolting.

The men who will be on that stage who were raped, sodomized and abused, those who have been harassed and thrown out of seminary because of all this, those priests who have been sidelined because of their willingness to speak out on behalf of the innocent, all of them deserve (in fact, are due) our support — and in-person if that is at all possible.

The city and bishops' failed attempt to end the rally by simply running out the clock (and then, when that didn't work, to try and milk the clock to ensure as few people would attend as possible) is revolting. Remember what is being prayed for and spoken about loud and clear here: It is the destruction of bodies and souls that the bishops have been complicit in for not only decades, but even still to this day.

Multiple men in that room have not only been directly complicit in this sin, they have also used the money donated to them to pay attorneys' fees to avoid being outed for their filth. They deliberately shift assets around by creating front companies to hide them, and then, when sued by their victims, they abuse them again by saying, "We have no money left."

Then they declare bankruptcy — not because there's no money — but so as to freeze those lawsuits brought by victims and ensure the smallest amount possible. How in any universe is that not revictimizing innocent victims? These men have become so used to lying and deceiving and victimizing anyone in their way, they don't even realize it anymore.

They have become morally blind to their own sin, and as such, they have placed themselves outside of any hope of redemption. Our Blessed Lord said very clearly that there is such a thing as an unforgivable sin. That sin is the sin against the Holy Spirit, which means a refusal to admit your fault and turn to Our Lord for forgiveness.

They have closed themselves off entirely from such redemption; they are incapable now of accessing the graces given to them, and as such, they belong to the Devil. That's why we are starting off the rally with the Holy Rosary, praying that somehow, someway, the sight of thousands of Catholics praying that they come to their senses, at least some of them, may somehow stir something inside them, and they will publicly acknowledge their evil and change course now.

We talk a lot in the Vortex about bishops going to Hell — nothing new in that. The Fathers and Doctors of the Church have been very clear about that, stretching back to the very beginning. Heck, Judas, one of the twelve, is in Hell, so why any bishops in that meeting next week in Baltimore might possibly even begin to entertain the notion that he can't be damned is totally foolhardy.

The bishops and the city colluded to end this. They do not want to see you. The city has invented "threats of violence," "even death," as a legal ploy to build their case on, and they did that without a single, solitary piece of evidence. There is no threat, no evidence, nothing. Even if some protestors show up, so what? They have a right, just as we do, to say their thing.

But there is a big difference between protesting and actually killing people. The city, unable to win that insane argument in court, now wants you to believe it so you won't come. The bishops are perfectly happy to let the city continue to foster that lie because they profit from it, causing some people to perhaps not come because of fear of violence and death.

For the record, we are working very well with the Baltimore police, who have been nothing other than professional and accommodating in helping us develop our security plan — and we have a good one. But all of that is a mere smokescreen on the part of the city and the bishops. What they couldn't win in court, now they are trying to accomplish through fear. Don't let them.

These victims on that stage, and we are certain, many more in the actual audience, this rally is primarily for you — for you and the bishops. For you, we want to provide some measure of safety, acceptance, assurance and praise; a huge display of support for all you have endured and still do.

Their 'reasonable' hope, however, is a completely false hope.

For the bishops, we want to please Heaven that you feel some measure, even a tiny bit, of genuine remorse, which leads to repentance, so as to not be damned. And regardless of what bishops like Robert Barron blather on about — and many others give a pass to — that we have a reasonable hope all men are saved, as we plumb further the depths of all this evil, it starts to become clear why so many bishops want that to be the case.

Their "reasonable" hope, however, is a completely false hope. At their judgments, Our Blessed Lord will be able to say to them that the faithful traveled to Baltimore by the thousands to pray that they awake to their sins. Depending on what they do, they will either hear, "Inherit the Kingdom prepared for you from the foundation of the world," or "Depart from Me accursed into everlasting fire prepared for the Devil and his angels."

What the bishops choose is up to them. But whatever they choose, their victims deserve our support, and this rally is a testament to that. Please come — even at this late date, thanks to the machinations of evil men, still come.

Just click on the provided link and make a sacrifice (for we know because of the late date, it is). Make a sacrifice for the innocent and a statement for justice. 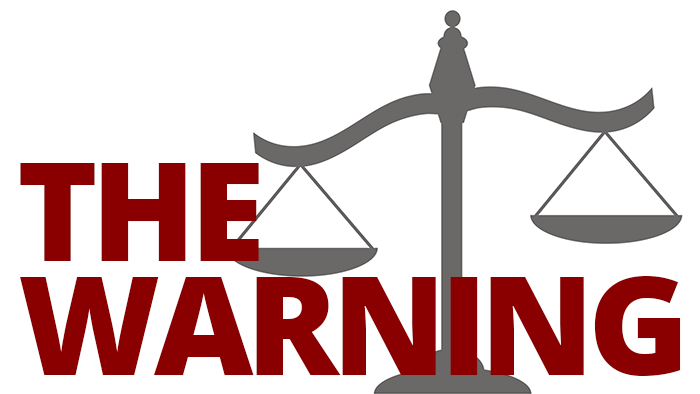 The Warning
From beyond the grave.