Progress in the fight against the filth in the Church is slow, no doubt, but its all trending in the right direction.

And this is a word of encouragement — by its very nature, it's going to be slow, for a number of reasons.

First, it’s longstanding. These narcissistic homosexual men who are prelates and influential men have been at this a long time. They have been promoting each other and protecting their pals' moral and legal crimes for decades. They have developed a network of cover-up and relationships that by its very nature, it’s hard to break through.

So no one should be surprised that the going is slow — it's just the nature of the beast.

That said, every time one thing is exposed, other things also get exposed. That's why no one can be discouraged. It's happening. The clean up IS occuring, it’s just that there's a lot to actually clean up.

Look, for example, at the case of Bp. Michael Bransfield in West Virginia, who Abp. Viganò called part of the corrupt homosexual mafia.

A blistering exposé of him and his financial misdeeds and homosexual predation forced him to have to resign, not to mention become a target of investigation by the state attorney general. Hopefully he’ll go to jail.

But when Abp. William Lori arrived on the scene with a mandate from the Vatican to get things straightened up in the diocese, he reverted to the business as usual tactics of "we bishops will take care of things."

The laity essentially told him to drop dead, that they were sick of the status quo and started a campaign they called "Not a Dime for the Diocese."

This came about because they had told Lori earlier they wanted an independent financial auditor to give an accounting of how their money was being spent.

Lori had completely blown them off. In the face of taking over a diocese whose previous bishop had spent a thousand dollars a month on booze, $5 million to renovate his house after a bathroom fire, and was tossing money around to multiple prelates, Lori had the gall to ignore their requests for financial transparency.

That’s how this whole instutitional gay and gay-friendly crowd works: They think the Church and its money is actually theirs.

So the good Catholics in the Mountain State said: That's it. No more money. And just before they launched their campaign, which they had become very public about, Lori folded like a cheap suit.

He announced there would be an independent outside auditor after all. The threat of money sucking out of the diocesan coffers while a state-level investigation was going on at the same time — well, money talks.

And for the record, we’d like to encourage the good catholics in West Virginia: Do not trust Lori or this crooked establishment. Frankly, they lie.

You need to remain vigilant. They hire their friends, or relatives, or people connected in other ways — people they have some influence over — so they can appear to be transparent, but in effect, just shifting the cover-up to another arena.

Do not let up, Hokies. Stay with it. Get details on the firm, ask further questions and keep asking them. And when the first report comes out, have it reviewed by another firm.

Ask if there is any relationship of any kind between the diocese and the "independent" auditor. Most importantly, how was the auditor chosen, by whom, based on what?

And this news brings us to the larger point of this Vortex: The only way to get things done with this crooked crowd is to expose them. And it is the only way.

If The Washington Post had not been tipped off by a whistleblower in the diocese and followed up on all that, Bransfield would still be boozing it up and sexually assaulting seminarians and traveling around on a private jet.

Last month Church Militant launched our Action Arm to begin accelerating the exposure of this filth.

We have a number on investigations running concurrently — and to just refresh your memory, our Action Arm brings together whistleblowers, investigators we hire, and then takes the findings to law enforcement.

Since launching the Action Arm, Church Militant has been contacted by various insiders with all sorts of dirt and details, names, places, etc. And so you know, it’s worse than you think.

That said, we are making a special appeal here to the whistleblower.

We completely understand your desire to remain anonymous. You work for these crooked men and many of you tell us how you live in fear of retaliation, either against you as priests or laypeople as providers for your families.

But please understand, we need to be able to speak to you. It isn't enough to simply send us information or a letter saying what's going on. We have to be able to follow up with you. We are not going to reveal your identity.

And allow me personally here to make reference to my professional background. You may or may not know I was a paid professional journalist for almost my entire career. I won multiple Emmy awards for reporting and producing.

All of those awards were for investigative reporting and, as a matter of routine, I spoke with informants and whistleblowers and insiders inside political campaigns, corporations and government offices. It's what I went to work practically every day and did. I have never revealed a source or given them up. And I have been in this business for almost my entire professional life.

The Special Reports we have been able to air on people like Bernardin or McCarrick or Bp. Seratelli in Paterson, New Jersey, or the arrogance and cove-up and lies of Bp. Malone in Buffalo, or the canon law violations by Abp. Rodi in Mobile, Alabama, or the moral crimes in the archdiocese of New York, or the rot going on in the Fresno diocese, is because we have been able to actually speak with the informants.

The information we are getting from inside various dioceses and archdioceses is a fantastic start. Keep it coming.

Taken collectively, it paints a dreadful picture of how horrible things have gotten in the Church and how great the need is for it all to be exposed, if there is any natural hope for change.

But being professionals, oftentimes we need to ask follow-up questions, and speak with other people who may be helpful in gathering and assembling the facts.

Allow me to stress with all clarity: Your identity will be kept confidential.

We do not air stories we cannot prove without revealing your identity. You will remain anonymous.

If there's no way for us to air the story without revealing your identity, or even allowing the bishop to pretty much figure it out, we simply don't air it. We are sitting on a number of stories like that right now.

There are priests who would be terrorized by their chanceries if we aired stories we currently have because they would be exposed simply by what we would air, because so few people in the chancery know the information. The bishop or his staff would know instantly who the whistleblower is, so, we don't air it. We have lots of those in the hopper.

So please, if you are a whistleblower, please have no fear getting in touch with us and giving us your name along with the info your are sending our way. That's how Malone ultimately got exposed for the corrupt liar he is: his insider Siobhan O’Connor went to the local media and cooperated with them, revealing her identity to the reporter long before she revealed herself to the public.

Same thing with the whistleblower in West Virginia who went to the Washington Post.

Media cannot air stories where the sources are anonymous to them (unless of course you're CNN or MSNBC).

Church Militant has higher standards than those fake news outfits, as well as the Catholic Fake News Establishment.

Don't worry about being exposed. You won't be and you have our word on that. So give us a call, say hi, tell us your name and let's get down to business, taking action to help clean up the Church. 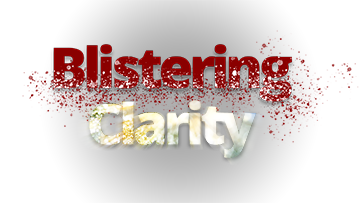