And it better be really hard.

May 5, 2020  0
Podcast Available for Premium Subscribers

In case you haven't noticed, the Marxist Left is in this war for keeps. There's nothing they will not do, say or advance to push their evil down your throat.

That's not a surprise — not even news, really. What is news is the constant roll-over-and-play-dead attitude of so many people in the face of this naked evil who claim to be followers of Christ. Somewhere along the way, they've accepted the diabolical propaganda that to be baptized means you're a pushover and should never protest against lies and wage war against falsehoods.

Some strange psychological gymnastics are at work here, mental pretzel-making, to arrive at a place in your heart and mind where raising your voice against spiritual or cultural tyranny is viewed as wrong. As a matter of fact, the silence and cowering by believers is precisely the response, the engineered outcome, designed by the Marxists, meant to shut you up.

Only you have control over whether you are silenced.

Notice, it's been fine for them to shout and scream and intimidate and bully and threaten — any and all tactics are available to them and they employ them. But if you call them out, then you are a racist, a homophobe, worthy of being mocked, dismissed, doesn't matter — you must be silenced.

Eventually, the constant browbeating wears down enough good people that the Marxist juggernaut gains the upper hand, and then, it's pretty much all she wrote. But why? Why should good people get worn down and browbeaten into silence? Where is it written that people who are good and decent also have to be wimps? And let's be clear: If you let yourself be beaten down, then you are a wimp. Only you have control over whether you are silenced. Unless they blow your head off, nothing stops you from answering back and responding in truth, except you.

Likewise, nowhere is it written that being "charitable" is the same as being mealymouthed and a little quisling, a little church mouse afraid of the big, bad cat. This is some of the twisted theology that's been swallowed whole by people who have no stomach for fighting, and use it as an excuse for their lack of a fighting spirit. When it comes to a personal attack — about your sins or vices or habits or personality or looks — that's when you turn the other cheek, when it's about you. But when the attack is against truth or decency or morality, you don't get to turn the other cheek because it is not your cheek being hit.

This issue — the need to push back against an overarching culture of anti-truth — is the topic of this week's Mic'd Up episode with Tim and David Gordon. They point out how not one stone, not one corner of society, has not been overrun by the dominant PC culture, which again, has the single aim of dismantling truth.

The young brothers have written an excellent book, Rules for Retrogrades, which lays out a very clear path for getting the culture back by unmasking the PC environment specifically by challenging it, by going on the offensive. Please click on the provided link to view the entire episode, which we highly suggest. If you're already a premium subscriber, just watch it. If you aren't, sign up, then sit back and watch it. That brother duo has a lot of smarts. We need more of this type of clear analysis and thinking.

On a good note with relation to all of this, there does seem to be some kind of awakening to this cultural and political oppression. A lot more people are becoming red-pilled to affairs in the Church, the government and the Marxist media. Once you learn something, you can't unlearn it.

In the lead-up to that final dividing, it is our role as baptized to point out the reason there is division — because evil has been quietly at work for decades.

The first step is to realize that things are completely upside down — men are women, women are men, two men serve as "parents" of a baby they got from a rented womb, active homosexual men have seized operational control of the Church through the episcopate and wrecked formation, liturgy and the future generations of priests.

If you look around, see all this and wonder what's going on, you're almost there. Now, it's just a matter of researching and connecting the dots. Loads of people are now on that path and every day, more and more of the Marxist agenda is exposed for what it is.

That's the reason things have gotten so testy, why there's so much division in the country, as if that's something objectively bad. It's not bad at all. Remember, at the end of the world there will be gigantic eternal division, as there should be.

In the meantime, in the lead-up to that final dividing, it is our role as baptized to point out the reason there is division — because evil has been quietly at work for decades in the American culture, bringing us to the point of cultural insanity — to so obscure the truth that people will forget to fight for it.

We are now at one of those moments in history — a fulcrum point, an inflection point, where our future will be forged, for good or ill, but it will be determined. Not all generations precisely arrive at such a point. Each generation has a hand in the journey certainly, either falling asleep at the switch, overlooking or being too tolerant of evil. Earlier generations may have "set the table" as the expression goes, but now the dinner bell is ringing loudly and it is this generation that finds itself at the table.

The only question remaining, after a sufficient number of people wake up, is will they have the stomach to fight, and not just respond in some wimpy way, but really fight? It is no exaggeration to say, the entire future of civilization is hanging in the balance. The clock is running. Will enough answer the call before time runs out? 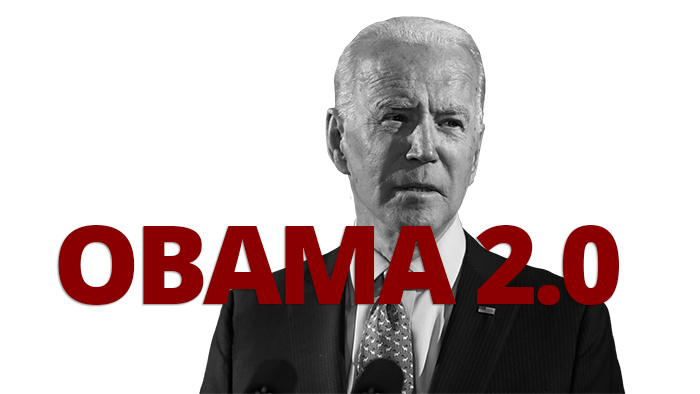