A perfect place to preach.

So, been to a Catholic canonization, er, funeral, lately? If you have, you may have left feeling pretty happy that whoever the corpse belonged to is now in blissful beatitude forever, playing a round of golf or chilling on a cloud and watching their favorite movies. Unfortunately, this kind of spiritually immature chatter and nonsense is pretty common fare at many Catholic funerals these days — a canonizing of whoever died and a childish conception of Heaven.

Know that when someone dies, their entire existence is forever altered. They now see their sins and the great ugliness of them when they are brought before the judgment seat of Almighty God, and Heaven is not some place where the pleasures of this earth are just extended — that's Islam. Heaven is being completely and entirely in the presence of God for whom we were created.

There are no words sufficient in human speech to describe the glory of Heaven. We have heard from the Holy Spirit through the Scriptures (1 Cor. 2:9) that "eye has not seen, ear has not heard, not has it as much as entered the heart or mind of man what God has prepared for those who love him" — pretty certain that prelude rules out extended rounds of golf. But before Heaven, it's a pretty safe bet that the very few who are actually saved, compared to the many more who will be damned, will have to pass through the intense suffering of Purgatory. Again, the Holy Spirit tells us of those admitted to the vision of God in the Face that nothing unclean will enter. That means a soul must be absolutely perfect, spotless, pure.

Think of the wedding guest who got tossed out because he was not properly attired. This is what was being talked about. The purpose of a funeral Mass is to offer the Holy Sacrifice on behalf of the dead to speed him to his eternal joy and relieve him of some of his intense pains in Purgatory. And make no mistake, Purgatory is not a fun place to be. The pains are brought about by spiritual fire that burn to the point of purification, unlike anything that is envisioned here on earth.

Once we are dead, we move from the natural world, never to be a part of it again. The life of nature is over. The life of "super nature" has begun. No more are we living our lives contained by space and time with all the limits placed on us by those parameters. We are brought into a land that now, we know not in any meaningful way. All we know of it is by vague analogy.

To pretend in funeral Mass homilies that we are first of all, certain the person is in Heaven and secondly, that Heaven is some pre-school-type, playground environment is a continuing dumbing down of all that is sacred. And it often happens that at these moments, there are many people who are either lapsed Catholics or non-Catholics. Doesn't this count as a crowd on the "peripheries" who are in need of an "encounter" who might benefit from a little "dialogue?"

But no, the Church of Nice theological hypocrites will insist this isn't the time or you can't afford to upset people, suggesting the truth that if — big if — Uncle Andy was not damned by his own choices, that he is in excruciating need of prayer right now because he is suffering tremendously, while he is purified for eventual admittance into the realm of celestial glory. Funerals are the perfect place to speak of eternity because everyone present is there precisely to consign Aunt Maggie into eternity. If that's not the place to have an "encounter" then pray tell when would be? This is another example, which proves the lie that the Church of Nice is interested in things spiritual and converting people to the One True Faith. They are not. They are interested in not offending people.

Here, we have before us the body of a soul who has been judged by Almighty God and that judgment is now everlasting. On the very rare occasion that the soul escaped damnation, solely because his love and desire for God allowed him to exit this earth in a state of sanctifying grace, for that is the only way you can escape the fires of Hell, then the most charitable thing that can be done is to instruct the dearly beloved in the truth of this reality and request prayers for the remission of what is, in all likelihood, the intense agony of grandpa.

We can and should never presume the person is in Heaven. One day, we will be in that box or rather our bodies will be, including those of the pastors who do not speak the Truth for fear of offending. The Mass will begin and then all the silliness and jokes and words for making the assembled feel good will spew forth when we will be burning in the fires just below the altars of the Church, begging for relief that will not come sooner because no one on earth is praying for us. They won't be praying for us because no one on earth will have told them, like no one told us, that the Church Suffering needs prayers from the Church Militant or maybe it's better to just imagine Uncle Pete, riding around on his Toro lawn mower living it up, mowing Heaven's lawns.

One day, the full reality of this lack of preaching will seize hold of many who today have forgotten the dead, and they will know the fullness of not having prayed constantly for the souls of their loved ones until they meet them again. 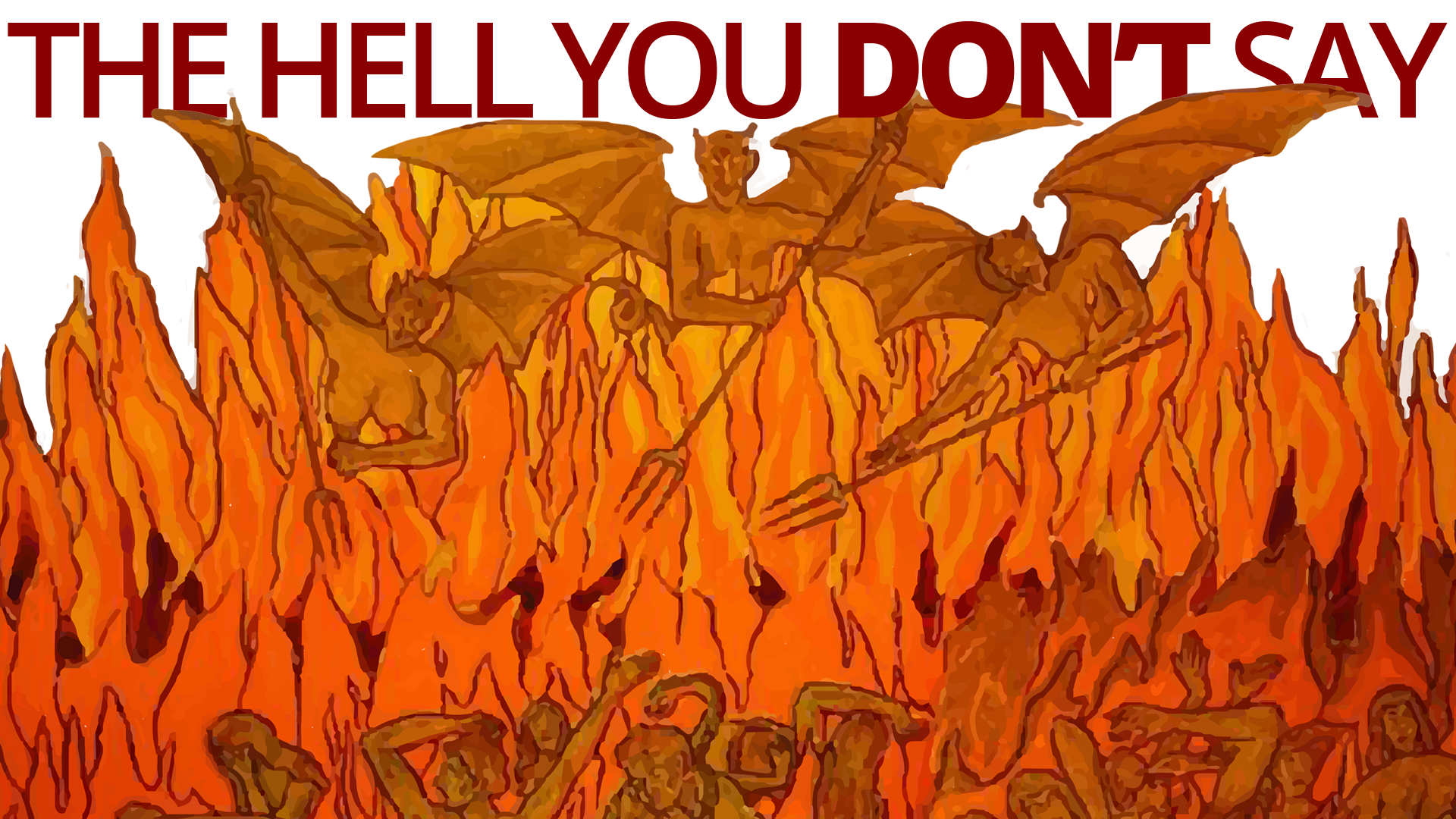 The Hell You Don’t Say
Be very careful to whom you listen.