What the Church needs now is some right reason.

There are many reasons for the "Great Contraction" of the Church, but most of them revolve around a collapse in the intellectual life of the Church.

The Church of Nice has been masterful at replacing the appeal to the intellect with an appeal to emotion, and it's evident everywhere, from the sappy music at Mass to the ridiculous Scripture studies where you are asked how a particular passage makes you feel to horrible catechesis built around your feelings as opposed to your brain.

The Catholic intellectual tradition has been almost completely abandoned by various leaders who have reduced objective truth to subjective feelings, as if there are multiple answers to yes and no questions.

Is adultery a sin? Well, it depends on how you feel. Should you receive Holy Communion in a state of mortal sin? What does your feelings-based conscience tell you is best?

For leaders to tell Catholics to follow their conscience and not tell them anything else is satanic.

And it happens — all the time. From James Martin to Bryan Massingale to Blase Cupich to Thomas Rosica to Joseph Tobin, these men with collars or miters go on non-stop about the primacy of conscience but say nothing about your duty to properly inform your conscience through the use of reason — your brain, your noodle, your intellect.

They understand the primacy of the intellect well enough. That's why they consciously skirt around it by making appeals to people's feelings as though feelings are the final arbiter of truth. They diminish and insult every father and doctor of the Church with their deliberate dumbing down of the Church's rich intellectual history.

Right or wrong is not arrived at by how you feel. Right and wrong are objective realities that a person must, through his intellect, conform himself to, or he dies and goes to Hell.

Our Blessed Lord said: know the truth and it will set you free. The Lord God said, "My people perish for lack of knowledge."

These men, and many others like them, are perfectly content to let you be damned as they distort and fool you. They are lying to you — by omission and commission. The same is true in various seminary classes around the country.

Seminarians are conditioned through various subtle techniques to eschew the actual teachings and concentrate more on how people feel about them and should live their lives accordingly.

So sin, the objective reality of sin and its eternal consequences, are downplayed or ignored altogether, and the primacy of a badly formed conscience becomes the standard by which truth is arrived at. Getting to Heaven is hard work — impossible for us as individuals on our own without grace — and grace normally requires a commitment, a desire, a love of the truth — "good will" is what the angels called it in the skies over Bethlehem.

Almighty God commands that a soul love Him with all its mind, heart and strength — notice: mind? God is attainable by conforming to objective truth, the truth He Himself both is and established.

Pursuit of the truth is the way to the truth, which is why Our Blessed Lord said of Himself that He is the way and the truth. While each man can understandably struggle with divine precepts — trying to comprehend them, live them, etc. — that does not give man permission to ignore them and live as a child moving on nothing but feelings. 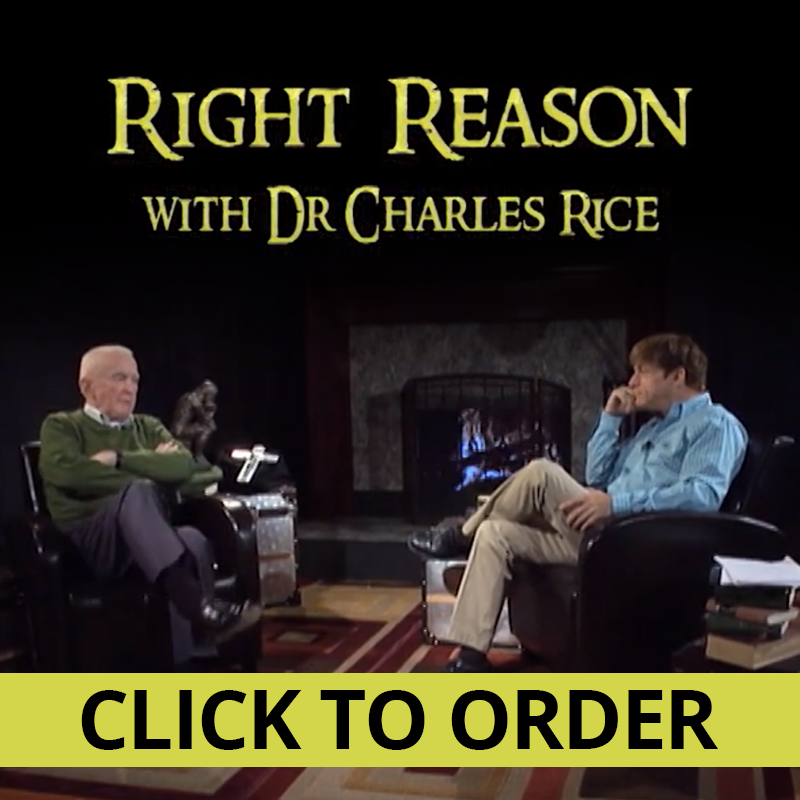 Saint Thomas Aquinas was very aware of all this and pursued a route of presenting the Faith in unambiguous terms in a step-by-step process which is laid out in his Summa, although that is not the only writing of his.

The pursuit of truth and arrival at truth, at least on fundamental levels, is available to all men, even the unbaptized, as proven by the Greeks in the time before the Incarnation. The Greeks had figured out the truth of man having a soul, it being immortal and the reality of divinity.

Theirs might be described as pursuing the path of natural law, intellectually assessing the nature of a thing and building on those natural-revealed truths.

This is the same path that Thomas followed to further deepen our knowledge of the Divine — the source of all natural law.

A major proponent of natural law was Dr. Charles Rice, a mentor of both myself and our apostolate, who recorded two seasons of a program produced by us called Right Reason.

Charlie died in February of 2015 and is now bathed in the light of the truth he so splendidly dedicated his entire life to — professional as well personal. Charlie was a professor at Notre Dame Law School for years and slavishly taught his law students to pursue the truth of things with their minds — he was brilliant, which is why both he and we wanted to tap into his brilliance and produce Right Reason, to make natural law and St. Thomas Aquinas extremely approachable and easy to get.

The crisis that the Church finds Herself in now is precisely owing to a failure to reason rightly, a fact underscored time and again by Charlie and why he wanted to host this show.

We are bringing this up now to let you know that we have collected all 26 30-minute episodes of Right Reason into one big set and are making this available to you this Christmas season as gifts for your loved ones — but also yourself.

We, as a Church, need to get back to the use of our intellects, to admitting there is such a thing as objective truth and we, therefore, have a need to live by it. Charlie breaks down into very easy chunks the concepts of natural law, St. Thomas' writings and how we need to correspond our lives accordingly.

In a very pleasant manner, he completely destroys the idiocy of relative truth which has so engulfed the Church this past half-century. And it is this relativism which has invaded seminaries and religious education programs and chanceries and parishes and pulpits all over the Catholic world and set itself up as the final arbiter of truth.

It's what Pope Benedict famously referred to as the "tyranny" or "dictatorship of relativism," and this must be fought with every ounce of Catholic strength we can muster.

Relativism makes people prisoner to their sins, giving them an excuse to never tear free from the web of destruction and misery. Tearing away can be a painful process, but it is necessary to rip away from relativism and wrong thinking in order to achieve eternal salvation.

That's why Charlie loved doing this show, and it's why we wanted to produce it.

So as the Christmas shopping season gets underway, give people one of the greatest gifts they could get: the stimulation of their intellects to produce right reason leading to their salvation.

To place your order now for the entire set, just click on the provided link clearly visible here on the page. Again, 26 episodes, each one an easily digestible 30 minutes in length. If you know a seminarian, it's a perfect gift.

If you have children or grandchildren who are so ordered to truth, again, it's the perfect thing to get for them and to watch with them. The mark of a really brilliant mind is to not only grasp difficult concepts but then break them down for those who do not grasp them so readily.

That's exactly what Dr. Charlie Rice does in the St. Michael's Media production Right Reason and why we so highly recommend it to you.

What the Church needs now is some right reason. 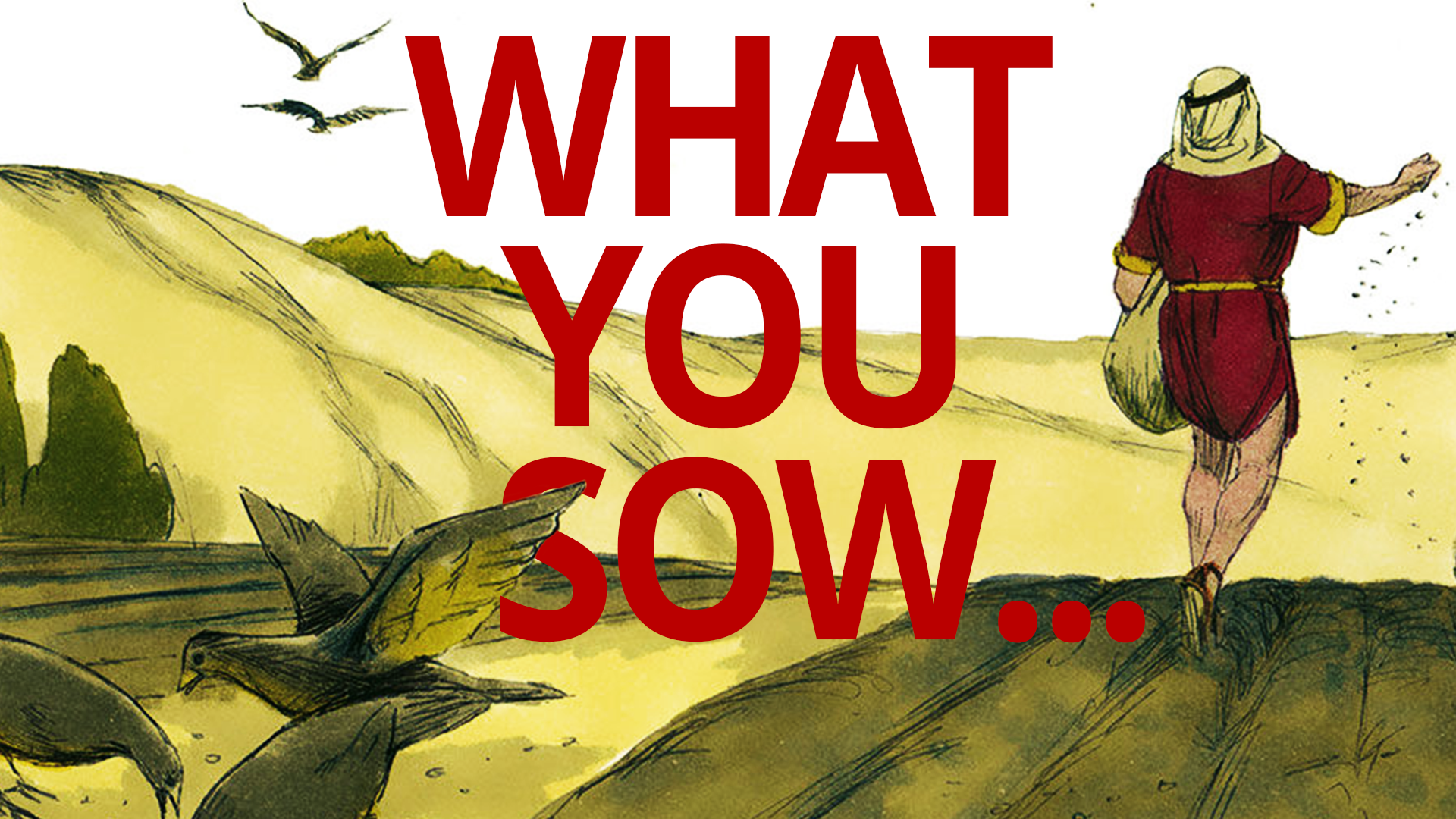 What You Sow…
So shall you reap.