And thank God for the opportunity.

For a number of months now, after careful analysis of the latest numbers, trends and data, we here at Church Militant have been pointing out that a looming demographic disaster is facing the Church in the United States. And as the saying goes, "Demographics is destiny." The U.S. Catholic population is on the verge of a death spiral, not only in terms of sheer, raw numbers but also of self-identified believers. The death spiral is beginning to unfold because of, well, death — the elderly Catholic population that were adults before Vatican II in the early 1960s are now disappearing from the scene — my father for example. Behind them, counting generation by generation, the numbers keep decreasing. In short, there are very few in the pipeline. For example, there are more Catholics over age 65 than Catholics under the age of 30.

That lines up to be a demographic disaster, and because this disaster stretches over multiple generations and over decades, there is no quick fix and possibly no fix. In fact, the makings for this disaster, the percolation period as it were, actually goes way back — more than 100 years before the Council. It's just that the laity finally saw it for themselves unfolding after the Council, when all the crazy "Spirit of Vatican II" clergy were running around dismantling altars and sanctuaries, ordaining active homosexual predators and destroying every vestige of authentic Catholic education, worship, music, devotion, architecture and family life.

What we are witnessing now in the Church is the reaping of what was sewn by modernist saboteurs in the Church, who step by stealthy step have brought the Church to its knees. Fourteen-hundred Catholic schools, for example, have been shuttered in the past decade, a crisis so great that in a rare moment of looking in the mirror, the U.S. bishops actually discussed that aspect of the crisis at their recent national meeting, of course, paying no attention to the fact that their neglect is what caused the need to close them in the first place.

Faithful, authentic Catholics need to step up and reclaim the Faith — reclaim the Church. What is happening is the scales are tipping in favor of tradition. It may not look like it right now, at least not clearly, but it is happening.

The Church of Nice is gigantic — this gorilla constructed back in the 1960s–1990s by modernists like Detroit's Cdl. John Dearden and Chicago's Joseph Bernardin and their like-minded henchmen all over the country. There is no doubt that the Church of Nice is still in control, but it is dying, committing spiritual suicide.

In its place, a quietly growing community of Catholics who actually believe, hold and profess all that the Church proposes for our belief. They are centering themselves in little clusters around faithful parishes like the FSSP and the ICK and the Personal Ordinariate of the Chair of St. Peter — the last established by Pope Benedict as a refuge for Anglicans who wanted to come home to Rome while retaining their liturgies. Then, there are here and there a few diocesan parishes with orthodox priests who offer the Traditional Latin Mass, as well as reverent Novus Ordo Masses, meaning free from the millions of abuses present at the usual Church of Nice Novus Ordo Masses. They are also finding each other in Catholic homeschool groups and small private schools and colleges dotting the Catholic landscape. Our Blessed Lord is providing, and the Church of Nice, much as it wants to, can't prevent that.

Every year, more Catholics die and apostatize then are baptized or convert into the Faith. The exit doors are practically being busted off their hinges over at the Church of Nice, while the doors at authentic Catholic parishes are needing to be expanded. Sooner or later the scales will tip for good because the Church of Nice is approaching extinction.

What this means for Catholic life in the United States from a demographic standpoint is a very different way of practicing the Faith, living out the Faith on the ground so to speak. There won't be a parish within a few minutes of your home. There won't be a priest available with the ease there currently is. The Church will, in short, be reduced to a small little group and will basically have to start over. And here's the point: all this is already happening. It's happening now; the institutional Church knows it as well. That's why they are grabbing as much money from the old Catholics as they can before they die. But it is their last hurrah. Dying patients, people on life support, eventually die. We are watching the natural death of generations of rotten philosophy, miserable theology and errant morality.

There has ever only been one way to be Catholic and that is faithful. This is what Catholics must understand — do not mourn the destruction — do not look back over your shoulder. Focus on the future by confronting the current disaster, resisting the dissenter at every turn and reclaiming the ancient faith, the Faith of fathers, the Faith of the martyrs.

You are on the winning side because you are on the side of Our Blessed Lord who has allowed these horrors to occur to bring about a greater good. You reclaiming and rebuilding for future generations is that greater good. Welcome to the war. And amen for it. At last, the enemy has been smoked out. 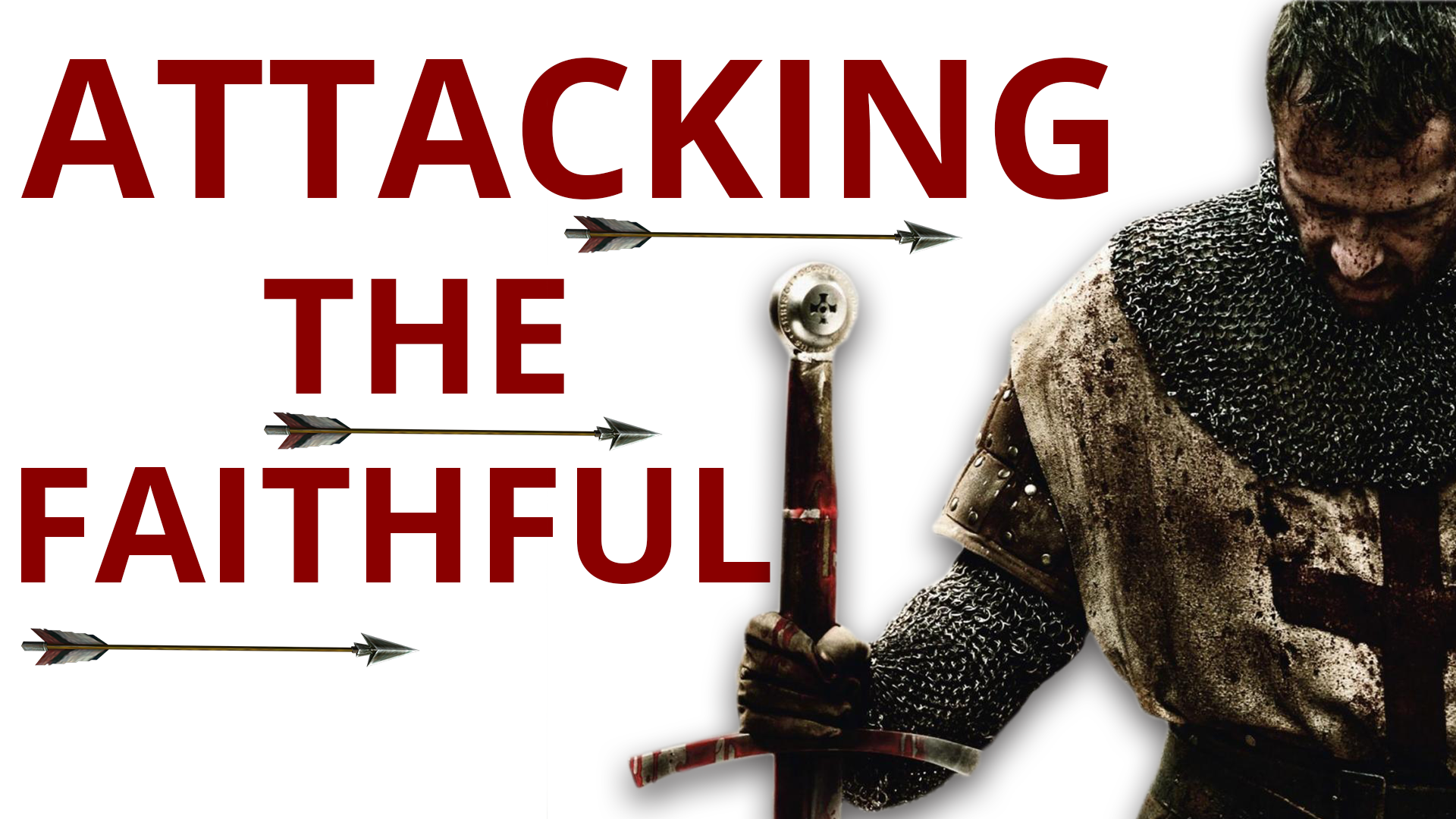 Attacking the Faithful
And the faithful fight back.