Right in Your Face

And right under your nose.

May 22, 2018  0
Podcast Available for Premium Subscribers

If you have not heard about this then take a listen:

There it is for you. He couldn’t be any more direct or clear. That of course was Facebook founder and CEO Mark Zuckerberg speaking at the somewhat annual F8 conference. He’s talking about his plans to make sure that Facebook is weaponized against what he terms "fake news." Problem is, he's the one determining what’s fake and what's not.

He is instrumentalizing artificial intelligence — AI for short — to quarantine any potential fake news or hate speech posts and then a team of humans will manually go through those pooled posts and determine what is fake, or hate. Then the humans will either let it go through or kill it before it ever makes it your feed.

Immediately following the F8 conference, Zuckerberg met with a pretty large contingent of various media outfits to set some parameters for determining what is fake news.

The Problem? Well, for starters, here’s a list of the media outlets who were at the meeting being consulted, according to BuzzFeed:

To the best of any research Church Militant can unearth, there were no politically conservative media outlets at the meeting. They don't seem to have been invited. Yep, Facebook will be screening out news that liberal news organizations determine is fake. That should be the punchline to a joke, except the whole thing is no laughing matter. Zuckerberg specifically said that they are going to lose money on this project — they're hiring 20,000 people to screen the posts.

Wanna take a wild guess on the political leanings of the "screeners"? Additionally, he freely admits Facebook is doing this specifically in readiness for the upcoming midterm elections this November. We are not joking when we say these midterms are perhaps the most vital the nation has ever faced. More on that tomorrow.

The Left recognizes the monumental importance of these midterms and is pulling out all the stops, and of course that means seizing back control of social media that they sort of fell asleep at the switch at during the 2016 U.S. Presidential elections.

The liberal media giants are blocking, zapping, censoring, squashing any politically or theologically conservative voice they discover through their AI, software, algorithms or plain old-fashioned reporting from users. Google even blocked all posts and links of pro-lifers in Ireland about the upcoming abortion referendum later this week. Yep, they freely admitted it. And not just that, they also doubled down and said this was part of a larger worldwide effort to ensure, what they call, "election integrity."

You do see where all this is going, right? We have been saying for the past month, and now, given Zuckerberg’s comments and Google’s actions, we are going to say it again and keep saying it. Times have changed. The liberal media giants are determined not to let the peasants rise up again and seize the day. They know most people are lazy and sit back and wait for their news and information to come to them.

We cannot do that. It can't be that way if you want the truth. These people are hell-bent on making sure that the truth does not get to you. That's what all this talk and technology and agenda setting is all about.

You cannot become isolated. You must get engaged. You have to be proactive and go out and get your news, not wait for them to hand it to you because: They. Ain't. Gonna. Did you just hear the man? Please do the best work around you can with all this and come directly to Church Militant.

As a way to combat all this (we recently set up brand new notification sign up so we can send you our stuff) and you don't have to rely on Facebook, or Google or Twitter to play it straight with you. Because. They. Won't.

Please, whatever you are doing right now, click on the provided link right on this page, give us your email and let us start sending you our material directly, as opposed to waiting for the other guys to send it to you. We already know from experience that Facebook changed its algorithm about 20 months ago and wiped out the number of new friends on the page. We went from a few thousand a week — every week — to a few dozen, and it has never come back.

You heard it from straight from the horse’s mouth. They are mad, and they are determined to block truth by labeling "hate" and "fake" and then blocking it. 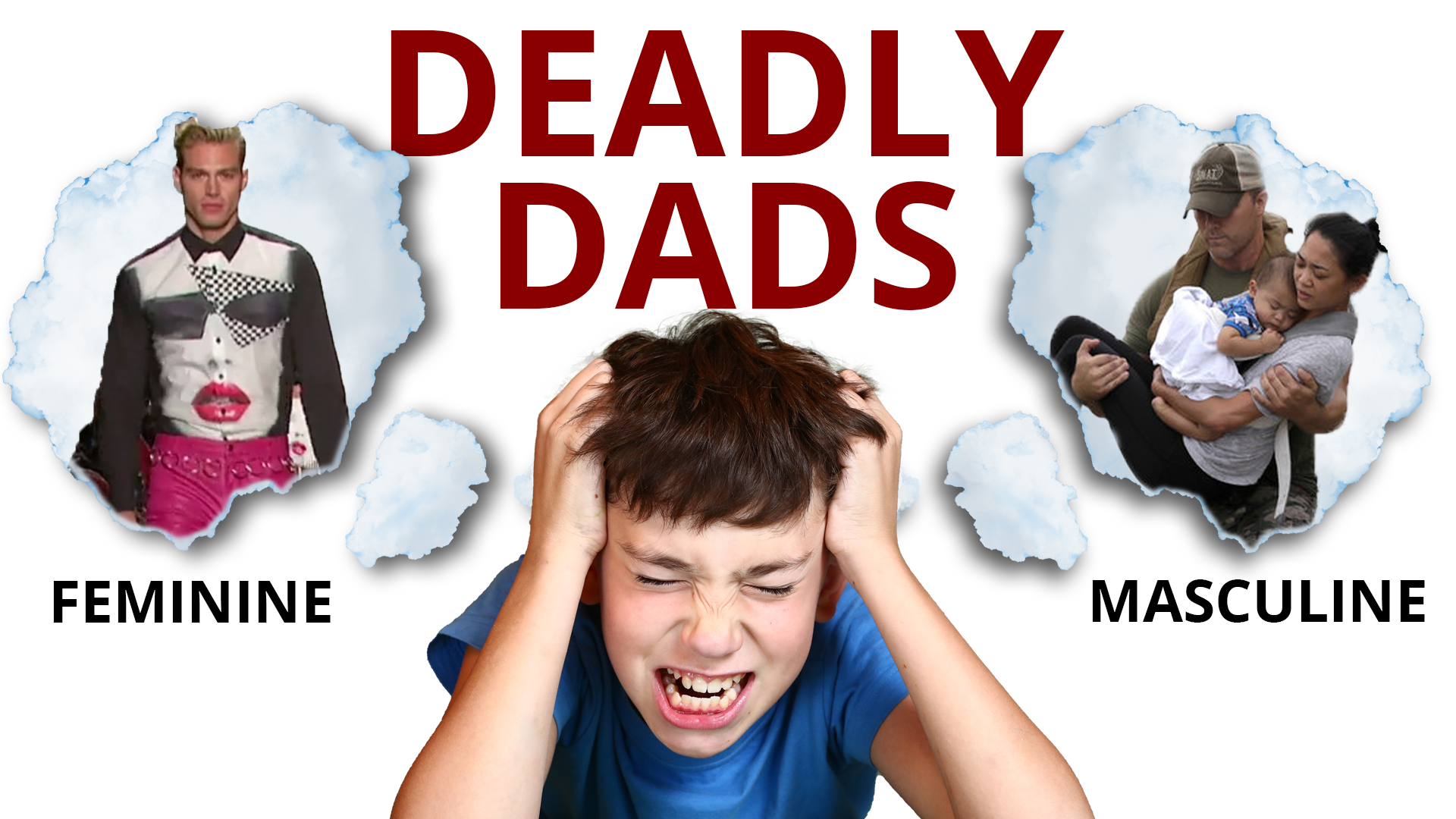 Deadly Dads
What a prize it is to have a killer father.