They must be removed.

Why are heresies something to be completely and utterly destroyed? Because they prevent people from becoming or staying holy, is the simple answer. This is why we here at Church Militant have taken up arms against the prevailing heresy of the day — the homoheresy, and the homoheresy shares a lot in common with all earlier heresies.

First of all, it began among the ordained class, as almost heresies always do. No heresy can take root and begin to flourish unless it finds its origin in the clergy. The laity don't have sufficient authority to even start, much less maintain an authority.

No, heresy always begins with the ordained and then is spread by the ordained. Ultimately, it is finally disposed of by the ordained, but not without a good deal of blowback by the laity, and that's why Church Militant is so determined in this regard.

Second point in common with all previous heresies — it contains some truth. If a heresy was so out there, no one would accept it. The really "good ones" always appeal on some level to people's intellects or emotions on some truthful point that is being exploited.

The truth that is being exploited with the homoheresy is the command to love your neighbor — Christian charity. It's being exploited in that the virtue of tolerance is being confused with permissiveness. Tolerance refers to temporarily accepting some evil or sinful state as a person struggles to get beyond it.

The sin itself is never excused, and it is called rightly what it is — sin.

But the person's weakness is tolerated, patience is granted, as God does with all of us, as he struggles to free himself from the sin. Permissiveness is embracing the sin itself and not calling the person to repentance and, in the case of the homoheresy specifically, chastity.

Yet, the homoheresy dresses itself up in terms of acceptance and warmness and embracing the person while sneaking into the equation also embracing the sin and refusing to label it as such. Heresy is a roadblock to holiness because it never calls one to reject the sin.

An analogy might be an alcoholic father who demands that the rest of the family not only love him and accept him, but also his drinking. What loving family member could ever embrace the curse of alcoholism for his or her dad?

Freedom is what a loving family member wants for his dad, not enslavement to an addiction which is then celebrated — likewise for the same-sex attracted man or woman. For priests and bishops in the Church to treat them as though the evil of sexual acts is acceptable is, in itself, evil and, in a certain sense, actually even more evil.

It is a scandal of scandalous proportion and has been brought into the Church by wicked clerics and then fostered by cowardly ones — thousands of them — who still, to this very day, with settlement payments increasing into the multi-billions, with tens of millions of souls having deserted the Faith, with a future total meltdown of the Faith clearly within sight, even with all of this, these wicked and cowardly clerics still say and do nothing other than to impermissibly tolerate this evil.

Even among their own ranks, the souls of priests themselves, good priests, are being devastated. Listen to this email we received this week from a priest who shall remain anonymous. It came in response to our story about Cdl. McCarrick's active homosexual past being revealed:

As a priest of about 20 years, who is a red-blooded heterosexual man, I can tell you that the this doesn't surprise me at all. Many of us have suffered at the hands of the gay mafia in our dioceses. Chanceries are full of homosexual priests and bishops. Many of them hide behind orthodoxy. But they railroad priests who speak out on homosexual issues (like I have). The biggest surprise to me has been how pervasive the number of homosexual men there are in the priesthood. And once they get elevated to the episcopacy, they tend to group like-minded priests around them who then tend to get promoted. I'm sure this is all very disheartening to the laity. It's also disheartening to me, who gave my life for our Church and for Christ only to find the rot and corruption. I pray that it all comes to light.

When the Pulse gay nightclub shooting happened in Orlando in June of 2016, my first thought was, "Dear God, I hope at least some had a chance to ask God for forgiveness before they died" and I immediately said an "Eternal Rest" for them. I'm sure many other faithful Catholics thought and responded exactly the same way.

Contrast that response with those of various clergy like homoheretics Fr. James Martin and Bp. Robert Lynch, now retired, thank the Lord, of St. Petersburg in Florida. Instead of being concerned for the souls of the gay men killed in the bar, they used the opportunity to publicly advance the homoheresy. Heck, Martin even wrote a book because of it.

By the time a heresy — which is a roadblock to holiness, which is to say a roadblock to salvation — finally rises to this level, it already has deep roots and has caused massive damage. Uprooting such a heresy is always difficult and requires a lifetime of work, but souls are worth the cost.

People knowingly embracing heresy are almost certainly damned despite the stupid and moronic notion that we have a reasonable hope all men are saved. We do not have that hope. Faithful Catholics, out of nothing else other than love of souls, must spend themselves removing and uprooting these roadblocks.

They block people's access to Heaven and send them hurtling into eternal hellfire. And as Bp. Sheen said, do not look to the priests and bishops to do the dirty work. Too many of them have actually been involved in the real dirty work and will be damned in they don't repent. 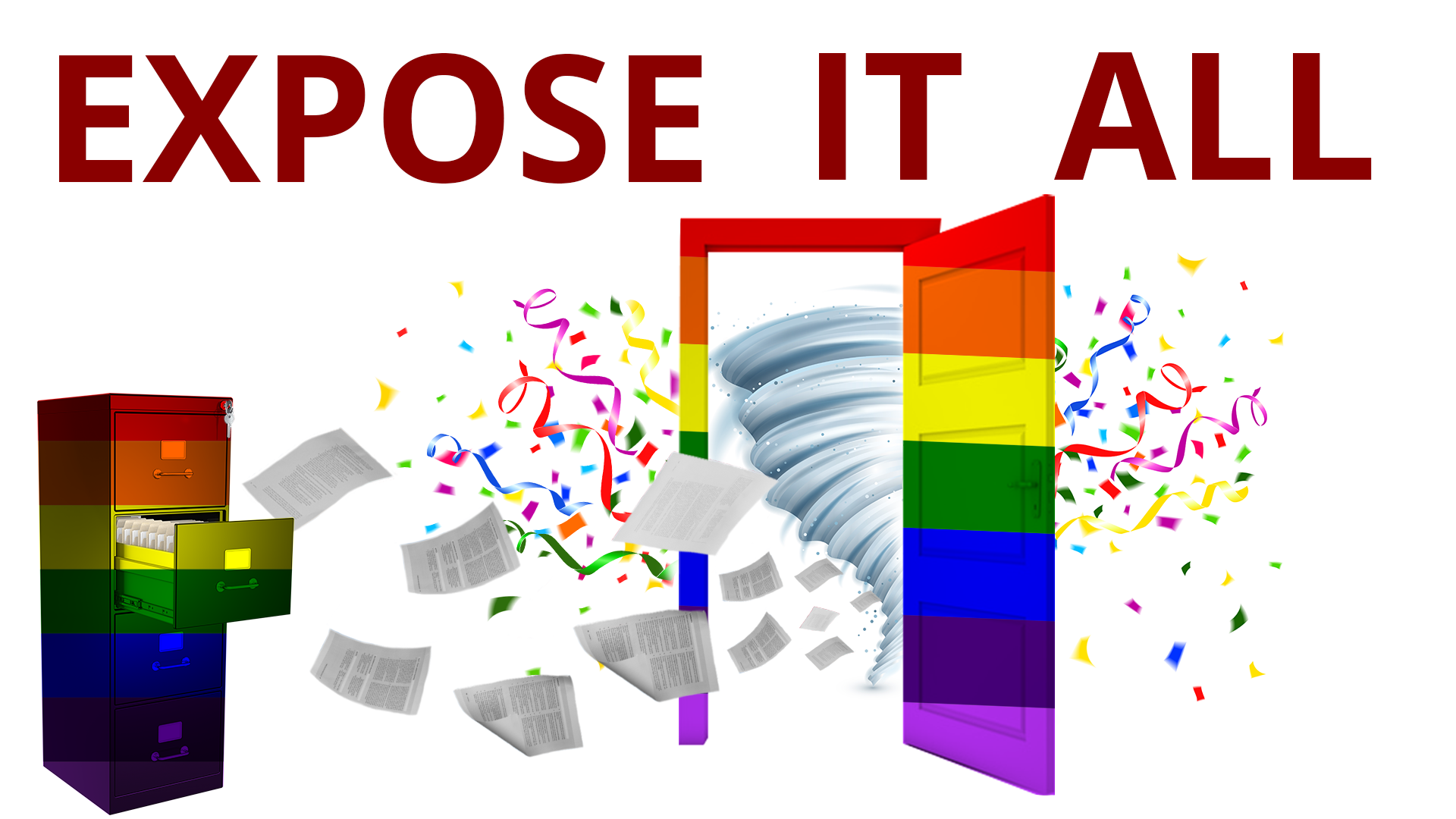 Expose It All
Before even more souls are damned.