The goal is to PREVENT the truth from coming out.

May 29, 2019  0
Podcast Available for Premium Subscribers

Pope Francis' recently announced plan saying "the bishops can investigate themselves" is not anything new. Unsurprisingly, that is exactly the plan that homopredator Theodore McCarrick put in place back in 2002.

The wicked prelate's idea was to allow the bishops to remain unchecked, uninvestigated and to escape any form of justice for their horrible deeds. It worked — perfectly. And that's why 17 years later, here we are again — same ole, same ole.

So let's look at just one of the cases where the bishop "investigates," shall we?

We can start with the very recent cases of Fr. Robert DeLand of Saginaw, Michigan, who was the focus of our special report last week where Church Militant played the actual police audio recordings of the predator as he was grooming his 17-year-old male prey.

When the police investigation began and was well underway, the then-bishop of Saginaw, Joseph Cistone, brought onto his team Judge Michael Talbot from the archdiocese of Detroit, chairman of Abp. Vigneron's sex abuse review board.

In fairness, Vigneron inherited Talbot, but he has done nothing to suggest he is going to relieve him of his duties considering how he reportedly behaved in the matters of Saginaw and DeLand.

Here's what he did: In short, he tried to throw his weight around and get investigators and or prosecutors to drop the investigation into DeLand.

He was so bullying and overbearing in his tactics, in fact, that an official complaint was filed against him with the state attorney general's office. He was accused directly of threatening and intimidating behavior and trying to get the case shut down.

Yes, that's the priest Talbot wanted the investigation against dropped and the prosecutors and detectives dismissed from.

If Talbot had had his way, DeLand would still be prowling the halls of Freeland High School and grooming his next victim.

So where are the repercussions? Has Abp. Vigneron of Detroit announced Talbot is done, gone from the archdiocesan sex review board? Of course not. And yes, if you are thinking the same as us, the next question is how many times might Talbot have done this in the past.

Did Cistone place a call to Vigneron and say, "Hey, Archbishop, we have this messy case up the road from you and just wondering if you have someone who could just make it go away"?

Cistone has since died under somewhat mysterious circumstances as well. While he did have late-stage cancer, he was not in immediate threat of death. In fact, the day he died, he had a number of events scheduled.

The diocese of Saginaw intimated he died in peacefully in his bed, but Church Militant has learned that he actually was found dead on the bathroom floor.

Additionally, no autopsy was performed, which does seem a little strange considering that Cistone himself was under investigation at the time for the whole DeLand affair. So what do we have here in total — well, let's see.

Then, almost immediately upon getting to Saginaw from Detroit, Talbot reportedly begins strong-arming officials, throwing around his weight as a judge in Michigan for the past 40 years.

It's simply stupid, in fact, the height of stupidity that to think that those that have everything to gain by covering up the facts will be able to conduct an "independent" investigation of any kind.

Cistone's house and chancery were raided by police who seized all sorts of files, computers, even his cell phone, laptop and tablet.

Cistone's nickname among some of his brother bishops was "Bishop Shredder," earned from his time in Philadelphia, Pennsylvania where a grand jury concluded he oversaw the shredding of an enormous number of files of credibly accused priests.

Then, when the DeLand case just got too hot to handle, Cistone calls Vigneron and asks for help in the form of someone who will appear "independent" — right. Local media reported at the time of the appointment that Talbot was a considerable donor to the diocese of Saginaw.

This whole scene is so inbred, so corrupt, so over the top that it's shocking any bishop who has not called for a truly independent investigation of the bishops can even show his face.

But then again, the whole homocardinal crowd around Pope Francis, including virtually the entire U.S. contingent, wouldn't want that now, would they? And neither would their conspiratorial buddies in Rome.

These men, these investigators, these bishops' commissions, these delegates appointed by the Vatican are not authentic investigators. They are simply running interference, doing whatever they can to prevent the truth from coming out.

And for those who say, "Well, this is just one case in little ol' Saginaw," ask yourself why police and the feds are raiding dioceses all over the country.

It's about protecting the institution, not the innocent. And we're not talking just about minors. This entire homopredator network sets its sites on anyone, minor or adult, and goes after them.

After all, in Saginaw, the investigation Talbot tried to get shut down was against a priest grooming a young man, not a minor.

DeLand is behind bars where he belongs, but no thanks to the bishops running the investigation. 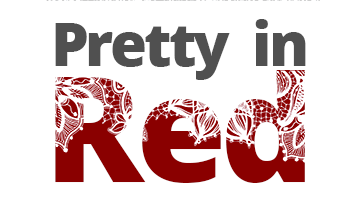 Pretty in Red
Until they die.