The latest from the Michigan diocese

This special report is coming to you from the diocese of Saginaw, Michigan, where a high-ranking priest is facing criminal charges involving sexual assault. The priest is Fr. Robert DeLand, the 71-year-old judicial vicar for the diocese who was arrested and arraigned on separate charges of sexual assault at the end of February. DeLand was stationed at St. Agnes Parish in Freeland near to the local high school. Church Militant went to his Saginaw condo to speak with him, but he refused to appear on camera.

DeLand has now been banned from these Freeland schools he used to visit nearly every day, prosecutors say, in order to groom youths, he would meet in the hallways for future sexual relationships and assaults by giving them sums of money. Ironically, in a homily he gave the week before he was arrested, he spoke to parishioners about what he termed his "passion for youth." The next week, at the same parish, Bp. Joseph Cistone would be apologizing to parishioners.

By all accounts, when he was on the grooming trips or other public appearances, he was always charming and affable but in private, professional associates say he was very different.

Mary Woods: I go to the ambo, the Church is full, and he begins screaming, "What are you doing?"
And he waited for me in front of the whole Church and said, "What do you think you're doing? You can't do that," screaming at me.

Church Militant spoke with former house cleaners of his who not only say he was ill-tempered and condescending to them but who also witnessed evidence of regular homosexual activity on the part of the priest, who was the head of the diocese's marriage tribunal.

Marlene Bethune: I opened up the door, and it was darkened, and I looked and I looked again, and there was a naked man in his bed.

Peggy Schambeck: But I thought to myself, why is this young man here? I'm cleaning today, I thought it was very odd. And then I heard him ask this young man, "Do you think you could come over later? And maybe help me move some things around?" And right away the young man said, "No, Father, I can't, I have to help my Mom and Dad, I can't." I thought, if he's doing something with these young people, this young man he needs to be saved, you know, go home to your family.

The case of Fr. DeLand has opened up a can of worms for the diocese and Bp. Joseph Cistone. Police report they are now receiving not only more accusations against DeLand but other diocesan priests as well whom witnesses and victims say are also homosexual, leading double lives and assaulting still more young men from behind their collars.

Assistant Prosecutor Mark Gaertner has been prosecuting cases for decades, and he says he finds this case in particular disgusting because of how DeLand stalked and groomed his future victims, abusing the trust they placed in him.

Mark Gaertner, Asst. Prosecuting Attorney: A lot of text messages, a lot of emailing, a lot of phone conversations, a lot of personal contact, and it was the grooming aspect.

The problem facing the diocese and Bp. Joseph Cistone is different from the situation he faced as auxiliary bishop in Philadelphia where a grand jury found he supervised destroying evidence in a case of multiple priests who were sexually abusing minors, a case which sent a Philadelphia monsignor to prison. Investigators say in this case, DeLand avoided sexually assaulting minors but rather groomed his victims in their youth and waited to engage in sex with them and assault them if necessary once they were no longer minors.

The question the diocese will have to answer is how much about DeLand did they know beforehand and under the leadership of Cistone who has a history of not cooperating with law enforcement in such cases? Will he hand over the files?

Mark Gaertner, Asst. Prosecuting Attorney: We have ways of getting the info, if they don't want to cooperate, we have ways of helping them cooperate, and we'll certainly utilize those skills.

On the question of how much the diocese knew immediately following DeLand's arrest, they at first issued a statement saying there had been no previous indications of criminal or immoral sexual behavior. But a few days later, they issued a contradicting statement that said upon further review, they had found history — history which DeLand had denied.

The idea that the diocese knew nothing about his homosexual activity doesn't sit well with former housekeepers.

Marlene: I reported it, but nothing ever happened. I was talking to some of the staff in the office about the circumstance, but it never went beyond that.

The diocese and Bp. Cistone will have a very difficult time saying they never knew anything about DeLand's homosexual past. The principal of a local Catholic school had actually written a book detailing the homosexual dealings about Fr. DeLand and his grooming of youths. In the book published in 2011, Listen to the Echo: Truth and Justice Betrayed, the principal, Dennis James Haut, provides details of DeLand who he called DeLong in the book, providing alcohol to underage teen boys, being with them on ski trips and so forth. This was a case of everyone who knew DeLand, knew about the book.

So far, there are two separate cases against DeLand with assorted counts, one involving him sexually accosting a 21-year-old male and the most recent case involving a 17 year old whom police and prosecutors wired up after he came to them saying DeLand had grabbed him in private areas. That sting operation happened here at his off-church property condo he kept for himself as a private location, investigators charge, to come onto young men. But given the number of calls and tips coming in, and not just about DeLand, investigators are expecting the file to grow exponentially. And that means a growing headache and PR trainwreck for the diocese and Cistone.

Already, the 17 year old being represented by Jeffrey Fieger's law firm has filed a federal civil suit alleging that the diocese knew about the danger DeLand posed and was negligent in protecting young men from his homosexual predation. Church Militant reached out to the diocese through email and received no answer to our request for a comment from the bishop about the federal civil suit so we went to the chancery to ask in person. After a few minutes of being told no one was in the office, the communications people were out for the rest of the day and the bishop and his secretary were nowhere to be found, they finally sent the janitor out to scold us for contacting various diocesan personnel looking for answers.

Tim Muter: One, I don't know anything about a federal lawsuit.

Michale Voris: Well, here it is.

Tim Muter: Means nothing to me.

Michael Voris: Alright, well who are you?

Michael Voris: They sent out the facility director, as opposed to the communications person who should be answering this?

Tim Muter: I can't help that, all I can tell you is you're not coming in, so, there's no need to be here.

Michael Voris: Well, there is a need to be here 'cause we're looking for some answers, this isn't private information, this is public information.

Tim Muter: I'll give you a piece of public information.

Tim Muter: No, not on record.

That all of this would happen here in Saginaw comes as no surprise to church insiders. The bishop here used to be gay-friendly Kenneth Untener who during his 3-year stint as rector at St. John's seminary for the archdiocese of Detroit actually required seminarians to watch homosexual pornographic movies using the excuse that it was all for a class on human sexuality. Untener was supported in his pro-gay activity by his friend, the modernist Detroit Auxiliary Bp. Thomas Gumbleton, a longtime advocate for homosexuality and vicar general of the archdiocese of Detroit and point man for the wildly liberal Cdl. John Dearden who ruled the church in Detroit for over 20 years.

Longtime observers note that the gay mafia so influential in the Detroit clergy advanced tremendously under the combination of Dearden, Gumbleton and Untener. When Untener was promoted to bishop in 1980 and sent to Saginaw, faithful Catholics here say the gay-clerical mafia had a strong ally and ran wild just as had happened in Detroit, an hour or so down the road. Critics of Untener say he learned how to promote and advance homosexual clerics into key positions from his days in the archdiocese of Detroit where for decades homosexuality among priests was almost a guarantee of career advancement and many of the current senior clergy in Detroit have benefited from that.

To this day, the archdiocese of Detroit under Abp. Allen Vigneron is still home to the world's oldest Dignity Mass, a group of Catholic gays lobbying for a change in church teaching. When news of the dignity Mass broke back in the early 1990s, Communications Director Ned McGrath repeatedly lied and stonewalled about its presence at a Detroit parish as outlined in a Catholic World Report expose. Public scrutiny eventually forced the weekly Sunday Mass to be moved to a local Catholic college run by liberal nuns with the presence of the Dignity Mass even being protested by faithful Catholics in 2012, but Abp. Vigneron has allowed it to continue, fearing he would upset his homosexual, senior clergy. Longtime observers of all this say the homosexual clergy problem was especially prevalent in Detroit from the 1970s through the early 2000s which then spread it to other dioceses around the state and the country as gay men or gay-friendly men were made bishops and sent to infect other dioceses promoting fellow homosexuals.

This case against high-ranking cleric Fr. Robert DeLand may prove to be much more than just a single case that could bring down the diocese and Bp. Cistone financially and possibly criminally. It is shaping up to be the case that threatens to expose the entire infestation of homosexual clerics in various dioceses throughout Michigan with all roads leading back to the archdiocese of Detroit. 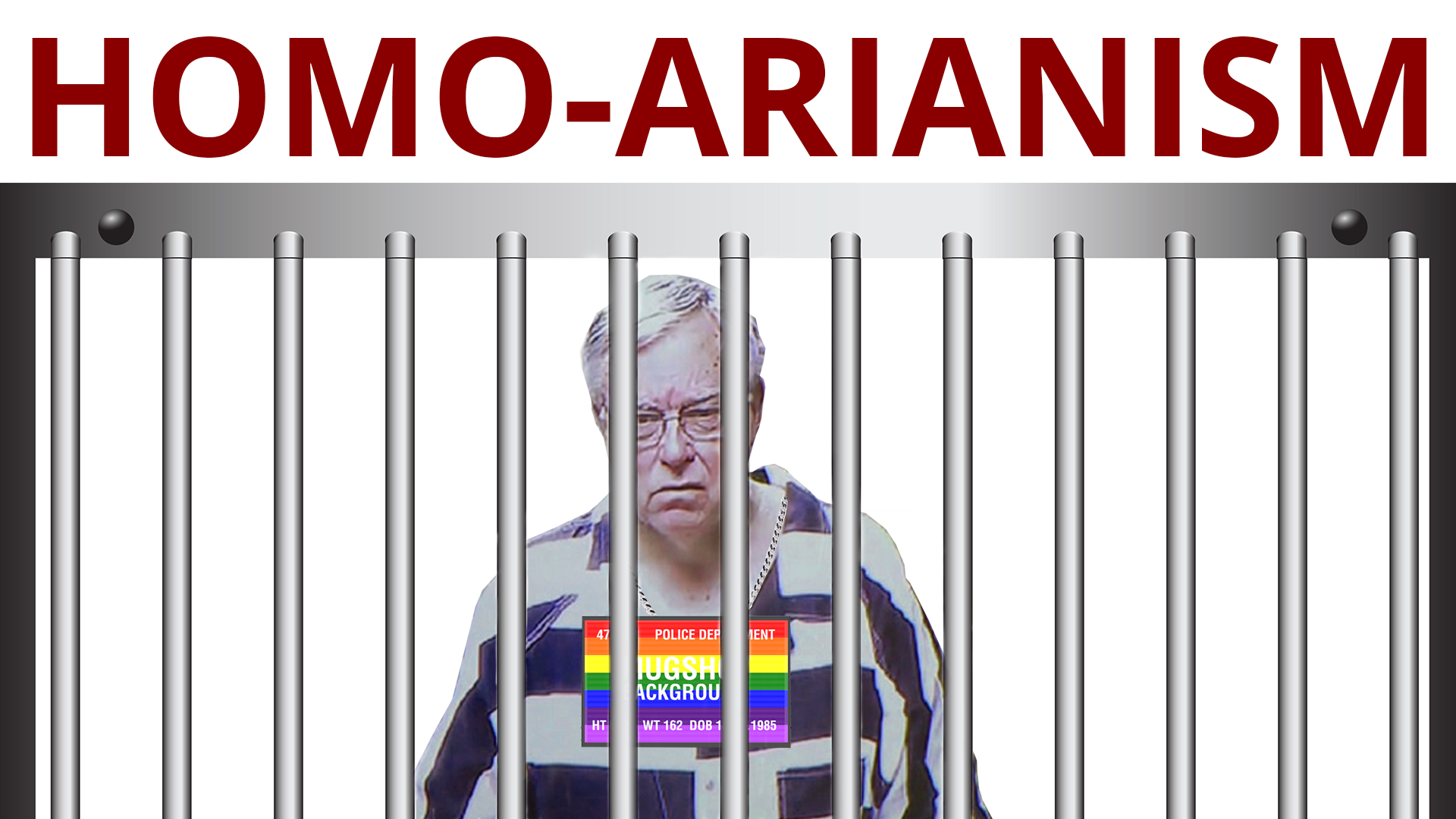